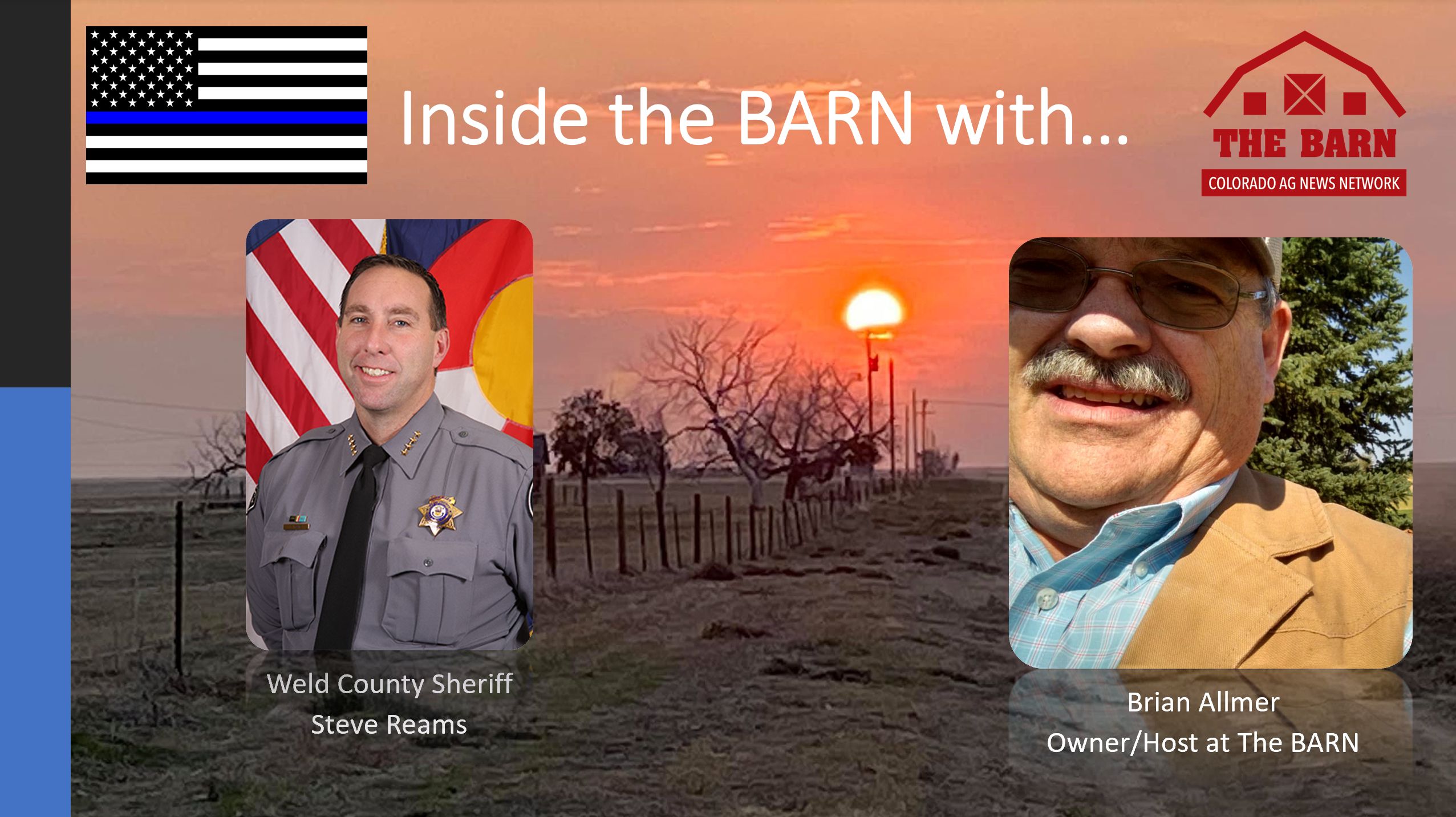 Inside The BARN with Weld County Sheriff Steve Reams

Update on recent CDA/WCSO Animal Abuse Case in Weld; Thoughts on Governor Polis’ State of The State; How YOU can make a difference NOW on issues that Impact Weld County & the State and much more…

Sheriff Steve Reams began his career with the Weld County Sheriff’s Office in 1997 as a master control operator in the Weld County Jail. During his time at the sheriff’s office, Reams has held many positions in both the Detentions Division and the Patrol Division, which has provided him with a background and understanding of the day-to-day operations of all facets of the agency.

Sheriff Reams oversees more than 650 employees in the Patrol, Detentions, Courts and Volunteer divisions of the Weld County Sheriff’s Office. Sheriff Reams is statutorily required to provide public safety services to over 300,000 residents in a county that encompasses 4,017 square miles. He is responsible for the operation of the Weld County Jail, which will soon expand its capacity to approximately 1,300 inmates. He’s also responsible for providing inmate transport and security services to the county and district courts of Colorado’s 19th Judicial District.