Carter to Step Down as National Bison Association Leader 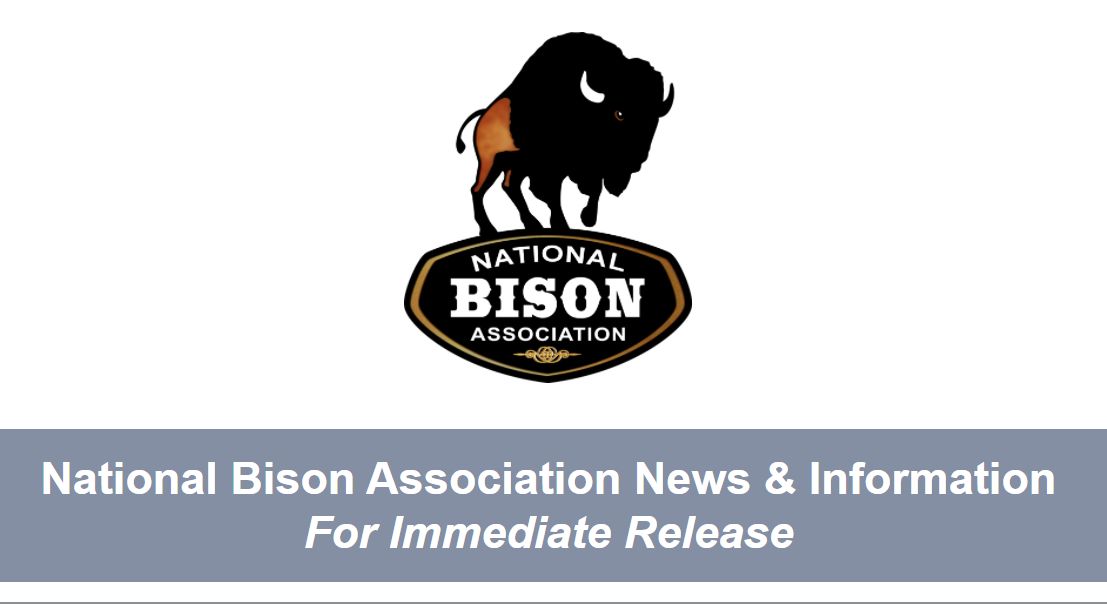 WESTMINSTER, CO (March 28, 2022) — National Bison Association (NBA) Executive Director Dave Carter has announced that he will be stepping down as the organization’s leader after more than two decades of helping to build the business as a solid, economically growing sector within the food economy while restoring bison to native habitat across North America.

Carter said, “Leading the National Bison Association for the past 21 years has been the highest professional honor of my life. Never a day has passed that I didn’t learn something from this magnificent animal, and from the people who have the privilege to be part of the buffalo community.”

“The National Bison Association is not a large organization but has members willing to step forward to provide leadership whenever asked,” he said. “Throughout the past two decades, we have moved the bison business forward with an unwavering commitment to deliciously healthy meat from animals raised in a manner that respects their native environment.”

No date has been set for Carter’s departure from the association. He said he will be working with the NBA board of directors to assure a smooth transition to new leadership.

NBA president Chad Kremer noted, “ Mr. Carter has worked tirelessly alongside the staff, board, and members of this great association over the last 20 years. He came into the bison community at a very tumultuous time when the market hit a bottom. His dedication and passion for serving members and learning the ‘buffalo way’ led him to invest in bison of his own. That speaks volumes about his passion for this great animal. His knowledge and connections helped move the bison industry to a new level that was needed. I believe I can say on behalf of all members of the association that Dave will be missed in the Executive Director capacity and we all wish him the best in his new position. We know we will still enjoy his company at the numerous bison gatherings throughout the year, thank you Dave for your guidance.”

Carter came on board with the bison association in 2001, when the business was described as being in an “economic meltdown.” Rapid expansion in bison herds in the 1990s had not been matched by growth in consumer demand.

Under Carter’s leadership, the association worked with ranchers, marketers, and consumers to promote the great taste, nutritional attributes, and ecological benefits of deliciously healthy bison meat.

He also represented the bison business in Washington, D.C., where he regularly led delegations of NBA members to meet with key U.S. Department of Agriculture agen

“The relationships developed through those meetings between our members and USDA officials helped assure that bison producers had access to research, grant programs, export development, disaster assistance, and to the resources provided to agriculture under COVID relief packages,” Carter said.

Recently, the bison association’s Science and Research Committee, the National Buffalo Foundation, and South Dakota State University established the Center of Excellence for Bison Studies at SDSU. That Center is now supporting more than a dozen research projects in herd health, meat quality, ecosystem restoration, and other topics.

Following his departure from the National Bison Association, Carter will help lead a team engaged by USDA’s Agricultural Marketing Service to coordinate the agency’s technical assistance to organizations and producer groups receiving grants and loans through the new USDA Meat and Poultry Processing Expansion Program.