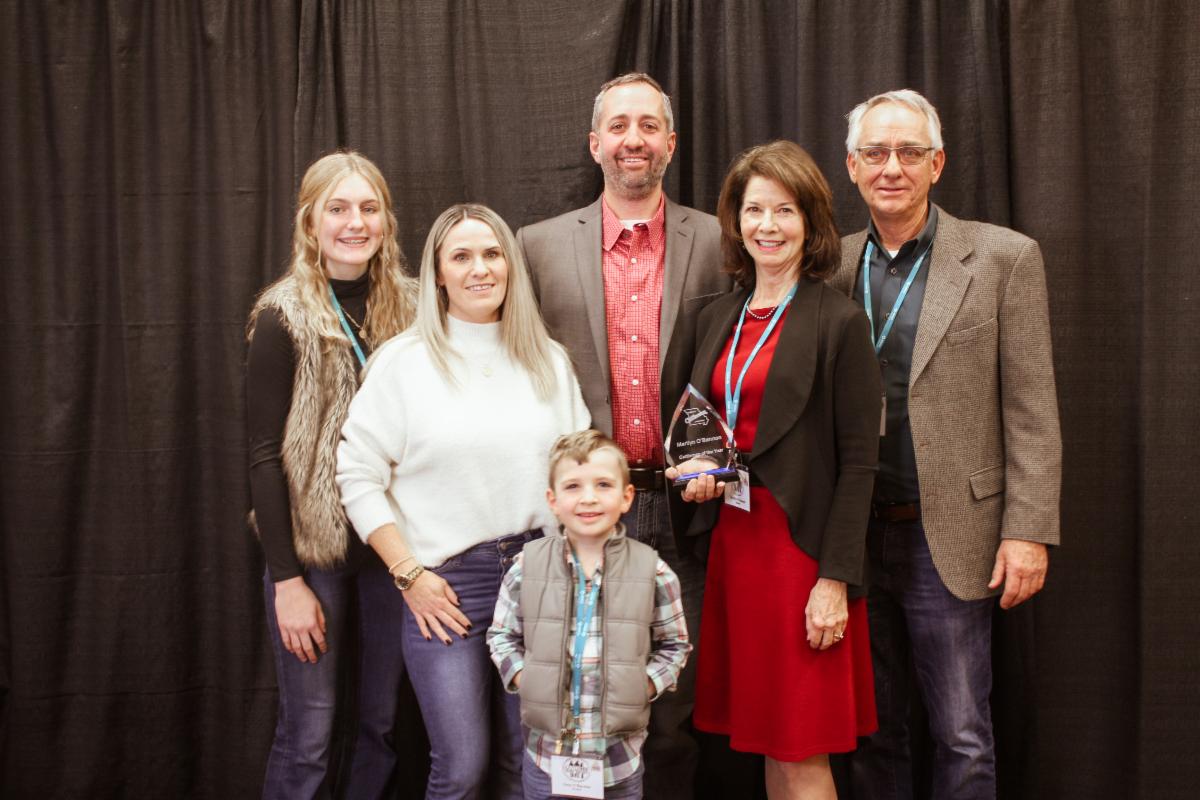 OSAGE BEACH, MISSOURI (Jan. 17, 2022) – The Missouri Cattlemen’s Association recognized a Madison, Missouri, cattle producer as the 2021 Cattleman of the Year at its annual convention in Osage Beach, Missouri, on January 8, 2022. Marilyn O’Bannon was presented the award for her relentless efforts furthering MCA’s quest to reform eminent domain laws in the state.

Founder of a landowners’ group, O’Bannon has been at the forefront of Missouri’s defense of private property rights for more than eight years, and she continues to engage with legislators, farmers and ranchers to continue the conversation. This year, she worked alongside MCA and Missouri Farm Bureau to organize a united front against the Grain Belt Express and influenced many non-MCA members impacted by the project to join the organization and the fight.

In addition to her extensive time spent organizing voices and promoting discussion, O’Bannon raised substantial funds when Missouri was outmatched by big, out-of-state money. Her personal contributions of time, money and effort, however, are unmatched.

“Marilyn has been a member for a very long time but hasn’t been in leadership or in the spotlight much,” said John Cauthorn, past MCA president. “But this award was created to put focus on any member who went above and beyond in the respective year, and there is no one more deserving of that recognition in 2021 than Marilyn O’Bannon.”

Along with her sons and husband of 44 years, O’Bannon operates a diversified livestock and row crop farm in Northeast Missouri. Click here for the link to her video.

While the association dates back to 1911, MCA has been presenting the Cattleman of the Year award since 1965 and O’Bannon is the 58th recipient of the award.