LA JARA, COLO. — Colorado Farm Bureau leadership participated this morning in a federal roundtable about the impact of the proposal to repeal and replace the Navigable Waters Protection Rule (NWPR). The event was hosted by the Small Business Administration (SBA) Office of Advocacy. Colorado Farm Bureau Vice President James Henderson, a rancher from La Jara, joined several other farmers and ranchers attending the roundtable to explain why this rule is so consequential for agriculture. 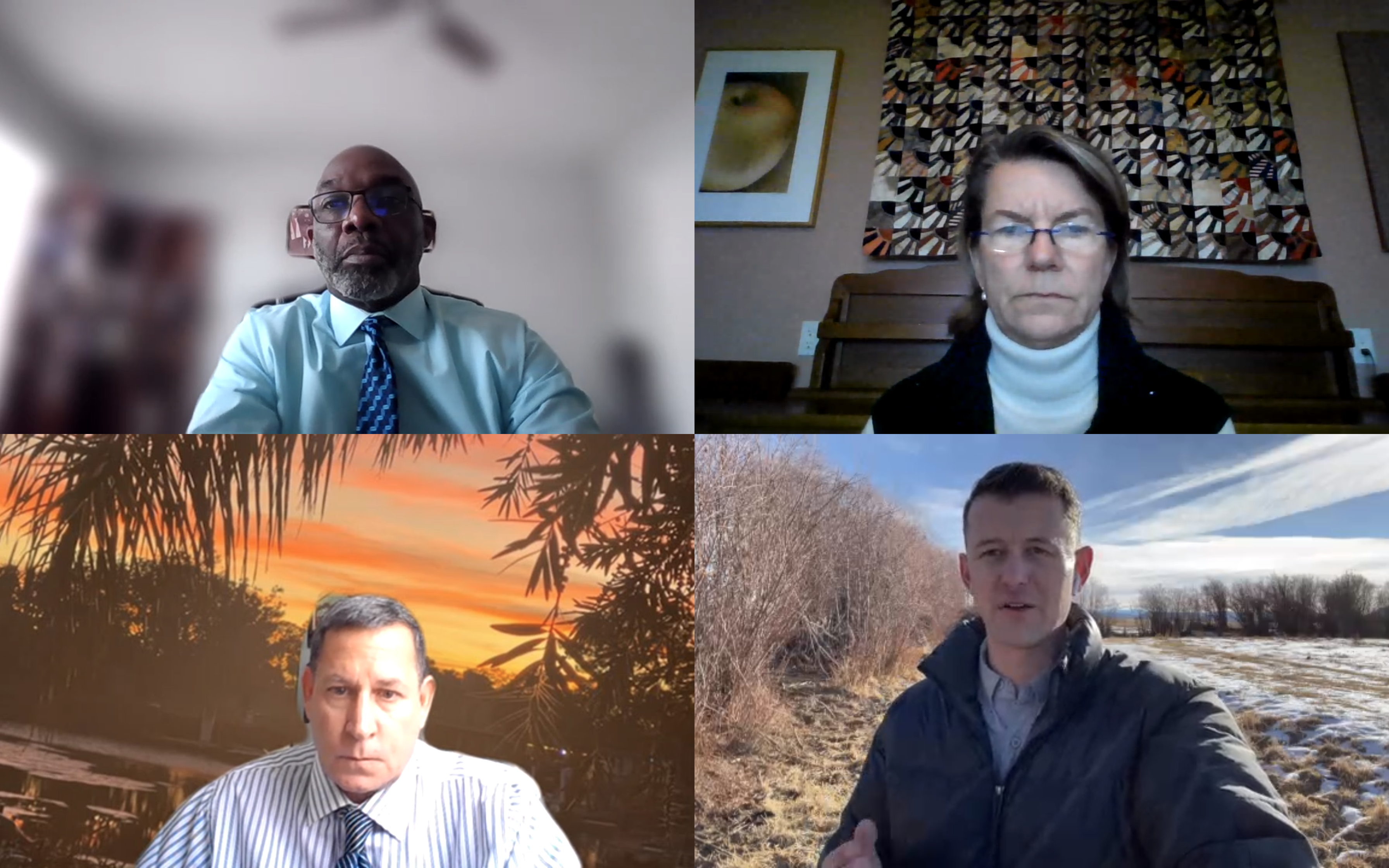 The Biden administration recently proposed a “step 1” Waters of the United States (WOTUS) Rule. Despite claims to the opposite from the Environmental Protection Agency (EPA) and Army Corps of Engineers, a new WOTUS rule will have a significant impact on small businesses and family farms. The “significant nexus” test, particularly, will greatly expand federal jurisdiction onto private lands and make it difficult for farmers and ranchers to decipher where their property is impacted.

“EPA’s proposal would again extend federal rules to the driest parts of the West,” said Henderson while standing in a ditch that remains dry most years but would be subject to federal authority as a navigable federal waterway under the new rules. “The rules would force ranchers like me to hire lawyers to seek approval for everyday tasks in areas where water runs only a handful of times every decade.”

Additionally, Henderson explained that because his irrigation water is delivered through mutual ditch associations, he would need to hire attorneys to interpret rules and gain permits for multiple entities, all for the same routine farm and ranch activities like clearing brush from ditch banks.

“Farmers are dedicated to protecting the resources they’re entrusted with while raising the food our country relies on,” said AFBF President Zippy Duvall. “We support responsible rules that protect the environment, but we shouldn’t need a team of lawyers to interpret those rules just to farm our land. The NWPR brought clarity to water regulations, yet farmers and ranchers are again caught in the middle of changing regulations. We urge EPA to return to commonsense protections for the nation’s waterways. Our goal is simple – clean water and clear rules.”

CFB applauds the SBA for scheduling roundtables to hear from families who will be directly affected by a change in water regulations. The changes come following years of changes to existing Clean Water Act rules. A 2015 rule greatly expanded the jurisdiction of federal authority but was vacated by the courts nationwide. Similarly, the Trump Administration’s Navigable Waters Protection Rule was also held up by the courts.