John Deere Evolution: The Design and Engineering of an American Icon 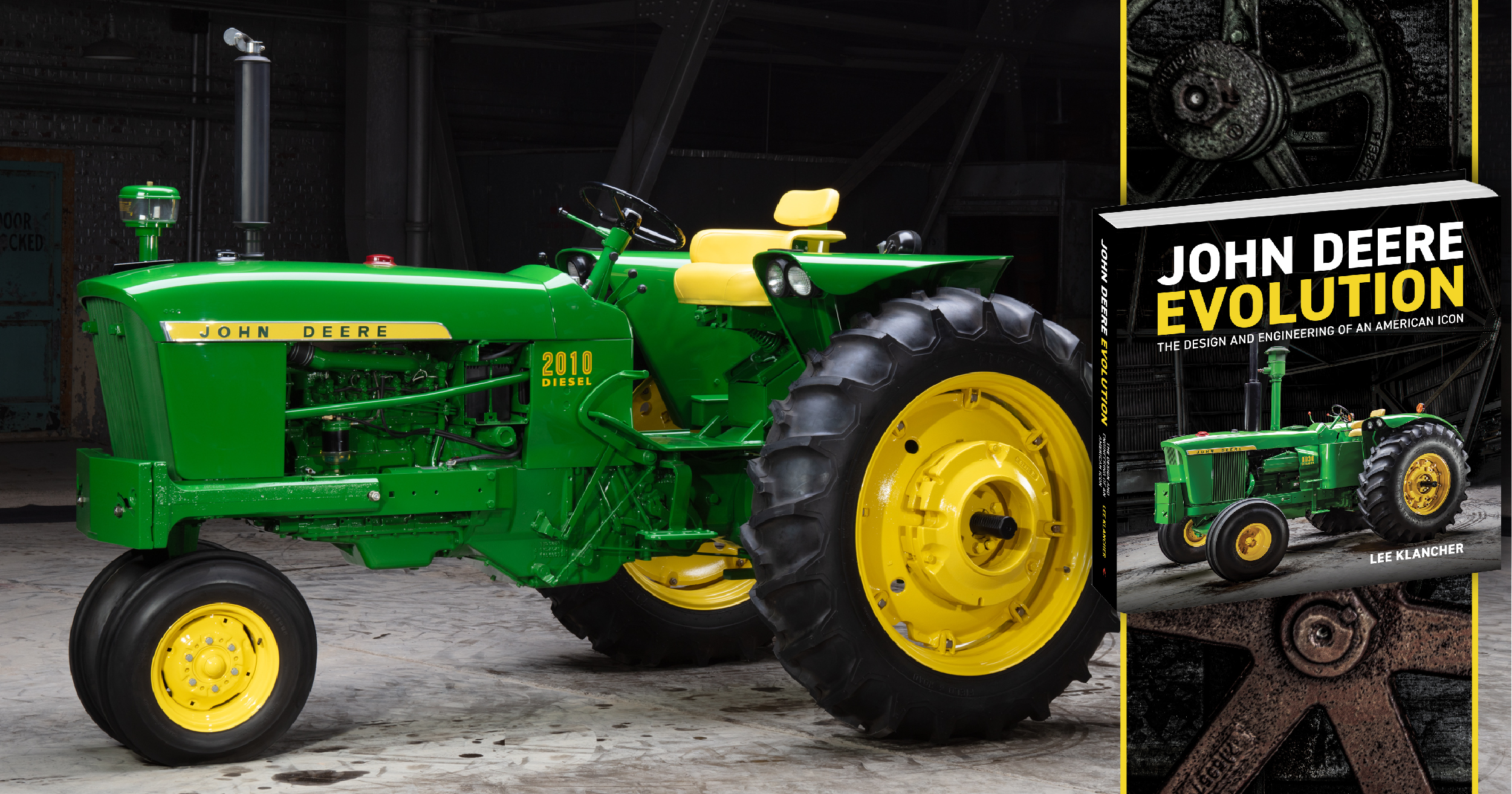 The most anticipated tractor book of the year has arrived!

Austin, Texas (January 4, 2022). John Deere Evolution is the result of ten years of research, photography, and writing by award-winning author and photographer Lee Klancher. The book chronicles the design and engineering evolution of John Deere tractors from the first models to the most current, with lavish imagery that includes contemporary and archival photography, concept drawings, and more. The beautiful book is also encyclopedic, with images of and data listings for every model line built by John Deere since 1919.

As with Klancher’s award-winning Red Tractors series of books, John Deere Evolution reveals a wealth of new details about the evolution and design of Deere’s tractor line. Gathering materials required traveling around the United States and unearthing new pages not found in the digital collections or previous books from the Theo Brown Diaries kept at Wooster Polytechnic Institute.

Research at the Cooper Hewitt, Smithsonian Design Museum in New York City resulted in the stunning discovery of dozens of boxes of unpublished material donated by the Henry Dreyfuss Agency (HDA), the industrial design firm that has worked with Deere since the 1930s. Acquired by the Cooper Hewitt in the 1980s and first cataloged by Klancher and the archival team at the museum, the concept drawings, sketches, and photographs found in this collection shed new light on how John Deere tractor style, ergonomics, and engineering evolved.

Matching the fantastic new visual material in the book is an in-depth history that includes interviews with John Deere engineers, industrial designers, dealers, and farmers who created, sold, and used the machines. The list of interviewees includes industrial designers Chuck Pelly and William Crookes as well as dozens of John Deere engineers, many of whom provide insight on developmental evolution and secret prototypes. Among the unusual machines profiled in the book are the little-known John Deere rotary engine tractor prototype built in New Jersey in the 1980s and a prototype articulated combine built with a competitor’s separator inside. Read about back-acre espionage, the development of the 7000 series, the evolution of the Sound Gard body, four-wheel-drive development, the high-horsepower two-wheel-drive program, and much more.

The studio photography is a major attraction of the work, with images made at the incomparable Keller collection in Wisconsin as well as at the 2019 Half Century of Progress Show in Rantoul, Illinois. At both locations, custom-built studios were constructed and more than 20,000 watts of power driven through an overhead Chimera F2X light box. Some of the most valuable green tractors in existence are spectacularly lit, from rare early machines to first examples of the latest tractors from the 1970s and 1980s.

The book includes dozens of images of vintage John Deere tractors photographed outside in natural light, many of which are among the most valuable machines to exist in private collections. The modern imagery, accompanied by period images from the Smithsonian, the Library of Congress, National Archives, and other notable historic archives, add visual depth to the history.

A one-of-a-kind work offering fresh insight on how and why modern Deere machines were built, this gorgeous, engaging work is a must have for anyone who loves history and farm machines.

The hardcover book is available anywhere books are sold, or direct from the publisher at octanepress.com.

Title: John Deere Evolution: The Design and Engineering of an American Icon

Lee Klancher’s career encompasses more than 30 years of publishing great stories. As an editor and publisher, he has overseen the development of some of the most-respected and best-selling books in the transportation niche. A prolific author and photographer, Lee has contributed words and images to more than 30 books as well as dozens of national magazines including Men’s Journal, Draft, and Motorcyclist.

A book junkie and an obsessive student of his craft, Lee has also taught writing and photography at the Minneapolis College of Art and Design. He is best-known for his award-winning books and calendars covering farm tractors, including Red Tractors and Red 4WD Tractors. He has rented an abandoned air force base to create a book cover, and built a custom 20×40-foot studio to photograph 30 of the most valuable John Deere tractors in private hands. He and his camera have climbed the Julian Alps, explored breweries on four continents, and ridden backcountry motorcycle routes in the Bolivian Amazon, the Australian Outback, and on the island of Hokkaido, Japan.

When not working on a book or a photo shoot, Lee busies himself cycling, traveling, reading, and enjoying the outdoors. Lee lives in Austin, Texas with his wife, Joan as well as their dog, Red.