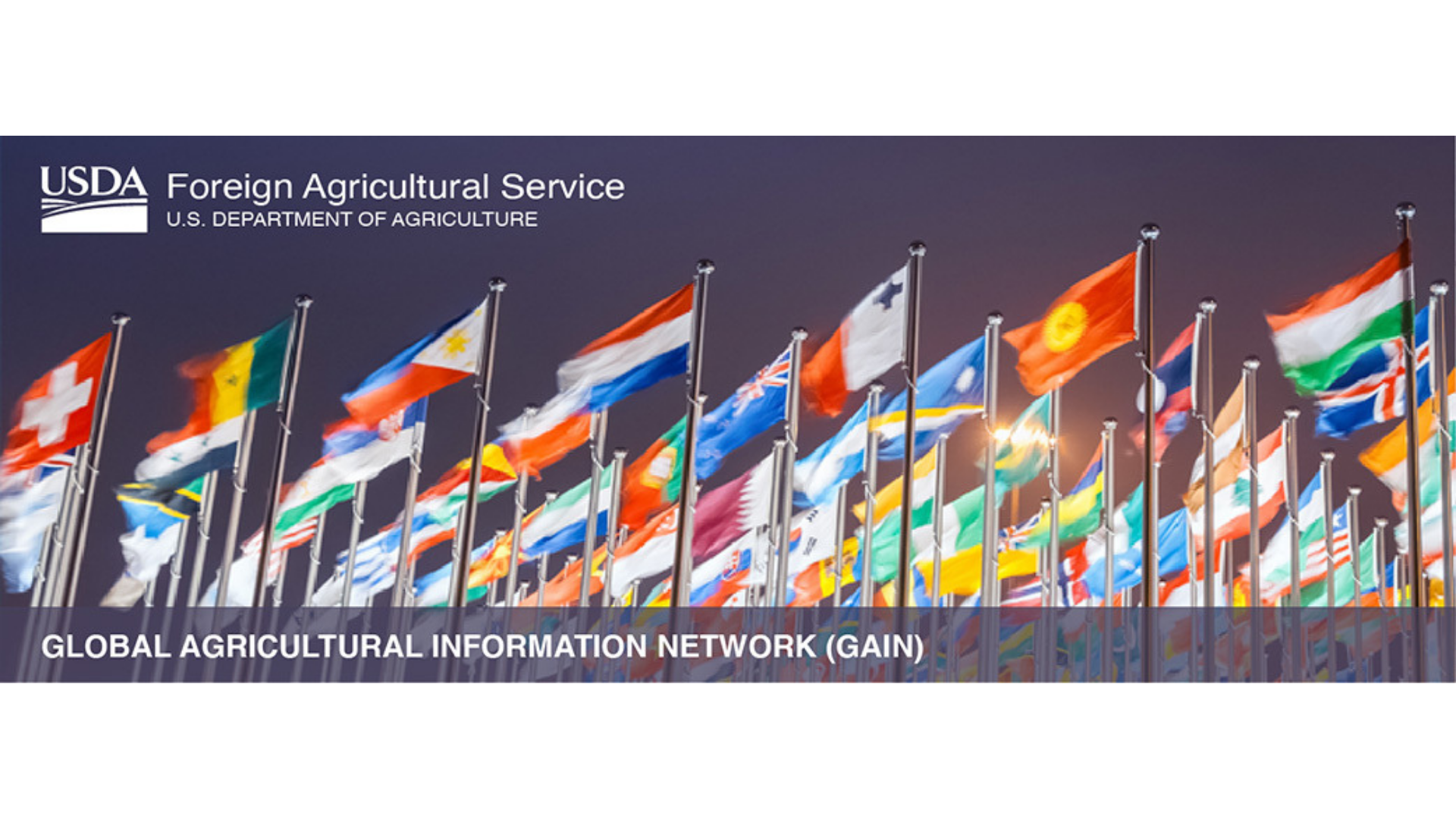 The following GAIN reports were released on December 3, 2021.

Colombia remains open to the adoption of biotech-derived commodities and other innovative technologies. In 2020, Colombia increased area of GE (genetically engineered) corn grown by 23 percent while the area planted of GE cotton declined by 37 percent from 2019. Ongoing dialogues related to biotechnology regulations, including discussions related to low-level presence (LLP), GE labeling, GE-derived agricultural product imports, and GE-free municipalities need to be finalized to stabilize Colombia’s regulatory environment for GE products.

While still in the early stages for adopting genetically engineered (GE) products, the Government of Cote d’Ivoire is making strides to put systems in place to eventually allow GE products onto the market. The ratification of the Cartagena Protocol and the creation of the country’s first biosafety law have been the initial steps taken towards acceptance of GE products in Cote d’Ivoire.

In El Salvador, there is no legal impediment to the use of biotechnology for food, feed, and processing. However, no GE crops are currently cultivated. Genetically engineered (GE) corn field trials were successfully completed in March 2009. Also, the Ministry of Environment completed the regulatory framework for their safe use and commercialization in 2004. On April 30, 2008, El Salvador abolished Article 30 of the Planting Seed Law that required imported seeds to have a phytosanitary certificate with an additional declaration stating that the seeds did not contain GE organisms. El Salvador ratified the Cartagena Protocol in 2003. A new government administration that took office in June 2019, has shown interest in biotechnology and how it can help advance agricultural competitiveness in El Salvador. However, there is a need to provide information about the technology to decision makers, specifically at the Ministries of Agriculture and Environment, so that it can be fully adopted.

Though momentum towards environmental release of the Bt cowpea seems to have slowed down, approval remains inevitable. Dossier on Nitrogen Use Efficient (NUE) rice is ready for submission.

No changes to the regulatory framework or new crop event approvals were reported during 2021, a consequence of the COVID pandemic. For the same reason, the approval of the Procedural Manual for the implementation of the law for the Protection of New Varieties of Plants (UPOV) has been delayed until at least the end of 2021. Three field testing applications for GE bananas were submitted early this year to the National Committee on Biotechnology and Biosecurity (NCBB), but so far have not been resolved. As of September 2021, Honduras had more than 38,000 hectares of GE corn production, similar to 2020.

Indonesia’s economy is gradually improving as COVID-19 cases decline. As the Government relaxes social distancing measures, demand for wheat-based food is recovering from pandemic-induced lows. 2021/22 Imports of wheat are forecast to rebound to 10.6 million metric tons (MMT), a 2 percent increase from the previous forecast of 10.4 MMT. Indonesia is predicted to continue experiencing La Nina weather patterns until February 2022. Due to the resulting ample rainfall, Post is slightly revising up 2021/22 rice production from the previous forecast to 35.4 MMT of milled rice.

Rice export prices decreased 1-2 percent due mainly to the weakening of the Thai baht against the U.S. dollar.

Despite negative effects of the COVID-19 pandemic, Vietnam’s spinning mills have successfully managed their operations and captured China’s increasing demand for cotton yarn. Vietnam’s cotton yarn exports to China in marketing year (MY) 2020/21 increased 13 percent to 984 TMT year on year. Vietnam’s cotton imports also increased 12 percent in MY 2020/21 to meet with the larger production and exports, reaching roughly 7.3 million bales [or 1.59 million metric tons (MMT)]. However, U.S. cotton exports to Vietnam in MY20/21 decreased 20 percent in volume, to 673 thousand metric tons (TMT), due to larger purchases from China and tough competition from Brazil and Australia. Post estimates that Vietnam’s cotton imports for MY21/22 to increase 7 percent over the previous year, to 7.8 million bales or about 1.7 MMT.

This report provides trade data on Vietnam’s monthly rice exports by grade and destination and weekly export quotes for rice by grade.