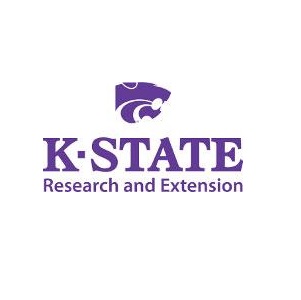 MANHATTAN, Kan. – Kansas State University beef systems specialist Jaymelynn Farney knows that every cattle producer has different herds and goals, but cool season annual grasses should be important to all of them.

“On the brassicas if you have cows out there, you can turn them out any time and they seem to graze those brassicas well,” Farney said. “About six inches is the starting height for grazing.”

Researchers suggest not grazing below two inches even though Farney said she has seen grass that survives well even when grazed lower than that.

She recommends waiting until after the first good killing freeze before turning weaned calves out on the brassica. Letting the brassica freeze helps with palatability: “If they won’t eat it, they don’t get the benefit of the brassicas,” she said. The same amount of energy can be obtained from brassicas and corn.

“You do have to worry about some digestive issues,” Farney said. Her main concern is the cattle getting a frothy or foamy bloat. Some management practices that will help producers manage digestive issues include:

Wait until midday to turn the cattle out.
Allow cattle to get full on roughage before turning them out.
Include poloxalene (a product to prevent bloat in cattle) in their ration.

Farney also has a concern regarding grass tetany, a disease caused by magnesium deficiency. Lush, rapidly growing forage is often low in magnesium, which is a contributor to lactating cows going down. “Make sure that you have a high magnesium mineral out there (and) that they are consuming it,” she said.

Farney also said there is economic benefit to allowing cattle to graze on cover crops. It’s also beneficial to soil, since livestock waste is known to contribute to a higher degree of organic matter.

“We always want to be able to maximize our land usage to the greatest degree,” Farney said.

K-State Research and Extension is a short name for the Kansas State University Agricultural Experiment Station and Cooperative Extension Service, a program designed to generate and distribute useful knowledge for the well-being of Kansans. Supported by county, state, federal and private funds, the program has county extension offices, experiment fields, area extension offices and regional research centers statewide. Its headquarters is on the K-State campus in Manhattan. For more information, visit http://www.ksre.ksu.edu. K-State Research and Extension is an equal opportunity provider and employer.