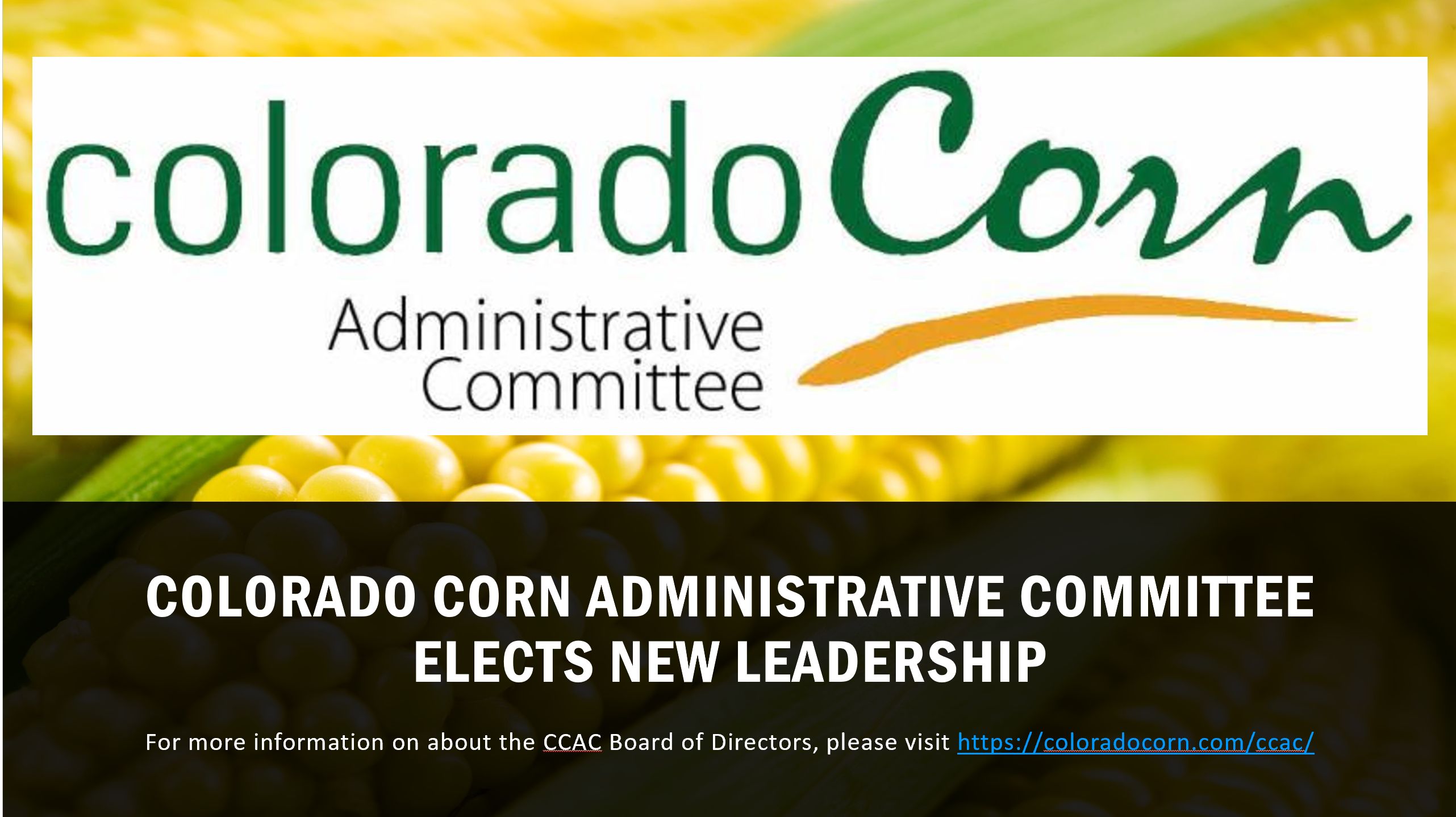 October 15, 2021 – The Colorado Corn Administrative Committee is pleased to announce that four directors have been elected to serve in leadership positions including President, Vice President, Secretary and Treasurer. The elections were held virtually on October 11. The elected members are as follows:

This will be the second continuing term for both Jeremy and Josh in their respective roles, and the first term for Rod and John. “I am thankful to be serving as President of the CCAC. I appreciate the trust that the Directors of the Board have placed in me to lead them for another year. I am hopeful that in this upcoming year the CCAC will continue to meet the needs of the corn producers of Colorado and to expand demand for grain corn. While U.S. farmers speculate as to what 2022 will hold, I am certain that the CCAC is ready to handle every challenge,” said Jeremy Fix, President for the CCAC.

The Colorado Corn Administrative Committee (CCAC) is a statewide board that consists of seven district directors, seven alternates, one at-large director and alternate, and an additional director and alternate from the largest and second-largest corn producing district for a total of 20 members. Members of the CCAC are appointed by the State Commissioner of Agriculture from nominations submitted by corn producers.

For more information about the CCAC Board of Directors, please visit https://coloradocorn.com/ccac/