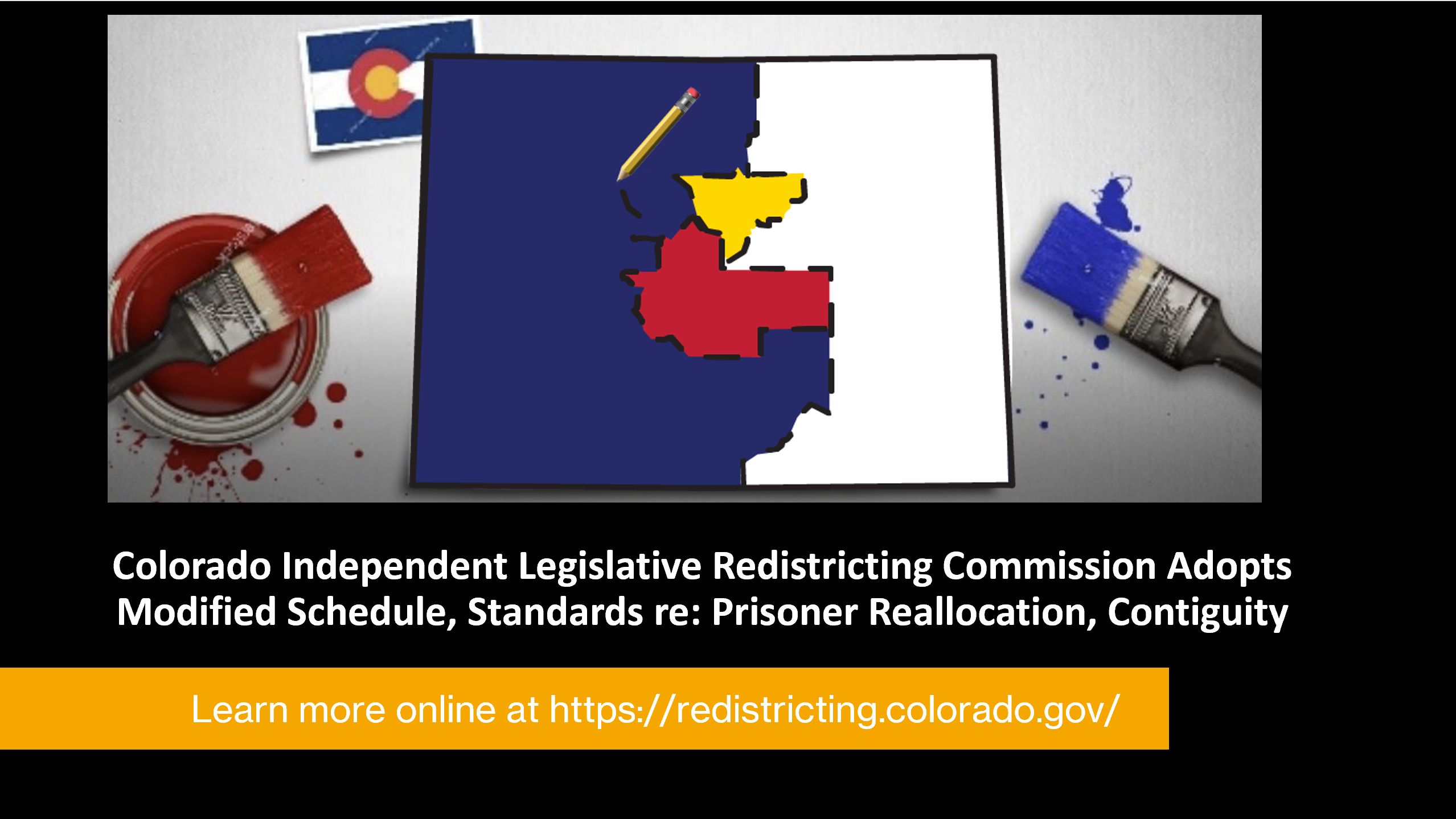 The revised schedule is as follows:

The Colorado Independent Legislative Redistricting Commission today embarked on a discussion of standards, guidelines and methodologies for staff plans, pursuant to the Colorado Constitution, Article V, Section 48.2 (3), and adopted the following: