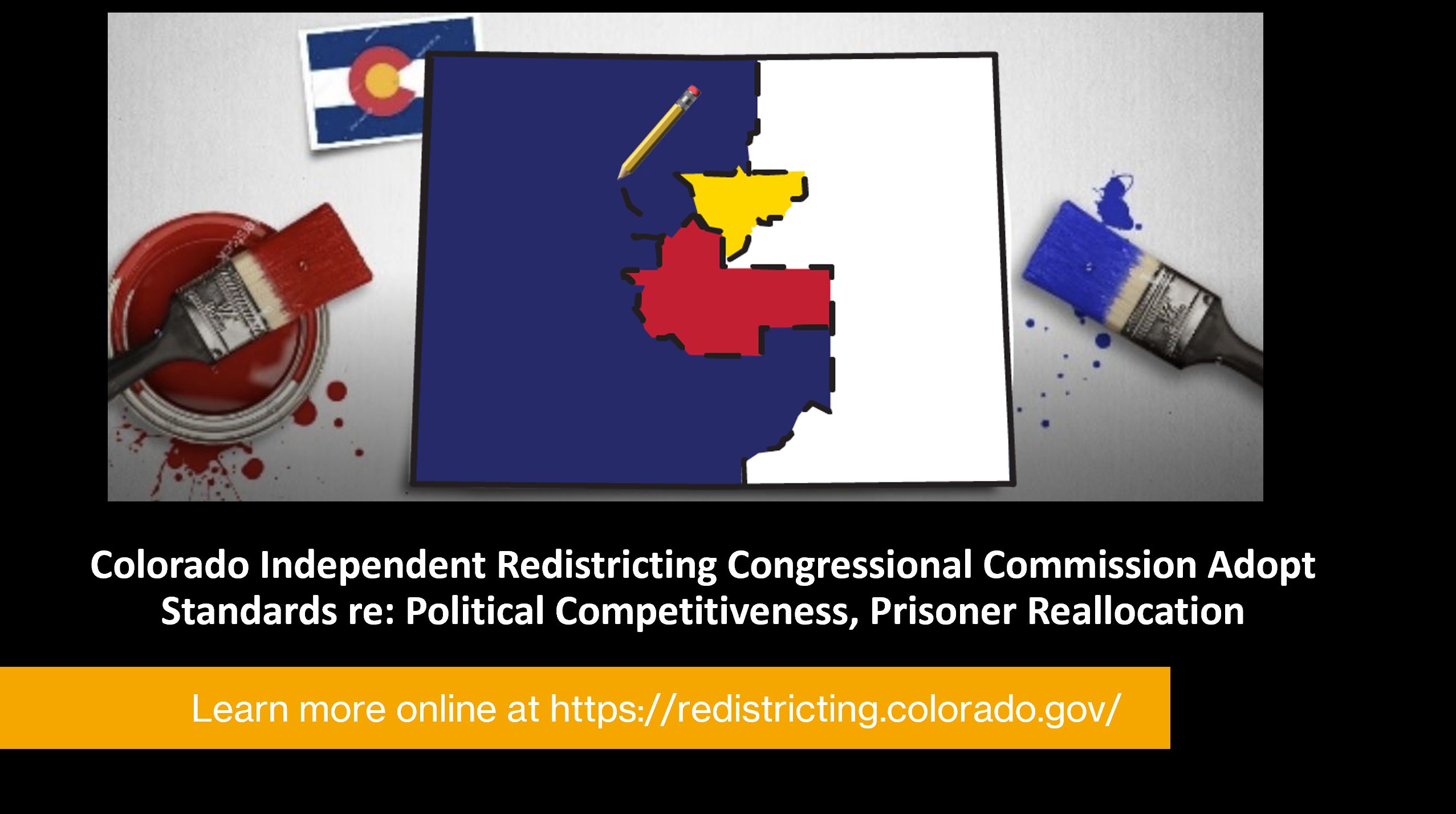 The Colorado Independent Congressional Redistricting Commission today embarked on a discussion of standards, guidelines and methodologies for staff plans and adopted the following:

The United States Census Bureau today released data including the population growth that warrants adding an eighth additional Congressional district in Colorado. According to the US Census Bureau, the data released today provides the first look at populations for small areas and includes information on Hispanic origin, race, age 18 and over, housing occupancy and group quarters. They represent where people were living as of April 1, 2020, and are available for the nation, states and communities down to the block level.