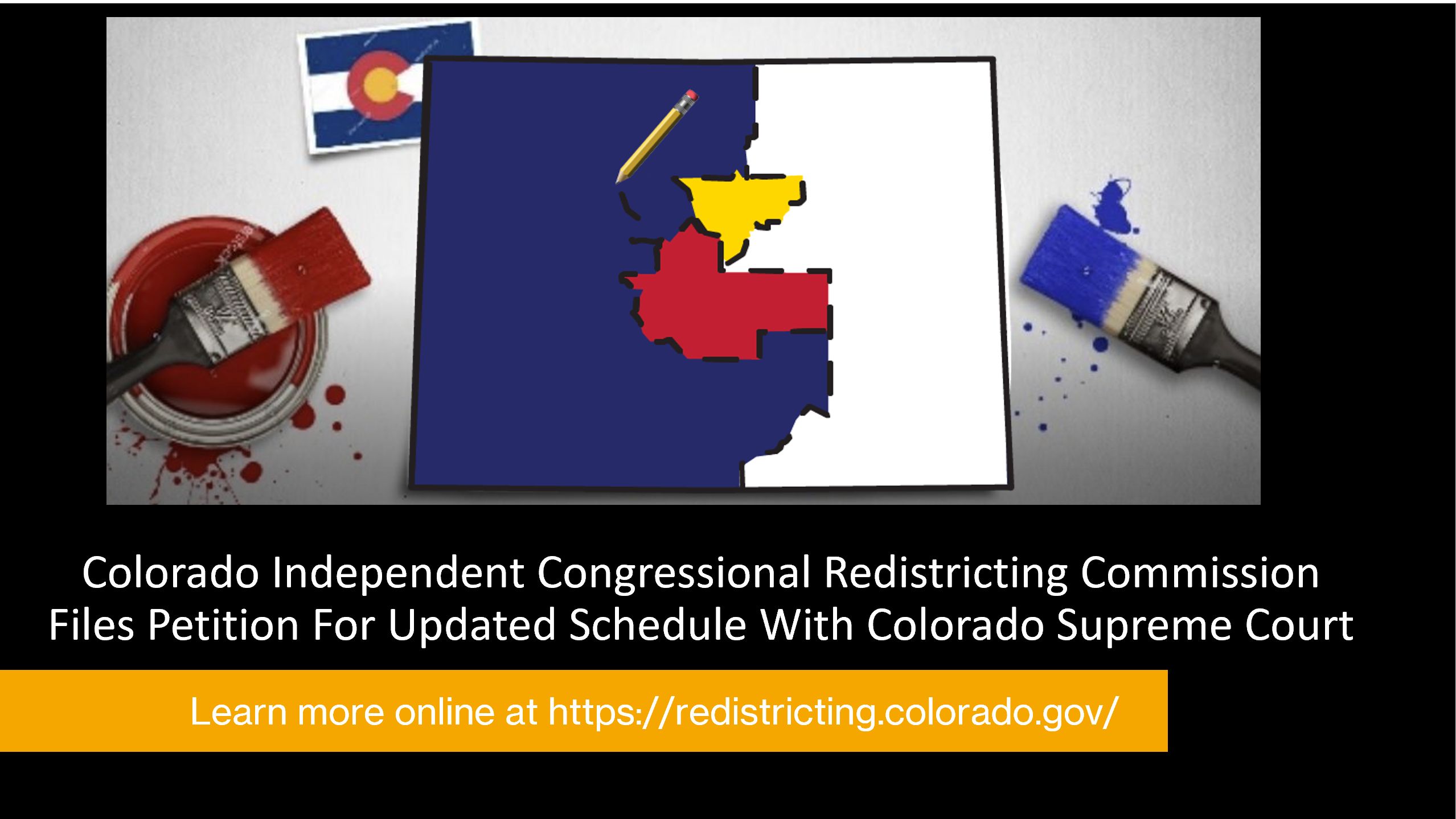 On July 13th, attorneys for the Colorado Independent Congressional Redistricting Commission filed a petition for judicial review with the Colorado Supreme Court. Attorneys included a request for the court to establish a revised schedule under Colorado Constitution Article V, Section 44.5(1).

The petition states that due to census delays caused by the COVID-19 pandemic, it will be “difficult for the commissions to both make use of the up-to-date census data and submit plans within the constitutionally mandated timelines.”

The Commission requests the court adjust its September 1 deadline for approval of a final plan and proposes the following schedule:

In its petition, the Commission asked the court to adopt the above schedule, clarify adherence to the September 1 deadline and allow a further condensed schedule, or provide the Commission with other scheduling guidance.