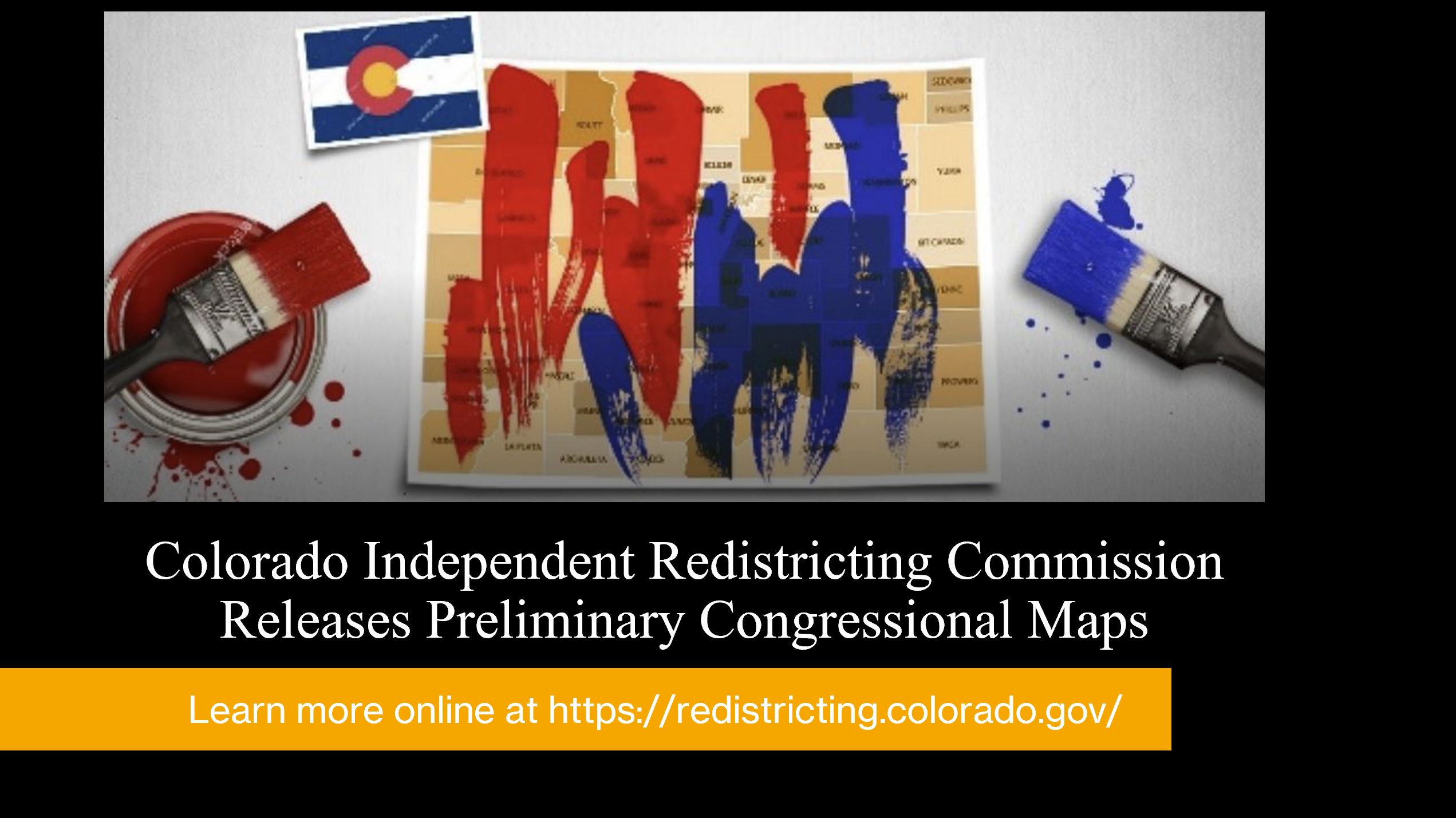 These maps, compiled by nonpartisan commission staff, are a starting point as the commissions gather public input over the course of the next several months. Redistricting commissions staff and the Colorado State Demography Office worked together to create the preliminary data set, which was approved by the commissions last month. These maps will be presented and open to discussion and feedback in a series of public hearings across Colorado. The preliminary state senate and state house maps will be presented to the Legislative Redistricting Commission on Tuesday, June 29, 2021.

The preliminary data set is also loaded into the Redistricting Online Portal, a new tool available to the public today.  This tool allows anyone to draw and review Colorado redistricting maps and submit them to the commissions for consideration.

As stated in the Colorado Constitution, the new Congressional districts must:

Districts cannot be drawn for the purpose of:

After the roadshow of public hearings concludes, and once Colorado receives the census redistricting data, after Aug. 16, 2021, staff will refine the maps and present revisions to the commissions for consideration and approval. Upon adopting a final map, the commissions will submit maps to the Colorado Supreme Court for review and approval.

Written public comments will remain open and available through the public hearing process and the consideration of final maps. The commissions will also conduct a second round of public hearings, one in each congressional district, after maps have been completed using the final census data.