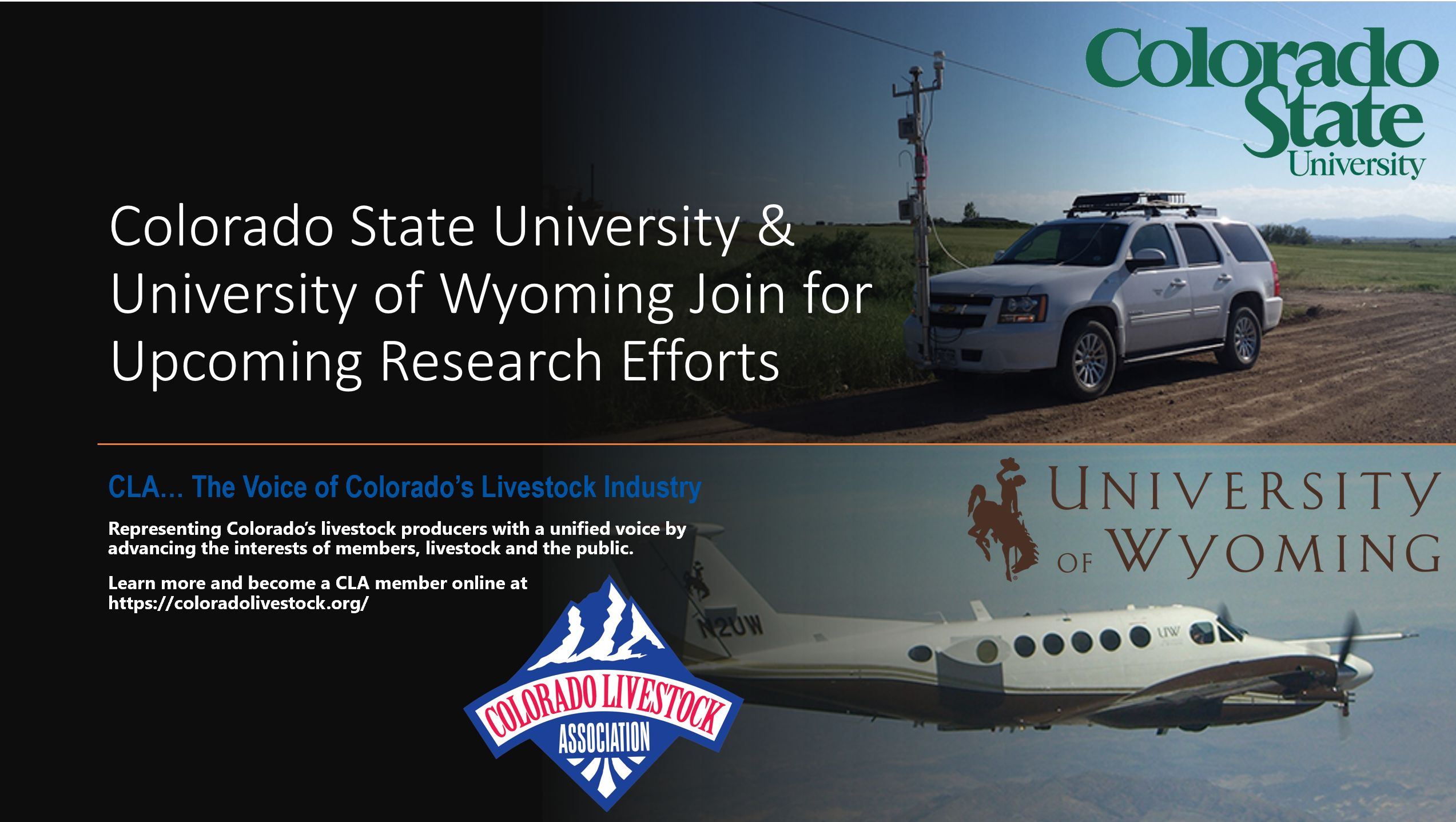 Between late July and early mid-October a team of researchers from Colorado State University and the University of Wyoming will be working in Colorado to measure the emissions and chemical transformations of ammonia. This pollutant contributes to fine particulate matter formation and nitrogen deposition; however, much less is known about the emissions, abundances and loss processes for this species than many other gases. Residents of Colorado may spot the University of Wyoming King Air research aircraft flying low and a white Chevrolet Tahoe with a CSU label slowly moving through public streets.

The research team has two overarching objectives and associated sampling strategies. The first set of objectives focuses on understanding the amount of ammonia present in the atmosphere downwind of large sources (i.e. concentrated animal husbandry activities) and how this changes with distance from a source. The research team will try to sample the emissions from as many large sources as possible. Understanding ammonia at this spatial scale is critical for improving air quality forecasts. During these operations individuals and communities can expect to see the Wyoming King Air circling individual facilities. The aircraft will begin upwind of facilities and then proceed downwind to approximately 10 miles away from target facilities.

The second objective is to investigate the chemistry of air that contains both agricultural and urban pollutants. The team is particularly interested in how this chemistry changes as polluted Front Range air moves up into the mountains. On days with strong upslope winds, residents of eastern Colorado may notice the King Air early in the day generally surveying the region. The aircraft will then proceed westward toward the Foothills perpendicular to the anticipated easterly wind. Ideally the aircraft will transit with pollution plumes up into the Rocky Mountains, ideally right up to the eastern boundary of Rocky Mountain National Park.