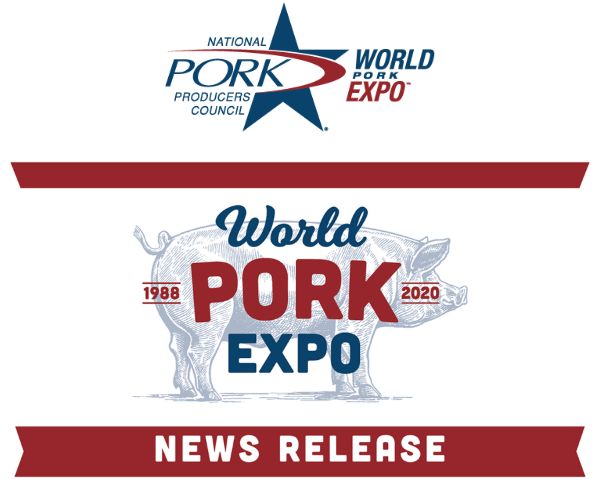 “After a two-year absence, we’re thrilled for the return of Work Pork Expo, showcasing the latest developments in the U.S. pork industry,” said NPPC President Jen Sorenson, communications director of Iowa Select Farms in West Des Moines, Iowa. “U.S. pork producers have a number of near-term challenges and priorities, including a federal court ruling that, if implemented later this month, will cause tremendous harm to hog farmers across the country. We need the Biden administration to quickly intervene and prevent this disastrous scenario from becoming reality.”

The federal court’s decision—which takes effect on June 29—struck down a provision of USDA’s New Swine Inspection System (NSIS) allowing for faster harvest facility line speeds. NSIS, initiated during the Clinton administration and evaluated at five pilot plants over 20 years, was approved for industry-wide adoption in 2019. NSIS modernized an inspection system that had remained unchanged for more than 50 years. At a time when the United States is seeking to increase much-needed pork harvest capacity, the court order will reduce plant capacity at six plants running at NSIS line speeds by as much as 25 percent. Smaller hog farmers will disproportionately bear the brunt of the court’s impact, undermining pork industry competition.

Additionally, NPPC is challenging California’s Proposition 12. Set to go into effect next year, it will impose arbitrary animal housing standards that reach far outside the state’s borders to farms across the country, while driving up costs for both pork producers and consumers. NPPC and the American Farm Bureau Federation have filed a lawsuit in the U.S. Court of Appeals for the Ninth Circuit, asking the court to strike down Proposition 12 as unconstitutional under the dormant commerce clause. Oral arguments were held in mid-April and a court ruling is anticipated by mid-summer.

Compliance with Proposition 12 will cost individual farmers millions. The ones least able to bear that cost will be small family farms. Loss of this market will put many hog farmers out of business, ultimately leading to further industry consolidation. Despite requiring final implementation rules by Sept. 1, 2019, just two weeks ago the state issued its proposed rules. NPPC plans to file comments by the July 12 deadline.

Other near-term priorities for U.S. pork producers include: