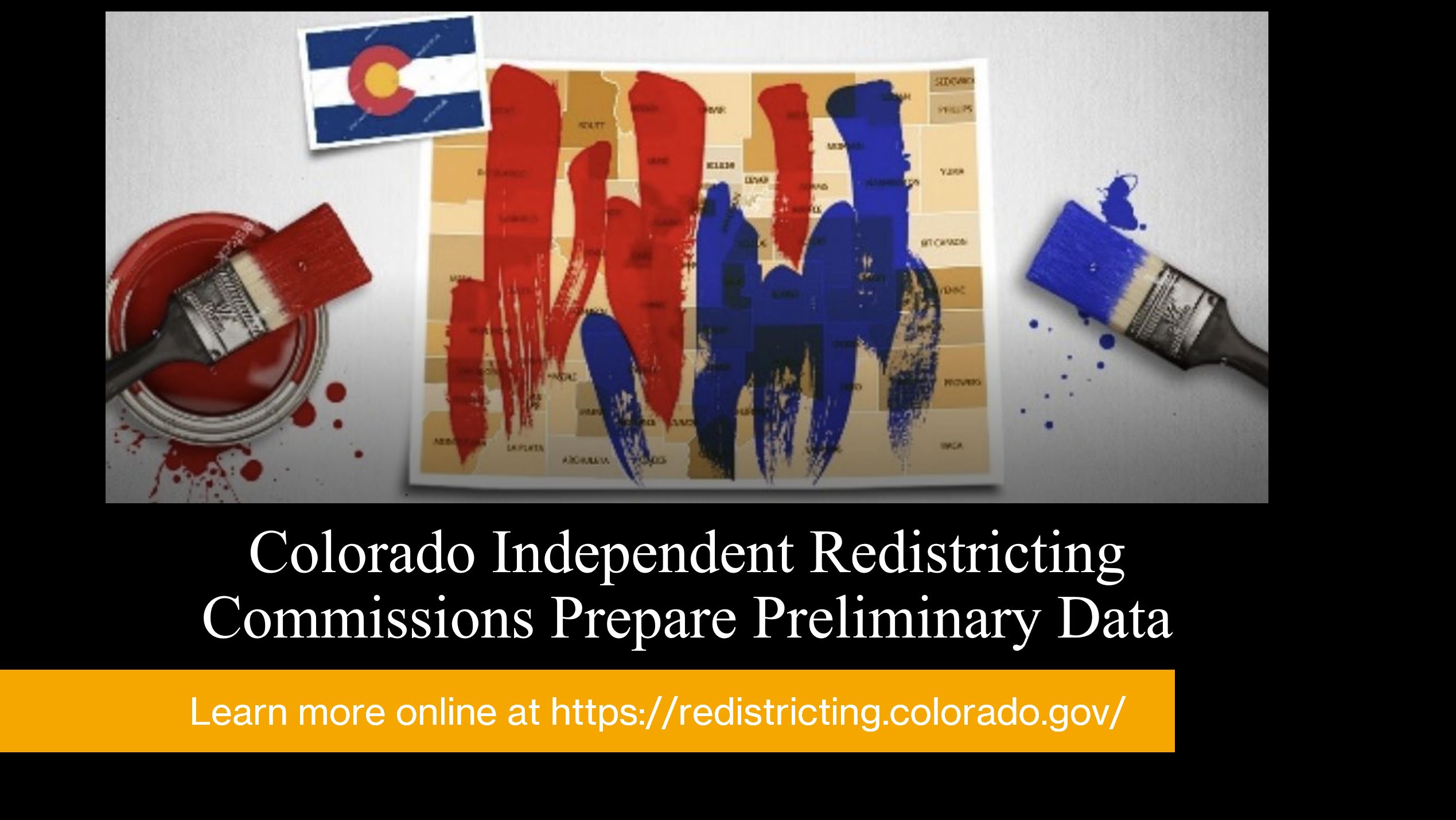 The Colorado Independent Congressional and Legislative Redistricting Commissions have both approved a data set to allow them to prepare preliminary redistricting maps.  Because census redistricting data will not be released until August 2021, the commissions agreed that proceeding with preliminary data gives them the best chance of completing their work and receiving valuable feedback without delaying the 2022 election calendar.

Redistricting commissions staff and the Colorado State Demography Office have worked together to create the data set, using as a benchmark the recently released state resident population from the US Census Bureau of 5,773,714.  The preliminary data comes from the Census Bureau’s American Community Survey and state population forecasts, and its distribution is based on the Census Bureau’s Master Address File.  The total population number will match the redistricting data exactly, and the distribution should be a close match.

The preliminary maps will be prepared on 2010 census blocks, which means the geometry will not align exactly with the 2020 census blocks that will be used for the final maps.  This allows the data to be more accessible to the public, and the commissions believe it will only marginally impact the quality of the preliminary maps.

The Independent Congressional Redistricting Commission anticipates receiving a preliminary congressional map from staff by June 23, 2021.  The Independent Legislative Redistricting Commission will receive preliminary State House and State Senate maps by June 28, 2021.  Both commissions will review these preliminary maps and seek public comment on them through a series of public hearings held throughout the state in July and August.

When the full, block-level redistricting data is released by the Census Bureau in August, staff will prepare maps for the commissions using this final data on 2020 census blocks.  Thus no final approved maps will use the preliminary data set.  The commissions have also set aside time in their schedules to allow for public review and comment on the proposed final maps.

The commissions continue to seek public input on communities of interest.  Visit our Public Engagement page to learn how to get involved.