05-18-21 CFVGA Op-Ed: Agricultural Workers’ Rights Bill Will Harm Those It Purports to Help 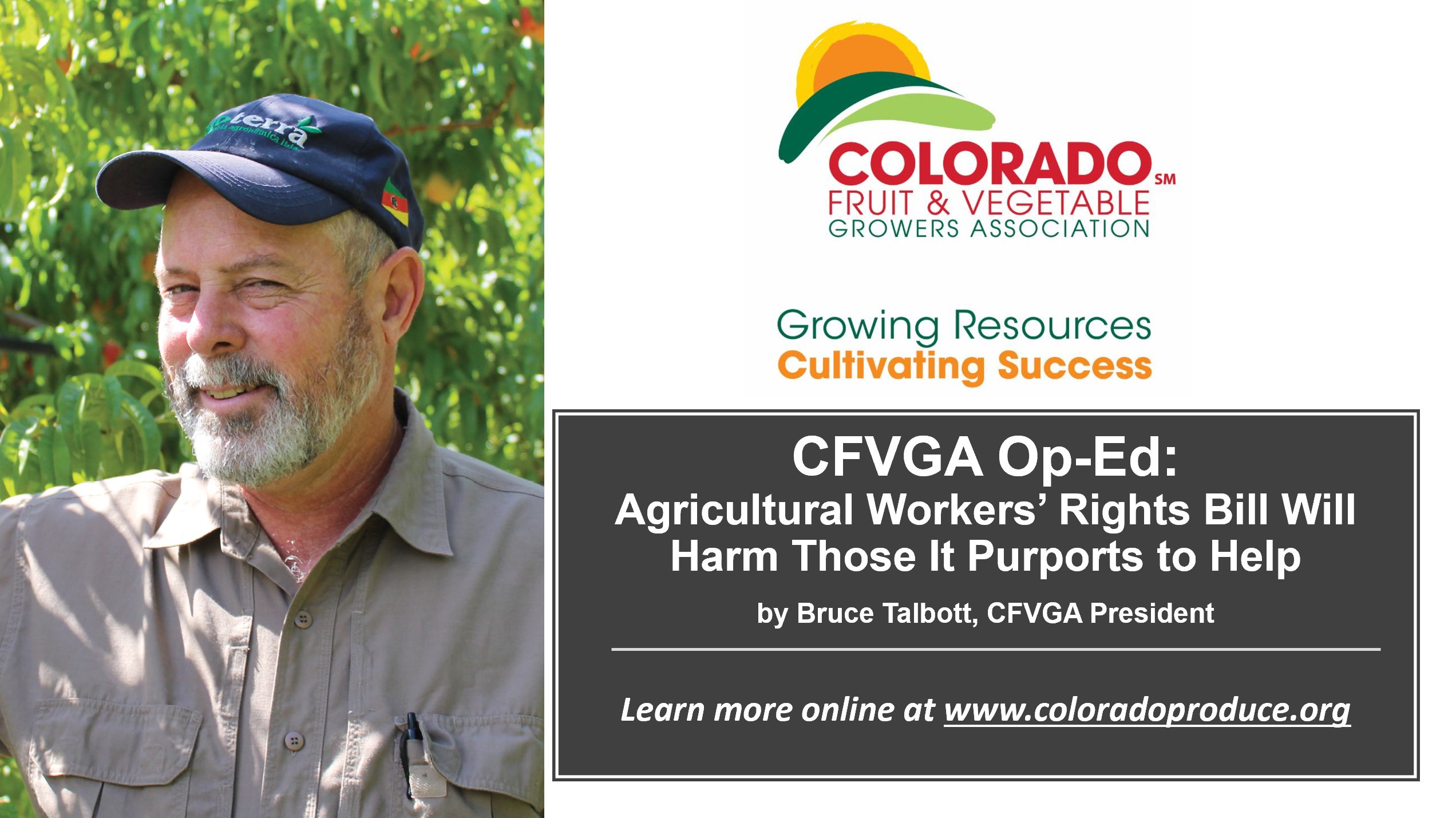 CFVGA Op-Ed: Agricultural Workers’ Rights Bill Will Harm Those It Purports to Help

A Colorado farmworker under the U.S. temporary worker program, known as H2-A, currently earns $14.82 per hour and also benefits from housing and transportation provided by the farmer. Coloradans hired for the same jobs make the same amount. Many of these employees work 70 hours a week during peak season and earn $4,461 per month. Under this bill, the same worker would make $2,549 per month for a 40-hour work week, a 43 percent reduction in income.

Colorado farm workers, like their employers, expect to work long hours during the growing season. If this bill passes, farmers and ranchers will be required to pay overtime to employees who work more than 12 hours per day or 40 hours per week.

Agriculture has always been exempted from paying employees overtime, because unlike any other industry, the Colorado growing season is short, and the weather cannot be controlled. Also, unlike other industry, farmers do not have the ability to pass on increased costs—labor or otherwise—to customers. They are in the position of having to take the price buyers offer them during harvest time.

Produce growers say that workers like to come to Colorado, because they know they can make a lot of money in the short amount of time they are away from their homes and families. Both foreign and American farm workers face lower incomes and job losses if this bill passes, because farmers who are unable to survive under these overtime rules will likely either sell to development or begin raising crops that can be cultivated and harvested mechanically.

Taking the biggest hit are organic produce growers. Human, hand-weeding is the only option for this type of production. In addition to the overtime requirements, this bill proposes to severely restrict hand-weeding.

SB21-087 would likely reduce the amount of produce raised in the state. Instead of Pueblo Chile, Olathe Sweet Corn, Palisade Peaches, Rocky Ford Melons and other more generic Colorado produce the public enjoys during summer and early fall, consumers can expect to see more produce from other states and foreign countries on grocery shelves. What a shame.

The CFVGA is comprised of more than 250 members, including growers of all sizes and types of production throughout the state, as well as representatives of allied industries. The Colorado fruit and vegetable growing sector contributes nearly $485 million to Colorado at the farm gate and is multiplied as it goes through the distribution chain. Over 90,000 Colorado acres are in fruit and vegetable production. Learn more online at www.coloradoproduce.org