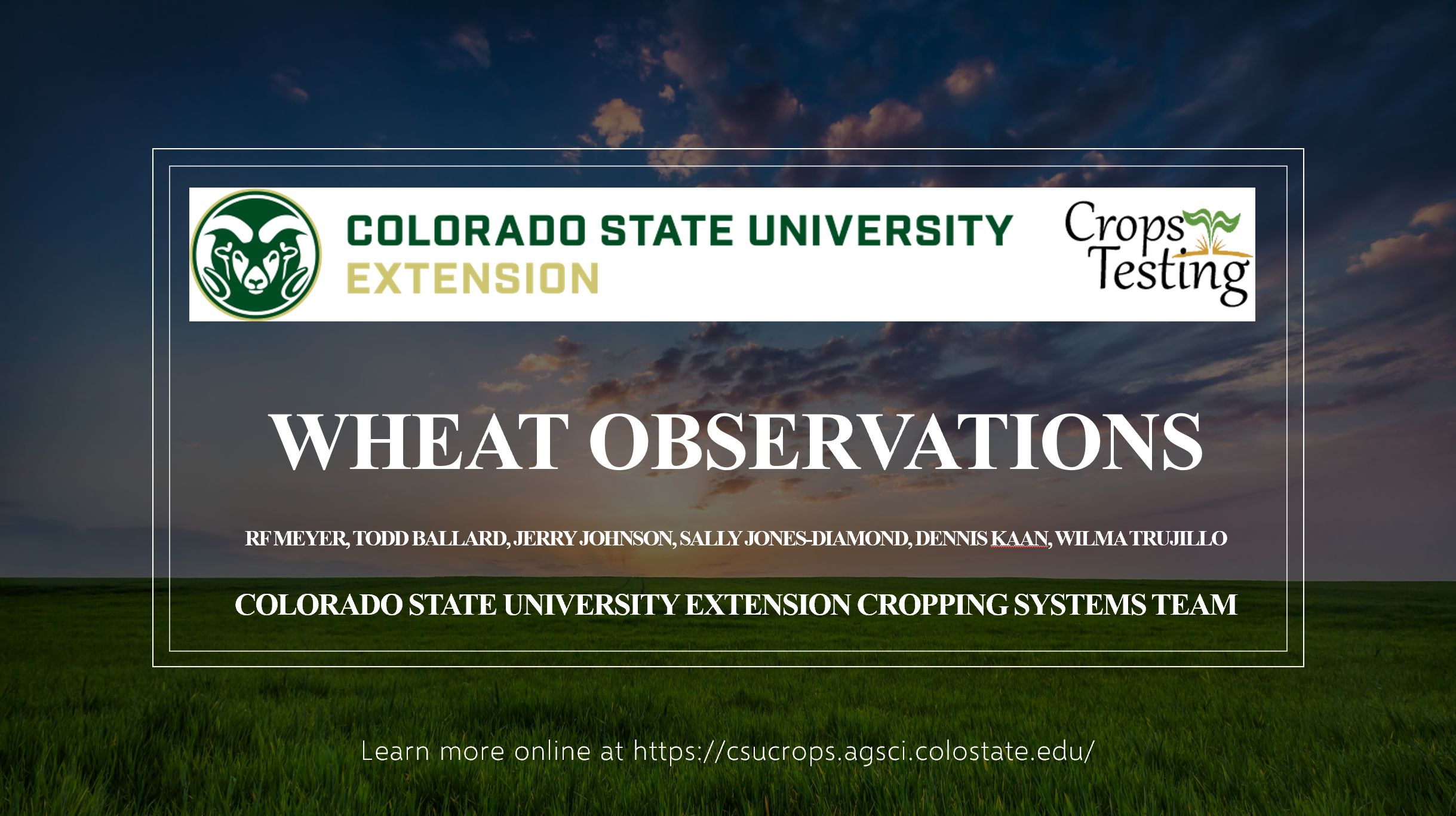 South of I-70 wheat fields were noted lagging in maturity with stand establishment noted spotty. Plant growth stage was mostly in the joint stage with growing points found from the soil line to two inches above the soil surface.  Recent precipitation has increased yield potential in southern wheat fields, however, drought damage has limited the upside potential.  Tillering was found reduced in number, and stands were thin in most fields.  Maturity was approximately 10 days behind normal.  In addition, brown wheat mite was found in all fields with varying populations.  This pest reached economic treatment levels in some fields, while other fields pest numbers were below treatment criteria.  Scouting for brown wheat mite is done by brushing wheat plants onto a white paper and observing mites.  Heavy mite populations will stall wheat growth.  However, a small amount of precipitation will control this pest as it is a dry weather wheat pest.  Treatment costs are approximately $6 per acre, or the equivalent of one bushel of wheat at today’s prices.

In addition, locations south of I-70 also showed Russian Wheat Aphid damage, although at most locations, infestation levels were below treatment levels.  This pest could continue to be problematic should weather patterns stay dry.

Disease activity was also found.  Most fields had low levels of Tan Spot, a fungal wheat disease.  This disease was not found advancing to upper leaves and should not be cause for concern if the weather turns warm and dry.  In addition, a few fields showed symptoms of Barley yellow dwarf, a viral disease, however levels were low.

Wheat fields were also observed at locations north of I-70 with these fields showing much greater yield potential.  Wheat stands were much better with active tillering occurring.  Wheat growth stage from these fields were also behind long term normal and were found jointing with growing points near the soil surface to two inches above.

Wheat insect infestations found were much reduced in number with a few brown wheat mites and thrips observed.  However, insect numbers were all well below treatment levels.  Russian Wheat Aphid were also noticed, but below economic threshold treatment levels.  Cutworm populations were not found at any location.

Disease activity was low with tan spot found.  Stripe rust was not found in any field observed both from north and south locations.  One field showed Cephalosporium stripe, a fungal disease, but it is not expected to be problematic.

Wheat yields are expected to be below normal at locations south of I-70 and near normal at locations north of I-70. No freeze damage was noticed in fields that were observed.   No field observed had adequate subsoil moisture levels.  As a result, timely early summer rainfall will be needed to get fields to normal yield levels.