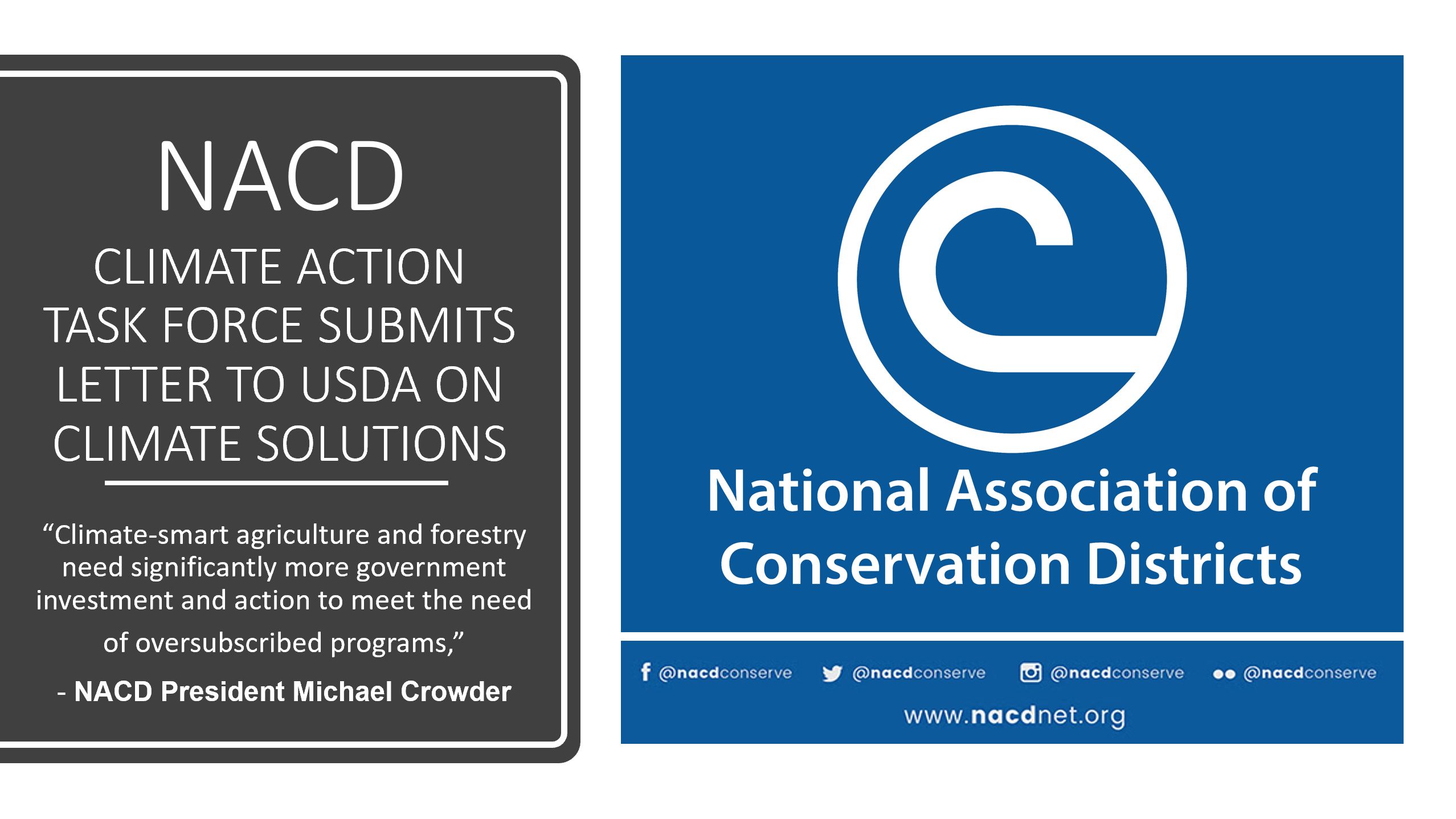 WASHINGTON – On April 29, the National Association of Conservation Districts (NACD) Climate Action Task Force submitted a letter to the United States Department of Agriculture (USDA) in response to its request for comments on climate smart solutions to mitigate the effects of climate change.

In the letter, the task force provides suggestions to USDA on how to implement the Civilian Climate Corps (CCC), reiterating the association’s ask for at least $1.2 billion in Fiscal Year 2022 discretionary funding for Conservation Operations to bolster local technical assistance.

“Conservation districts and the original Civilian Conservation Corps collaborated on programs and projects to respond to the severe soil erosion issues of the Dust Bowl and can do so again today to respond to climate challenges,” Crowder said.

Among the numerous proposals provided by the task force, which addressed rural broadband, wildfire funding, biofuels, forest products, environmental justice and more, the letter emphasized the need to center climate-smart practices around the proven success of the existing conservation delivery model.

“Working through locally-led conservation districts that have existing state legal authority to deploy resources in every community, especially those that are underserved, is the most efficient and effective way to deploy the proposed $10 billion for the CCC,” Crowder said.

READ the NAFB’s National Ag News for Friday, May 7th