04-29-21 Inside The BARN with National Potato Council CEO Kam Quarles…Mexico’s Unanimous Supreme Court Decision, What’s Next, A Look Back and a Look Ahead & More… 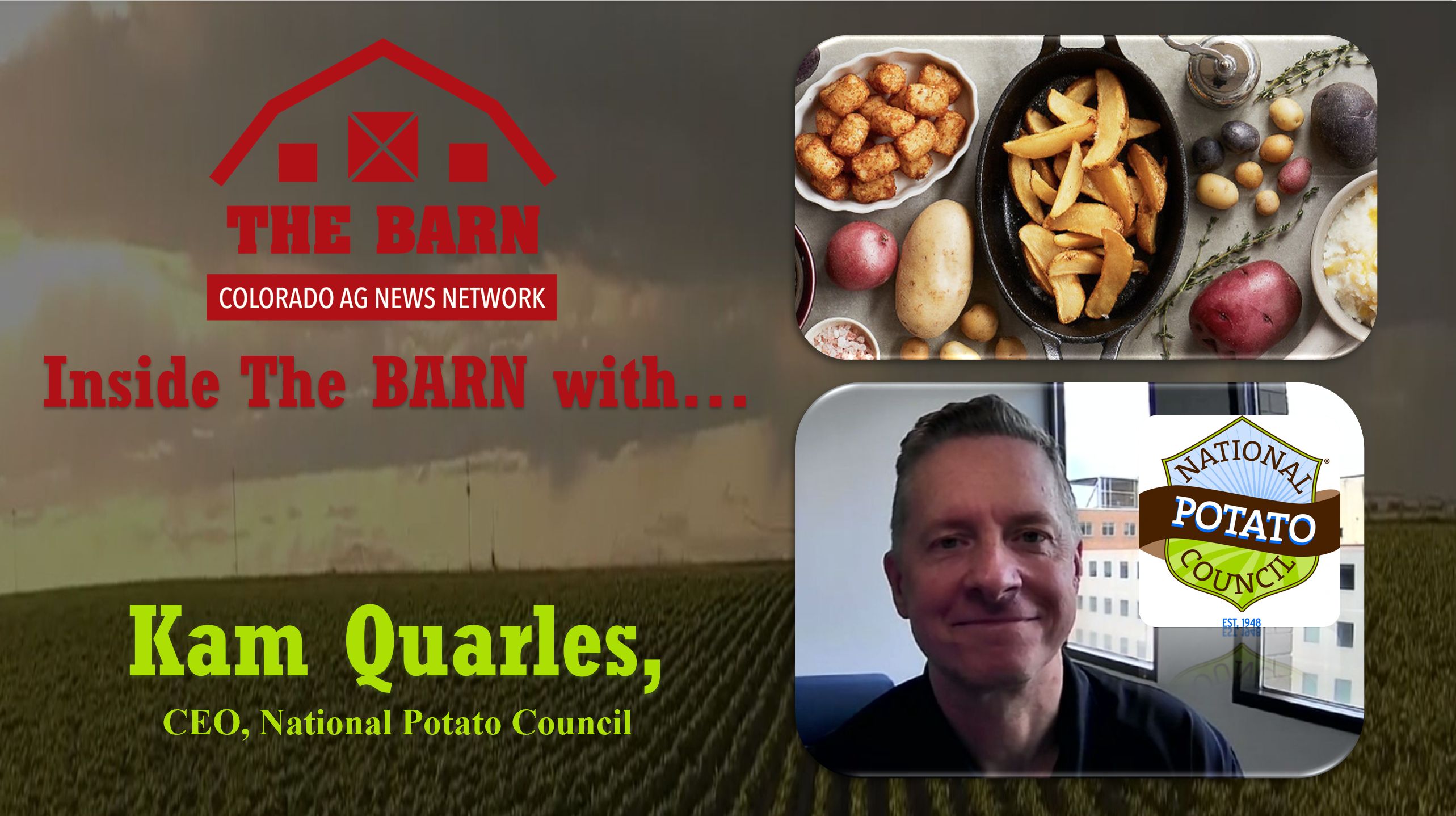 Inside The BARN with National Potato Council CEO Kam Quarles…

Mexico’s Unanimous Supreme Court Decision, What’s Next, A Look Back and a Look Ahead & More…

The BARN – Briggsdale, CO – On April 28, 2021, the Mexican Supreme Court ruled by a unanimous vote of five to zero in favor of overturning a 2017 lower court decision that prevented the Mexican federal government from implementing regulations to allow for the importation of fresh U.S. potatoes throughout the country. The ruling, cheered by the National Potato Council and Potatoes USA, marks the end of a decade-long legal process that began when Mexico’s potato industry sued its government to prevent competition from imports. Joining the Colorado Ag News Network & FarmCast Radio to discuss all of that and much more about the U.S. Potato Industry is Kam Quarles, Chief Executive Officer with the National Potato Council…

Kam Quarles is the Chief Executive Officer of the National Potato Council. He assumed this role in May of 2019 after previously serving as NPC Vice President of Public Policy and Communications since December 2016. Prior to joining the Council staff, Kam worked for seven years as the lead agriculture lobbyist for the international law firm of McDermott Will & Emery. In addition to the National Potato Council, Kam’s clients included the Florida Fruit and Vegetable Association, Sunkist Growers, Chiquita Brands International, the California Avocado Commission, and other specialty crop interests. Kam also previously served as vice president for the United Fresh Produce Association and vice president of the National Council of Farmer Cooperatives. Before joining these trade associations, Kam was the managing director of the Washington, D.C., office for Sunkist Growers farmer cooperative, the world’s largest citrus marketing organization.  He has also served as a staff member in the U.S. Senate and House of Representatives. Kam holds a bachelor’s degree in Political Science from the University of Southern California and a Master’s degree in International Commerce and Policy from George Mason University in Virginia. He and his wife Karen live on Capitol Hill with their daughter Cate.

The National Potato Council represents the interests of U.S. potato growers on federal legislative, regulatory, environmental and trade issues. The value of U.S. potato production is over $4.5 billion annually and supports hundreds of thousands of jobs both directly and indirectly. Visit nationalpotatocouncil.org for more.

Potatoes USA is the national marketing and promotion Board for the 2,500 potato farming families operating in the United States. Potatoes USA, the largest vegetable commodity board, was established in 1971 by potato farmers to promote the benefits of eating potatoes. For more information on Potatoes USA’s mission to “Strengthen Demand for U.S. Potatoes,” visit PotatoesUSA.com.

At the Colorado Potato Administrative Committee (CPAC), we’re dedicated to helping potato growers in the San Luis Valley. It’s a perfect slice of paradise with optimal growing conditions. Over 150 potato growing families call it home. CPAC was formed in 1941 to support local growers and shippers. By upholding high-quality standards and practicing sustainability, we’ve helped make the world of potato growing better. Our research and marketing teams also lead the way in spreading awareness and education. With the help of the local potato growers, we’ve been proud to oversee all types of expansion with many potato varieties. Additionally, our team has created a multi-level inspection process to ensure the safety and quality of over two billion pounds of Colorado potatoes every year. This way, you know you’re always getting the best. Learn more online at https://www.coloradopotato.org/