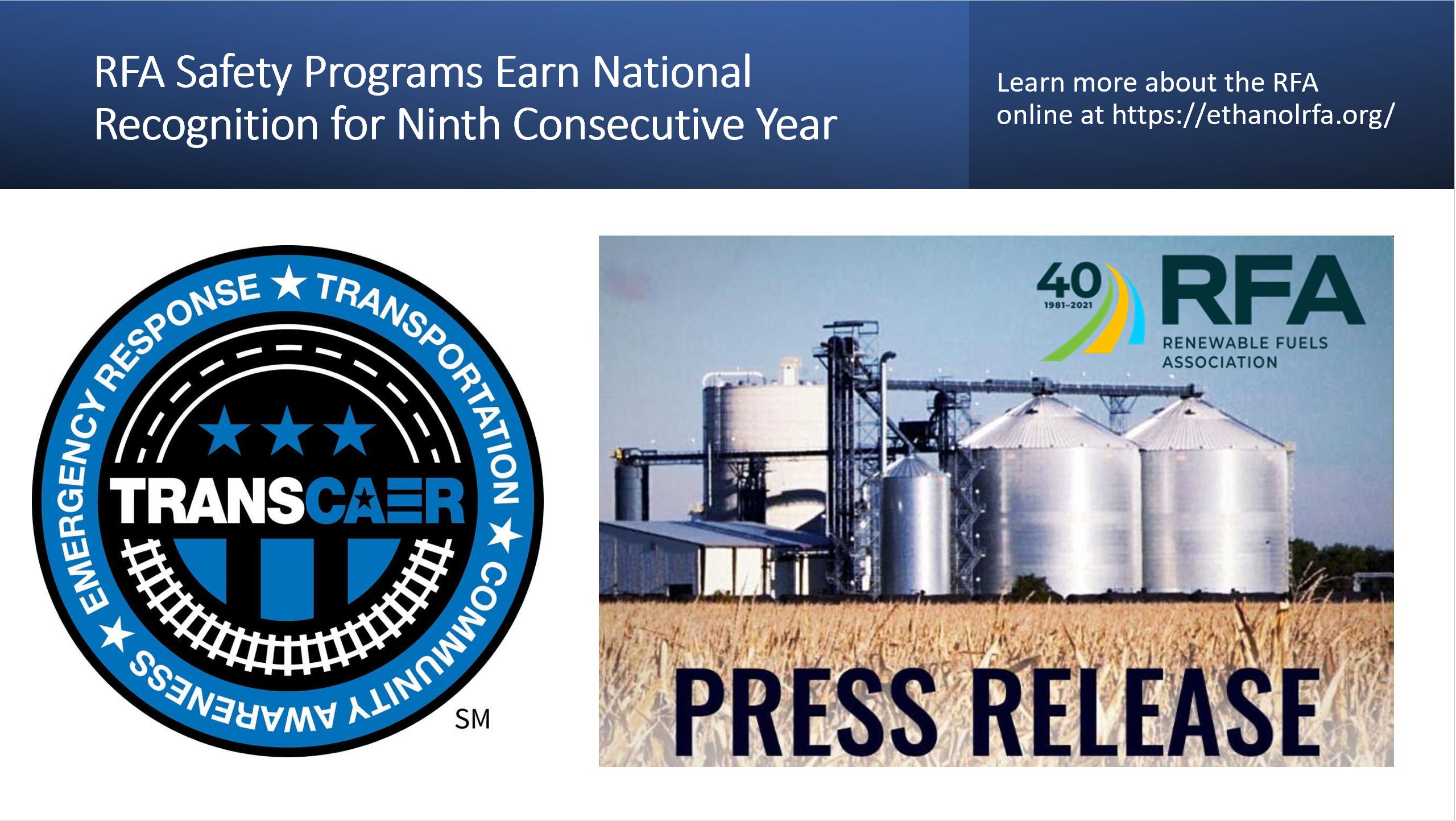 The Renewable Fuels Association has received its ninth TRANSCAER National Achievement Award for training first responders and others in ethanol emergency response safety, for its work performed in 2020. The TRANSCAER initiative is a national outreach effort focused on assisting communities prepare for and respond to possible hazardous material transportation incidents.

“It’s a privilege to recognize the Renewable Fuels Association for their efforts in 2020,” said TRANSCAER Director Erica Bernstein. “While 2020 was unlike any year we have experienced before, it was incredible to see how quickly RFA adapted to the challenges of training during COVID. We appreciate their continued commitment to training emergency responders and supporting TRANSCAER.”

“This represents another great honor for RFA, and we are particularly grateful for the hard work and leadership of our Director of Safety and Technical Programs, Missy Ruff,” said RFA President and CEO Geoff Cooper. “Since RFA was created 40 years ago as the first national organization to serve the growing renewable fuels industry, technical and safety work was a natural emphasis for us. The U.S. ethanol industry enjoys a strong record of safety, and this will remain a priority for RFA into the future.”

RFA’s Missy Ruff has served on the TRANSCAER executive committee and as chair of the National TRANSCAER Task Group, the managing body for initiatives undertaken by the organization. She has herself been frequently recognized for her service, most recently winning an Individual Recognition Award from TRANSCAER for 2020.

Click here for details on the next round of ethanol safety programs, which take place April 21, 22 and 24. For more information on the programs overall, visit www.ethanolresponse.com or email Ruff at mruff@ethanolrfa.org.