04-07-21 Coloradans for Animal Care: Initiative Opponents Statement on the Rehearing for Initiative 16 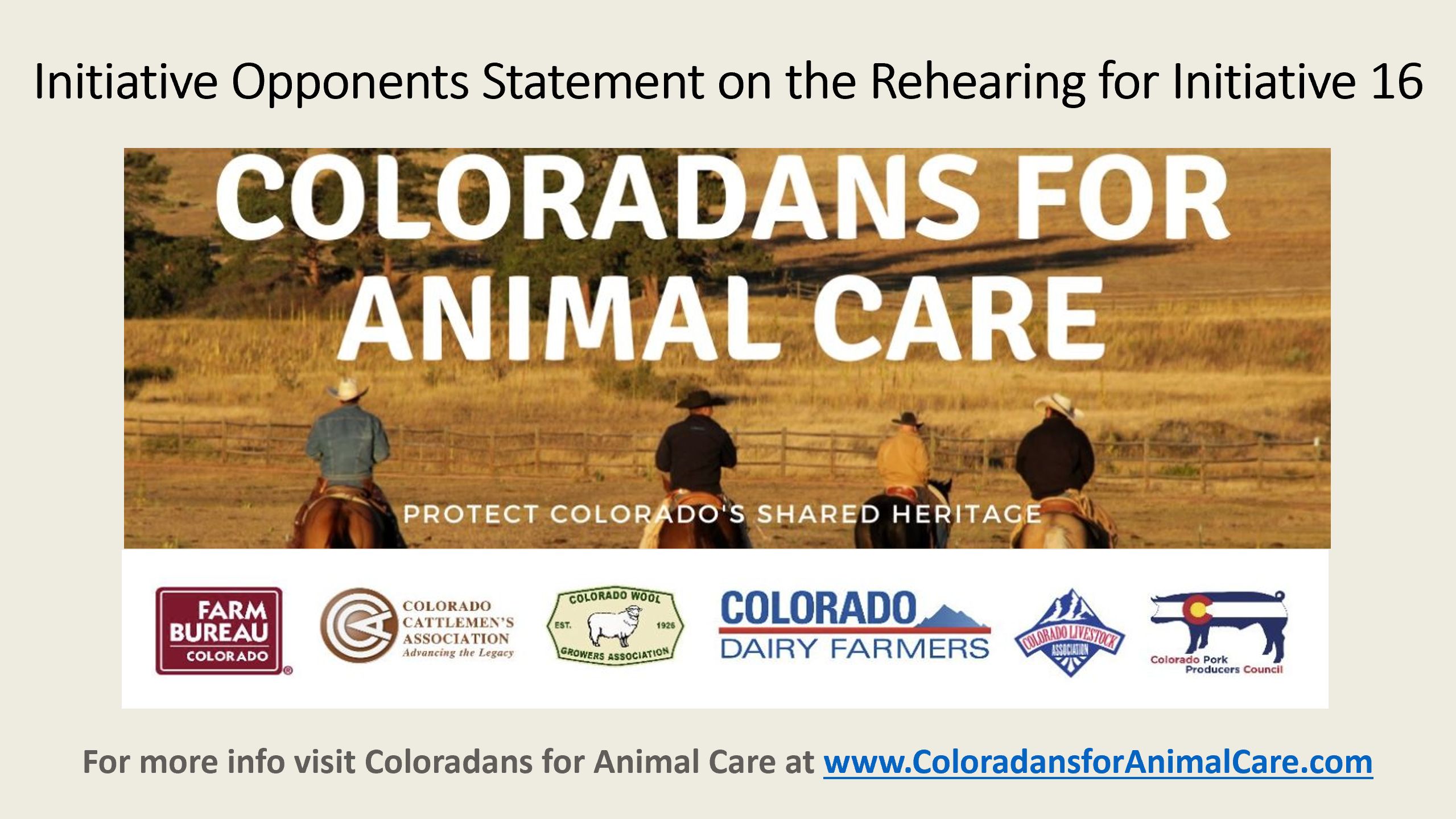 Coloradans for Animal Care: Initiative Opponents Statement on the Rehearing for Initiative 16

Centennial, Colo. — Coloradans for Animal Care, a coalition of Colorado-based agriculture and livestock organizations will request the State Supreme Court review the April 7th decisions by the State Title Board as to the ballot title it set for Initiative 16. Initiative 16 would criminalize many routine animal care practices that Colorado’s ranchers and farmers use to feed America.

Specifically, Coloradans for Animal Care will ask the Court to find that this amalgamation of ideas does not meet the constitutional definition of a single subject and, alternatively, to correct the most misleading elements of the ballot title set. On April 7th, the Title Board acknowledged that the need to fix some of its earlier errors in setting a title, but failed to ensure that Colorado voters will be given a fair title that accurately reflects this overreaching measure that will drive many agricultural producers from the industry.

The title board deliberated for more than two hours calling the measure “ambiguous and incomplete,” in describing the difficulty in setting a title for the measure. Comments from public participants also pointed to the difficulty they had in interpreting what the measure would do, and wouldn’t do, based on the updated language of the title.

For more info visit Coloradans for Animal Care at www.ColoradansforAnimalCare.com.