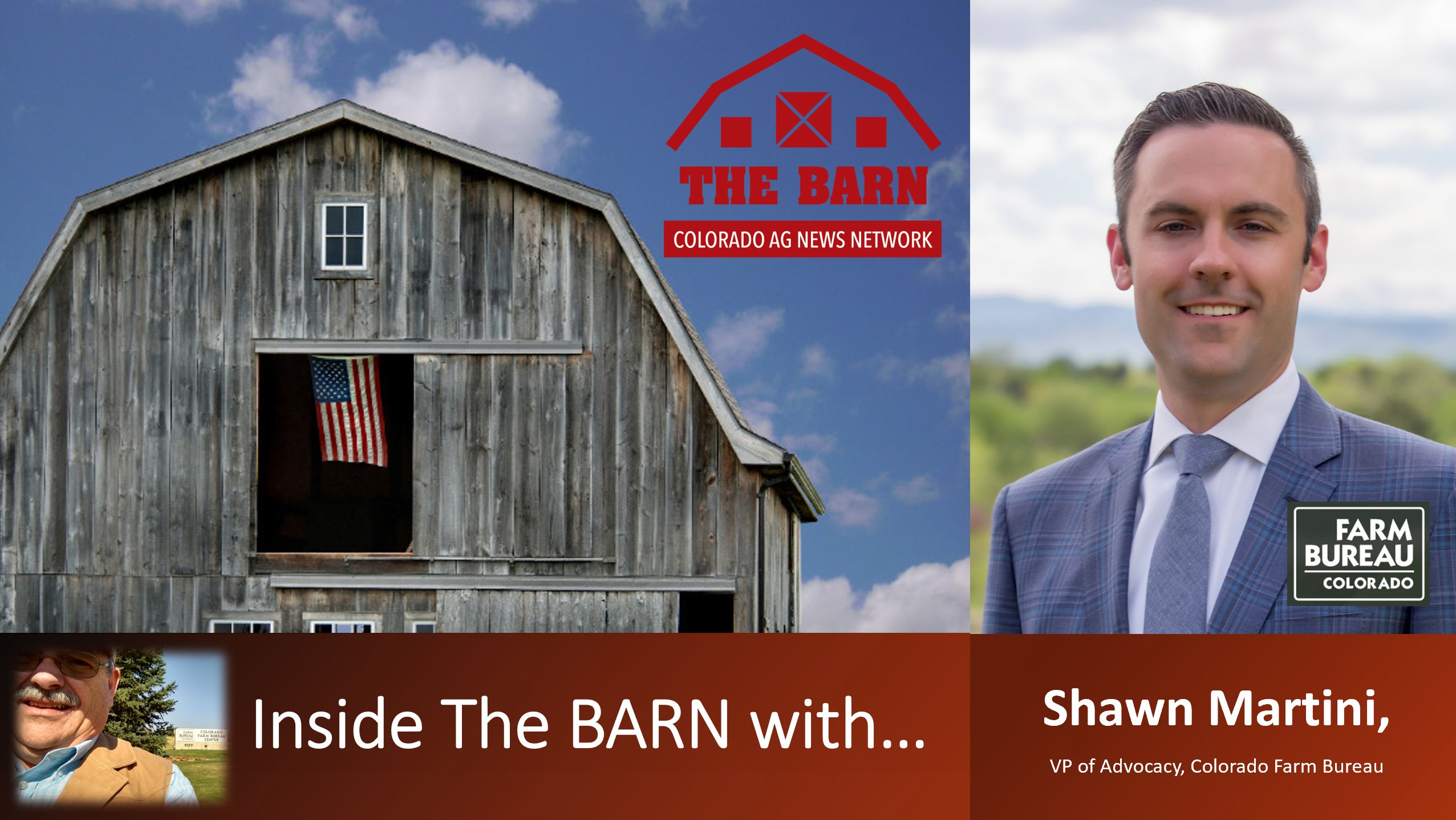 Inside The BARN with CFB VP of Advocacy Shawn Martini…

The BARN – Briggsdale, CO – March 25, 2021 – Joining the Colorado Ag News Network and FarmCast Radio is Shawn Martini, VP of Advocacy with the Colorado Farm Bureau and we will be discussing numerous topics including:

As the Vice President of Advocacy for the Colorado Farm Bureau, Shawn works to cultivate relationships with community, political and business leaders to achieve CFB’s goals in the agriculture, wildlife, public lands, water and many other areas of public policy. Shawn previously worked as a consultant in communications and issue advocacy for oil and gas industry clients, ranging from large multinationals to family-owned firms both in Houston, TX and in Denver, CO. He worked on projects related to the Keystone XL pipeline, offshore and Arctic energy production in Alaska, and directed campaigns on hydraulic fracturing and public lands energy production in the Mountain West. Prior to his work in the energy industry, Shawn served as the Communications Director for the Colorado Farm Bureau from 2008 to 2012. He comes from a diversified ag background and graduated from both Northeastern Junior College and Metropolitan State University in Denver.

The Colorado Farm Bureau works to promote and protect the future of agriculture and rural values – RURAL STRONG.