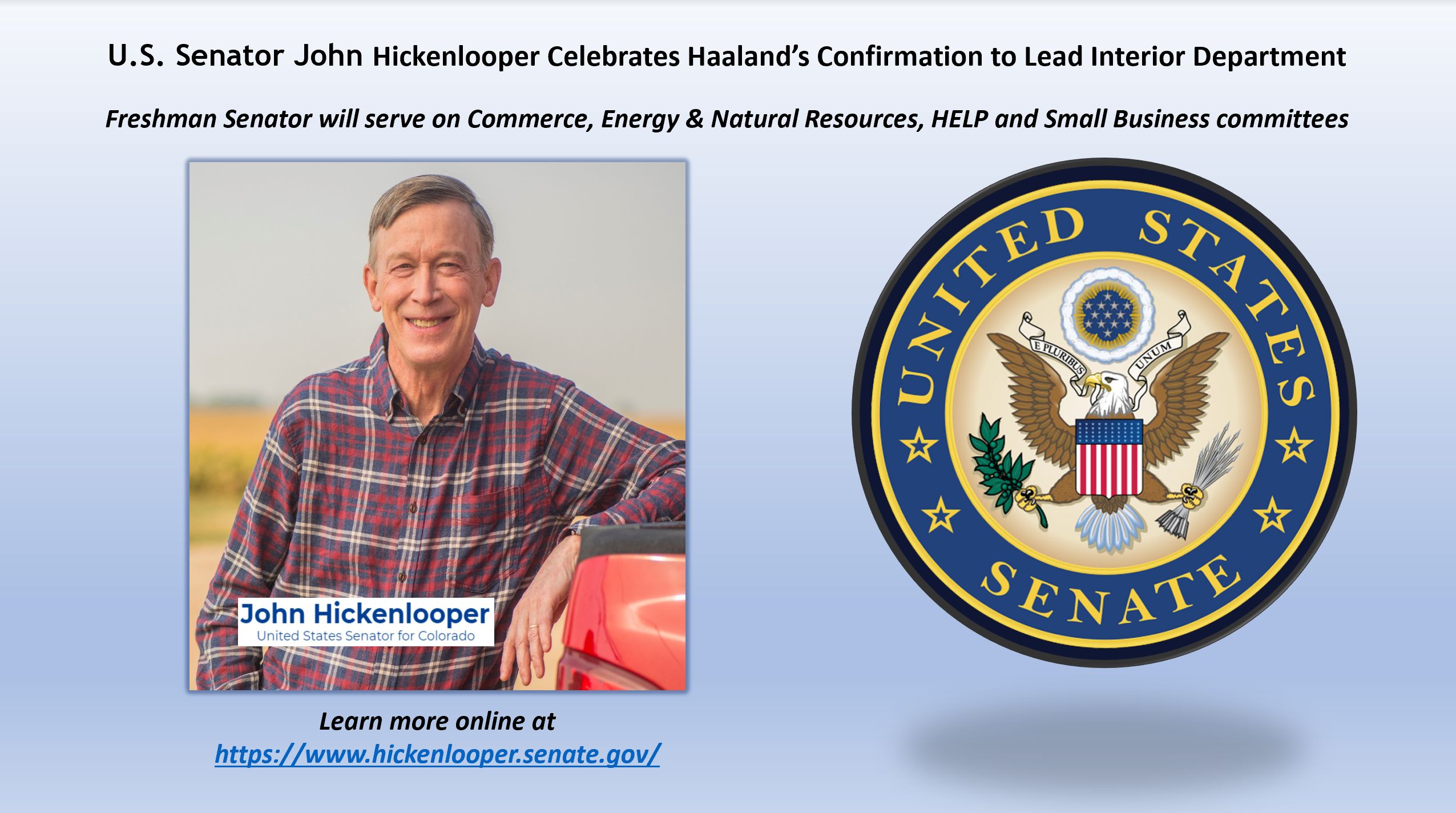 “Congresswoman Haaland loves public lands, and she’ll make sure that vulnerable communities are heard in Washington,” said Hickenlooper. “We will work together on growing our outdoor recreation economy, tackling climate change, and finding a path to maintaining a BLM headquarters out West.”

During her confirmation hearing, Hickenlooper — a member of the U.S. Senate Committee on Energy and Natural Resources — secured Haaland’s support for the Colorado Outdoor Recreation and Economy (CORE) Act which would protect 400,000 acres of Colorado public lands. Haaland also committed to maintaining an open dialogue about the future of the Bureau of Land Management (BLM) headquarters in Grand Junction.

Hickenlooper voted to advance Haaland’s confirmation twice, in committee and during a Senate cloture vote last week. He was unable to make it back to Washington in time for today’s final vote because his flight was delayed following record-setting snowfall in Denver.