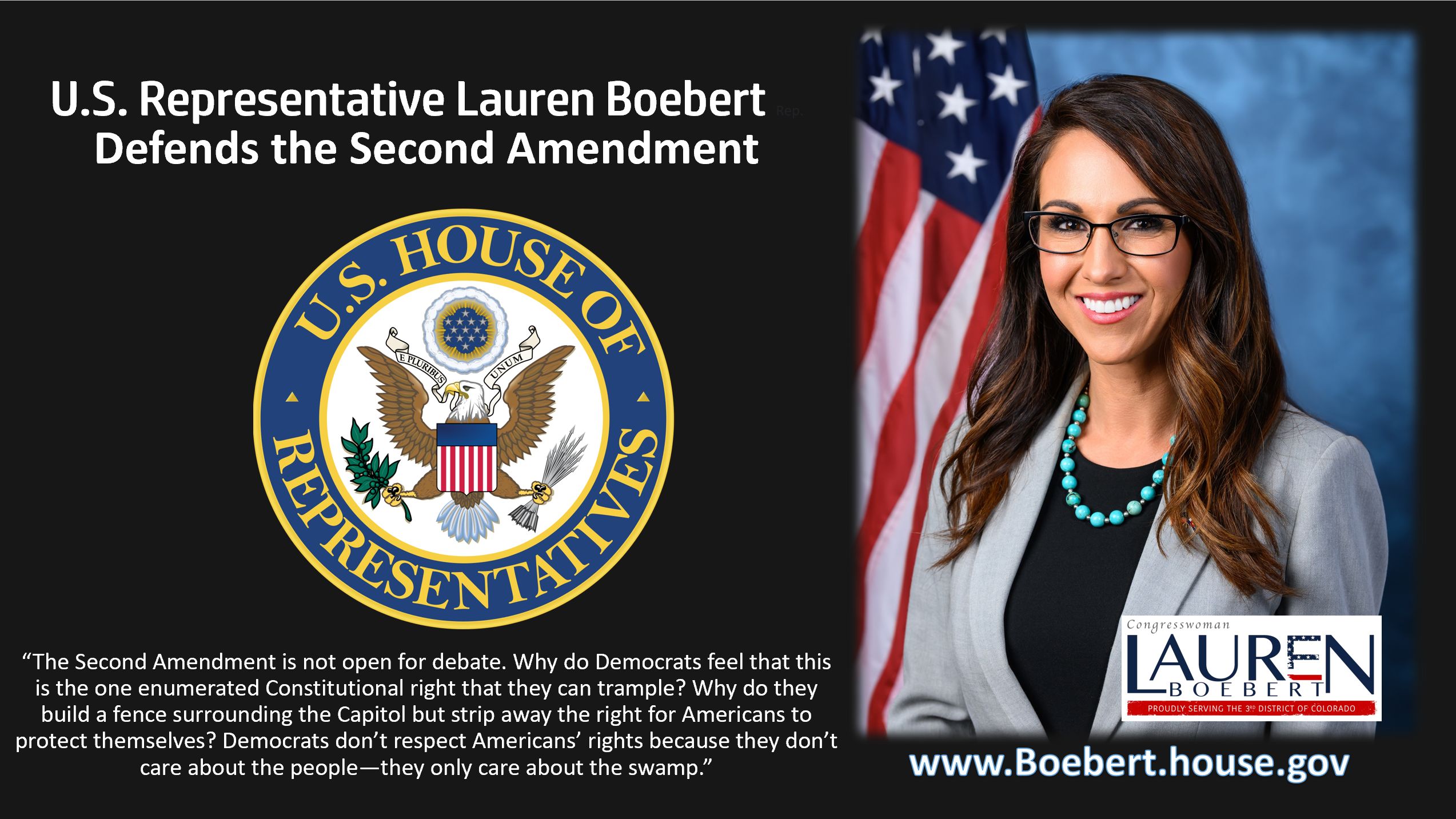 Congressman Boebert stated: “The Second Amendment is not open for debate. Why do Democrats feel that this is the one enumerated Constitutional right that they can trample? Why do they build a fence surrounding the Capitol but strip away the right for Americans to protect themselves? Democrats don’t respect Americans’ rights because they don’t care about the people—they only care about the swamp.”

Rep. Boebert is a passionate defender of the Second Amendment. She and Rep. Kat Cammack (FL-03) wrote an op-ed in the Washington Examiner defending the right to keep and bear arms from the leftist measures in the so-called “Bi-Partisan Background Checks Act” and the “Enhanced Background Check Act.”

Additionally, Rep. Boebert gave an impassioned speech on the House Floor calling out members of Congress who have taxpayer-funded 24/7 armed security but want to deny Americans the right to defend themselves.

By mandating universal background checks, H.R. 8 would result in a national firearm registry and criminalize commons exchanges of firearms like a farmer loaning a rifle to a neighbor trying to protect his cattle from wolves, a homeowner letting her neighbor borrow a firearm following a break-in, a collector donating a historic rifle to a museum, or a parent gifting a gun to their stepchild. It tramples on the Second Amendment while doing nothing to reduce gun violence as 70% of prisoners who use a gun to commit their crimes acquire them illegally.

H.R. 1446 does away with the safety valve measures that protect Americans’ Second Amendment rights from being swept away by capricious bureaucratic inaction by the FBI. Additionally, the bill takes away the incentive for the FBI to complete background checks in a timely manner and replaces freedom with bureaucracy.

Keep up with Congresswoman Boebert’s office on: