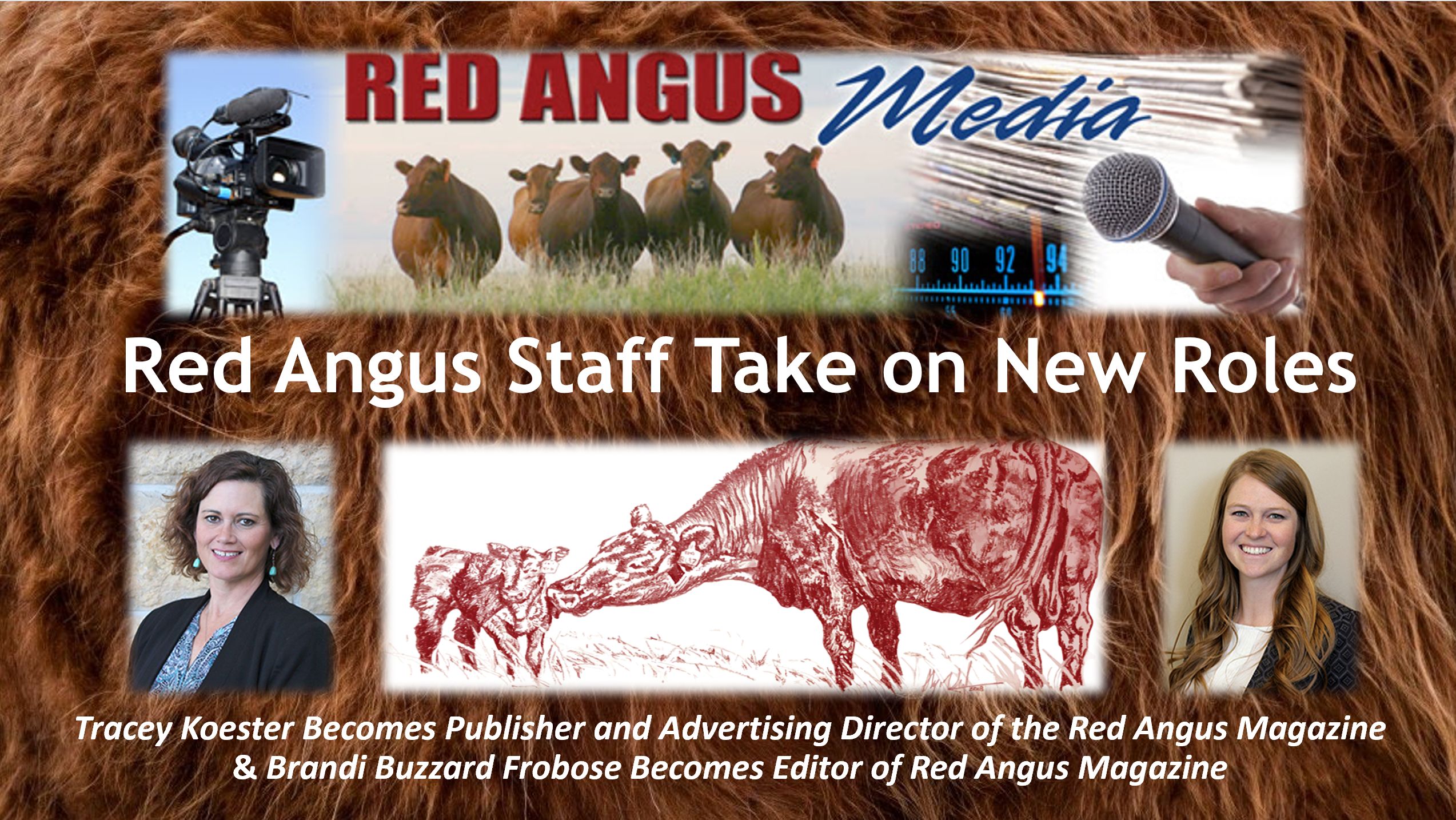 Koester brings more than two decades of experience to the job. Not only did she previously serve as the editorial coordinator for the Red Angus Magazine for seven years, but she has also worked at the North Dakota Stockmen’s Association and owns Cow Camp Promotions, a successful design and communications business. With Koester at the helm, the Red Angus Magazine is already in the process of making several updates to the design and style of the publication, while maintaining the historical grounding and traditions of past decades.

Koester has been with RAAA since 2008 before accepting the promotion to publisher and advertising director.

Brandi Buzzard Frobose recently added new responsibilities to her role at the Red Angus Association of America as editor of the Red Angus Magazine. She stepped into this role after former editor, Tracey Koester, moved into the position of publisher and advertising director. Brandi will retain her job responsibilities as director of communications in addition to being editor.

Buzzard brings an extensive writing background with her in the new role. She previously assisted with the magazine through contributing editorial and brings a new vantage point to the magazine team. Alongside Koester, Buzzard will plan unique and thought-provoking content to serve the informational needs of commercial cattlemen and women while ushering in a modern design and style to RAAA’s flagship publication.

Buzzard joined RAAA in 2017 and has worked for nearly four years in the communications department.

The Red Angus Association of America serves the beef industry by enhancing and promoting the measurable advantages of Red Angus and Red Angus-influenced cattle. The RAAA provides commercial producers with objectively described cattle by implementing new technologies and utilizing scientifically sound principles that quantify traits of economic importance to beef producers in all segments of the beef industry. For more information, visit www.RedAngus.org.