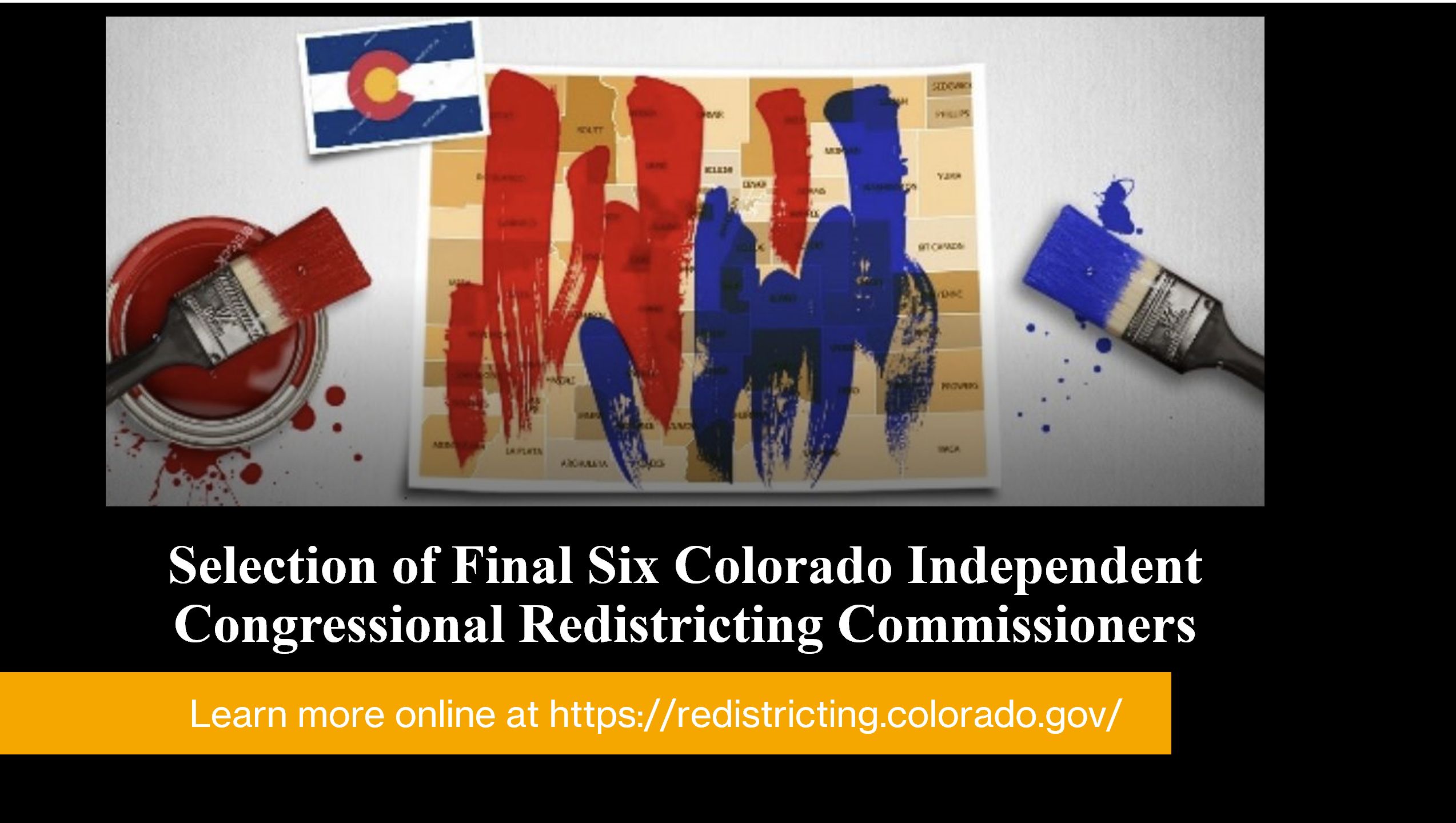 The final six members of the Colorado Independent Congressional Redistricting Commission were selected today.  They are:

They join these six previously selected commissioners to make a full 12-member commission:

Judge Alan Loeb, the chair of the judicial selection panel, thanked the thousands of applicants for the time and energy they put into their applications. “The panel has fulfilled its constitutional obligation to select a panel that reflects Colorado’s racial, ethnic, gender, and geographic diversity.  We feel we have selected a strong commission, and we wish them the best in their redistricting efforts.”

Staff will post bios and photos for each commissioner here as they are available.  The state constitution requires the Governor to convene the Colorado Independent Congressional Redistricting Commission no later than March 15, 2021.