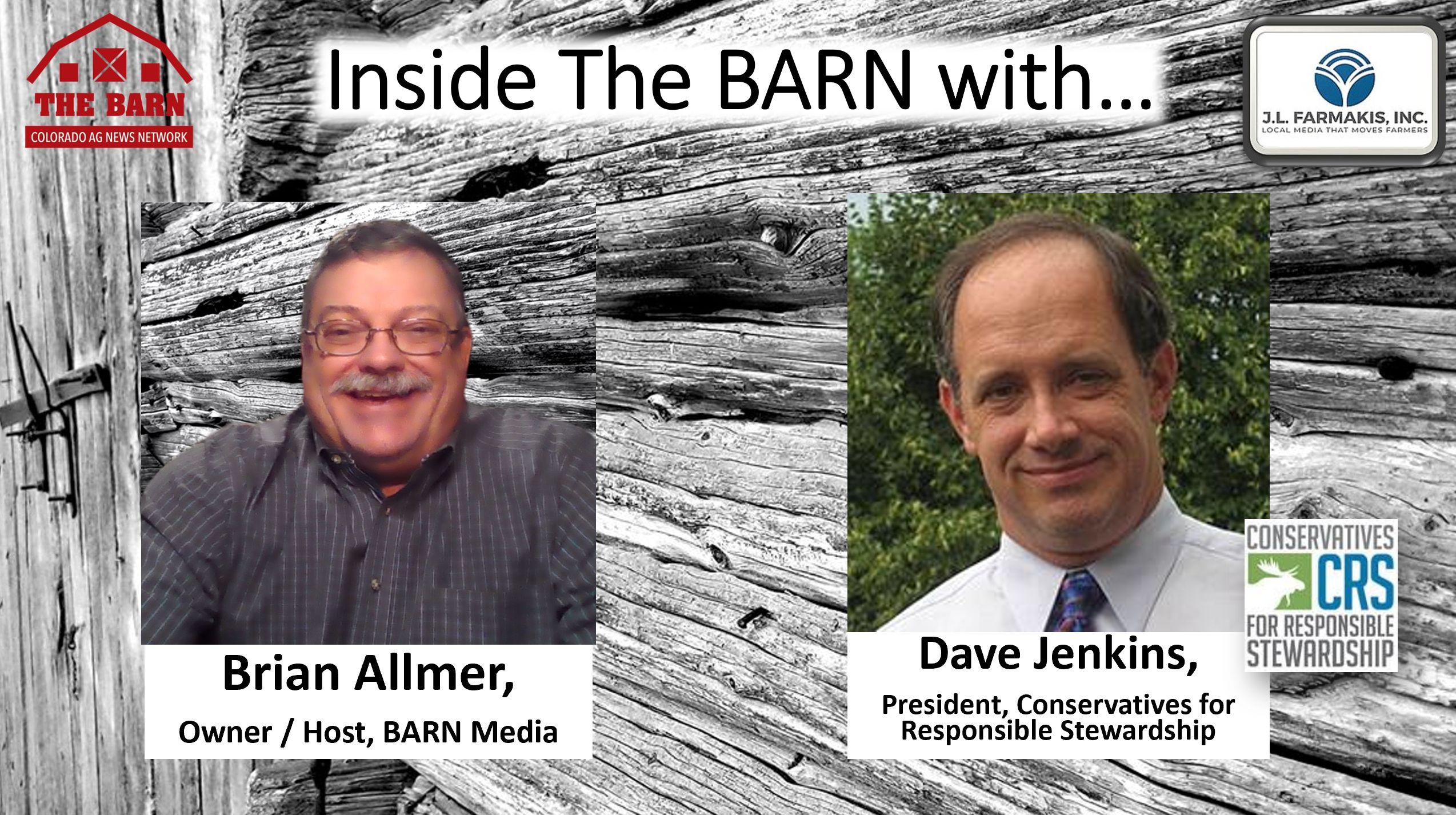 The BARN – Briggsdale, CO – February 24, 2021 – How can the Biden Administration protect taxpayers and what must be done to fix the broken oil and gas leasing system in Colorado & other Western states? Joining the Colorado Ag News Network and FarmCast Radio to delve deeper into this situation is Dave Jenkins, the President of Conservatives for Responsible Stewardship, topics include:

About Dave Jenkins: David has worked for CRS, or its predecessor organization Republicans for Environmental Protection (REP), since 2005. For much of that time he served as Vice President for Government & Political Affairs for REP. He has been instrumental in numerous organizational and legislative accomplishments. David has written and spoken extensively about many of today’s most pressing environmental issues, conservatism, our nation’s conservation heritage and American politics.  His writing has appeared in dozens of newspapers and other publications. Prior to CRS and REP, David was the American Canoe Association’s Director of Conservation and Public Policy for 10 years, and before that was on the legislative staff for Senator Pete Domenici (R-NM). He holds a B.A. in Political Science from Furman University.

ORIGINAL PRESS RELEASE THAT SPARKED THE INTERVIEW REQUEST FROM THE BARN

With the Trump administration’s so-called “energy dominance” agenda a bust, the Biden administration must do better by fixing a broken federal leasing system, responding to market forces, and returning to principles of multiple use management.

In order to undo the damage caused by the Trump administration’s wasteful lease anywhere and everywhere public lands approach, Conservatives for Responsible Stewardship (CRS) says the Biden administration has the opportunity early in its term to better protect taxpayers by fixing the federal oil and gas leasing system that overwhelmingly favors fossil fuel special interests and speculators instead of the broader American public.

The last four years have repeatedly shown us that some in the oil and gas industry have too much influence over how our public lands are used, and they are abusing the current system to boost their profits at a heavy cost to states, local communities, and the quality of America’s great outdoors.

According to Taxpayers for Common Sense, between 2010 and 2019, taxpayers lost out on $12.4 billion in revenue from drilling on public lands because of the federal government’s outdated fiscal policies. Half of that would have gone to states to fund schools and other needed services.

This problem got dramatically worse under the Trump administration. Not only did the administration refuse to strengthen these fiscal policies, it actually made them weaker, including favors for “producers that did not need it, shortchanging taxpayers in the process,” according to a recent GAO analysis.

CRS repeatedly called on the Trump administration to reject appeals by oil and gas CEOs for royalty relief while oil prices plummeted throughout the pandemic, which encouraged uneconomic production that further shortchanged taxpayers,  still the Trump administration continued to flood the market with leases that have minimal drilling potential and would generate little if any revenue for the public.

The Biden administration now has the opportunity to chart a new path and fix this rigged system that, for too long, has prioritized oil and gas CEOs over everyone and everything else. That way we can protect iconic wildlife, rivers, lakes, streams, access to our special places for outdoor recreation, and our cherished American landscapes for generations to come.