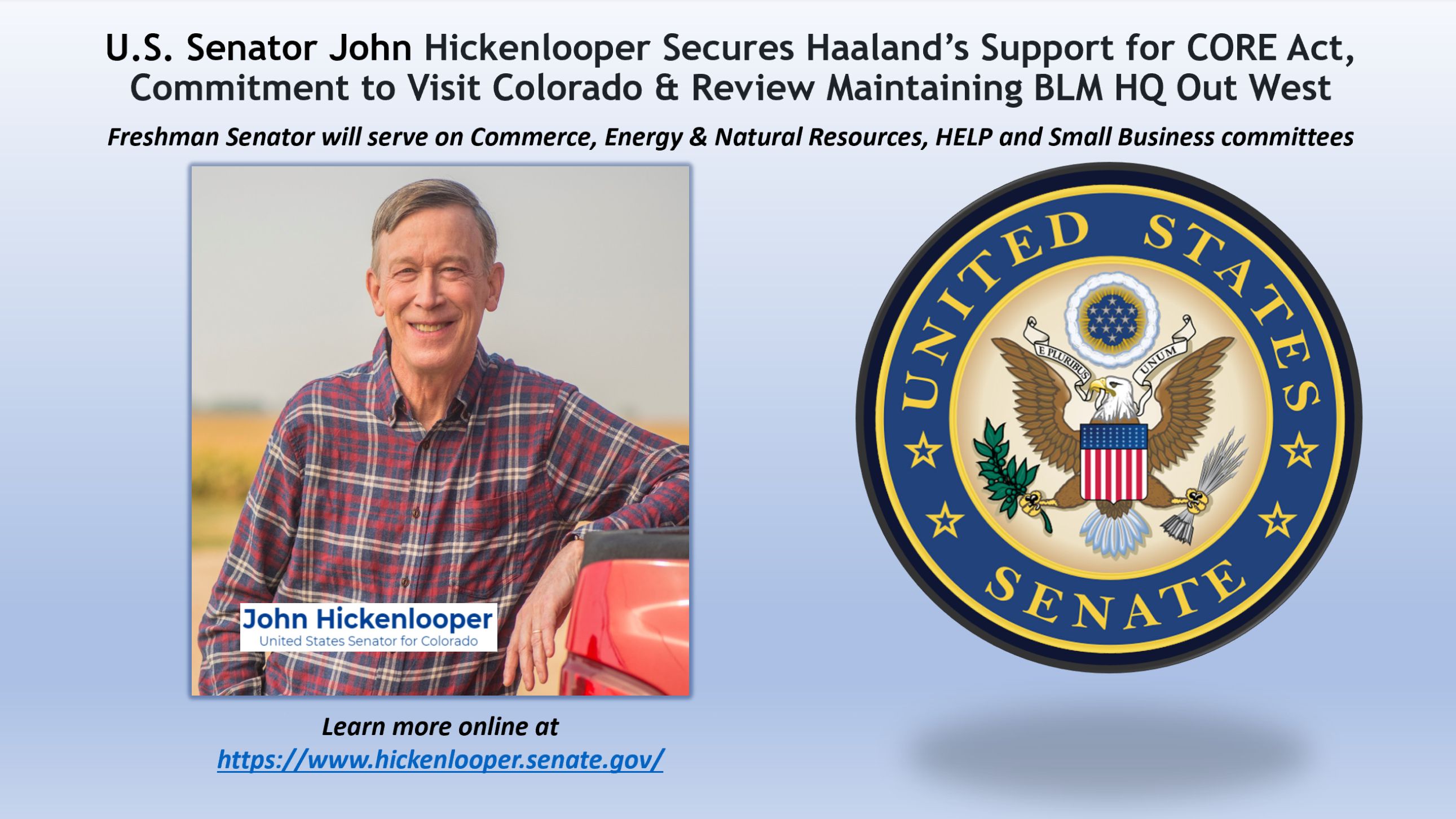 The CORE Act — which is slated to pass the House this week — would protect 400,000 acres of Colorado public lands

Washington, D.C. — During the confirmation hearing today for Congresswoman Deb Haaland to lead the Department of the Interior, U.S. Senator John Hickenlooper secured the Biden Administration’s endorsement of the Colorado Outdoor Recreation and Economy (CORE) Act, a bill with bipartisan local support that would protect 400,000 acres of Colorado public lands. It is the first time the Biden Administration has expressed public support for the bill.

“President Biden supports a strong outdoor economy… and the Administration also endorses the bill,” Haaland said during questioning by Hickenlooper.

“The CORE Act represents a historic effort to protect public lands — it is key to helping ensure Coloradans inherit both a thriving outdoor recreation economy and pristine outdoor spaces,” Hickenlooper said. “We’re thrilled to have President Biden’s support for this crucial, homegrown bill.”

Hickenlooper, a member of the U.S. Senate Energy and Natural Resources Committee, is a cosponsor of Senator Michael Bennet’s and Congressman Joe Neguse’s CORE Act which is on track to pass the U.S. House of Representatives for the third time this week. Hickenlooper noted that the previous administration, which threatened to veto the bill, “misrepresented the facts on the ground in Colorado” by falsely claiming the bill would close access to motorized recreation.

During the hearing, Hickenlooper also secured Haaland’s commitment to visit Colorado and keep an open dialogue about maintaining the Bureau of Land Management (BLM) headquarters in Grand Junction.

“I’ll absolutely keep an open dialogue,” Haaland said in response to Hickenlooper’s questioning on the BLM move. “And if you’re inviting me to Colorado I gracefully accept.”

“I’ve seen broad bipartisan support for a headquarters office to remain in the West,” Hickenlooper said. “The last administration I don’t think managed the move properly — it was perceived as an attack on the BLM and trying to reduce its capabilities… I hope there’s a path forward where we find a solution that restores a fully functioning agency while allowing BLM staff to work close to the lands they manage.”

Watch the full exchange on the BLM HERE.

Watch the full exchange on the CORE Act HERE.