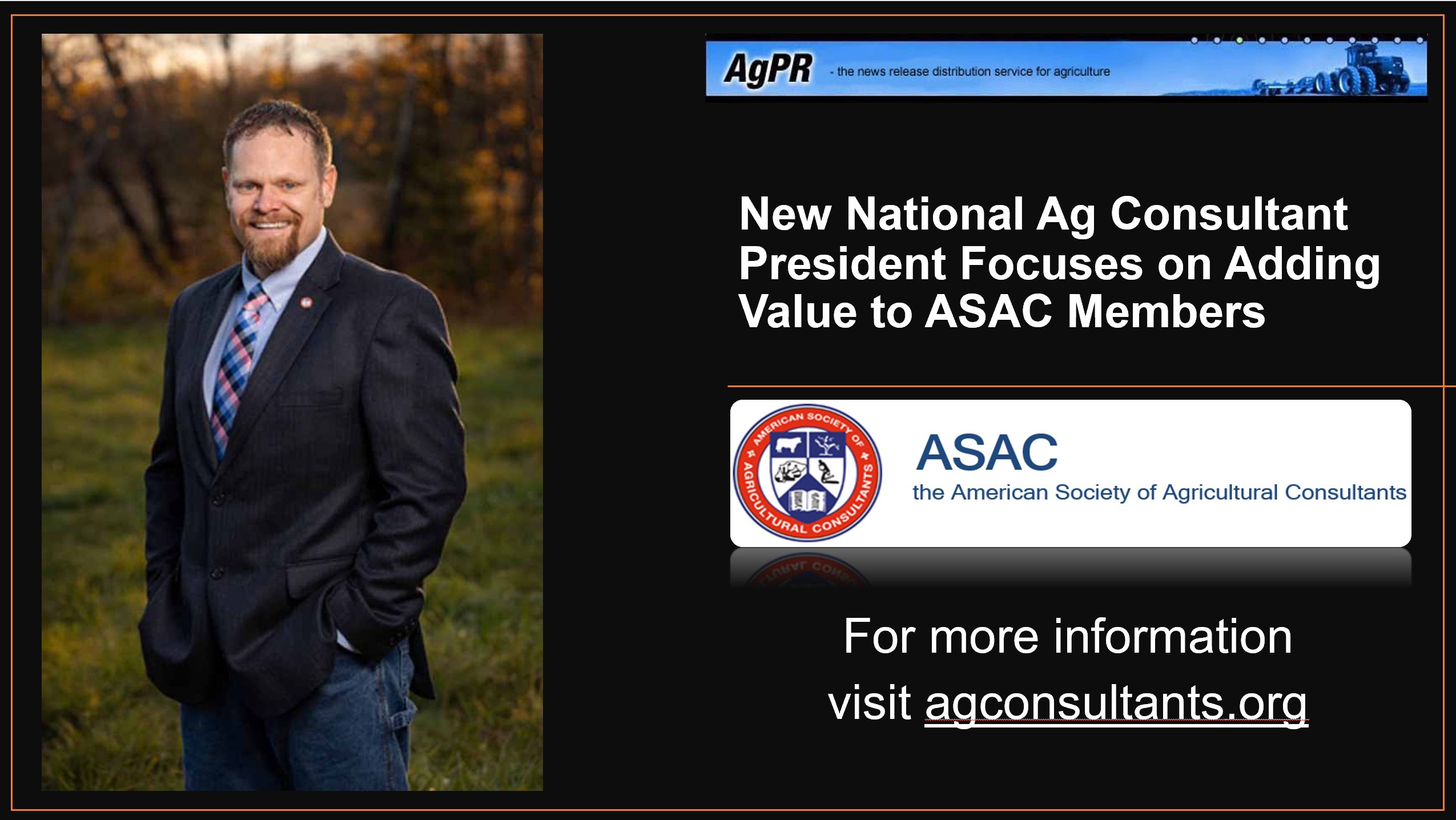 STEPHENVILLE, TEXAS (AgPR) Feb. 11, 2021 – When Ethan Robertson, Auburn, Maine, took the presidential reins of the American Society of Agricultural Consultants (ASAC) for the 2021 year, he had exciting plans for the organization. He has wasted no time in making that happen.

As a Business Consultant with Farm Credit East in Auburn, Maine, Robertson provides leadership and guidance to agricultural producers on a daily basis. This year, he gets to expand that direction and impact agricultural consultants and their clients across the nation.

“ASAC is recognized for the caliber of ag consultants who join together to improve their capabilities by pursuing growth on a national and global level,” Robertson said. “I hope to move this premier organization forward in terms of the value we provide to individual members, and therefore magnify the positive impact ag consultants have with their producer clients each day.”

Robertson is well-respected among fellow members as a strong leader, after having steered the planning group for the inaugural and highly-successful virtual annual conference in November 2020. Previously, he served as the President-Elect and Vice President/Secretary. Robertson has also served in numerous leadership roles in his local community and in other organizations. Specifically, he served as President of the Somerset County Farm Bureau for five years, 2013 through 2018.

He and his wife Emilee have three sons, Ashton, Cohen and Bennet.

Borne of the visionary need to form an organization focused on the professionalism of consulting in agriculture, ASAC was formed in 1963.  Its members comprise an experienced, diverse and influential group of agricultural consultants.