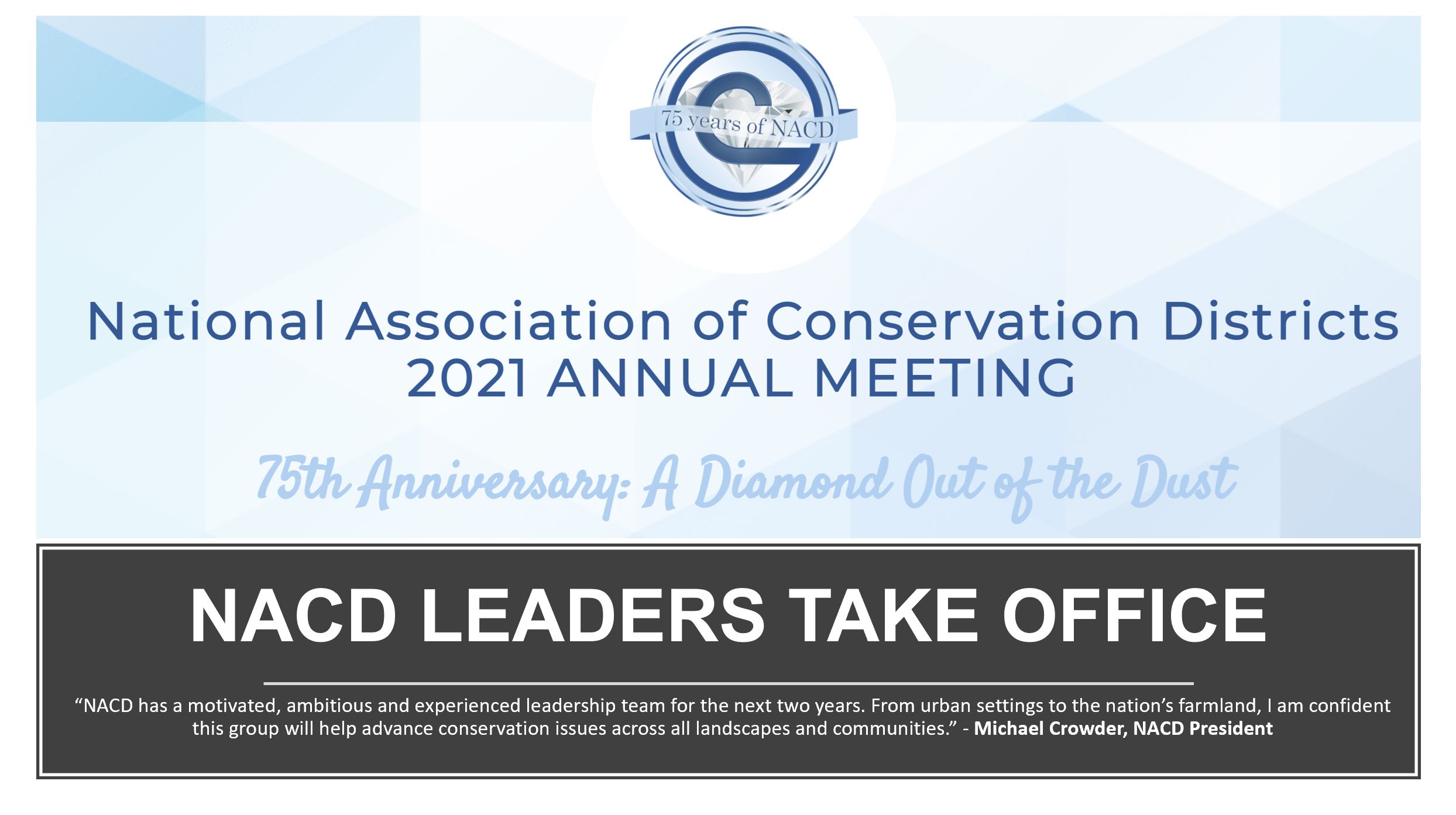 Michael Crowder of West Richland, Wash., was sworn in as president of the association. Crowder manages a ranch in Washington state and is a partner of his family’s third generation farming operation in Indiana, along with personal conservation easements and farm ground in Illinois. He serves on his local Benton Conservation District board and was first elected to the NACD Officer team in 2017 as Second Vice President after previously serving as National Director for the Washington Association of Conservation Districts on the NACD Board of Directors.

The NACD Board of Directors met Feb. 1-5 and voted on Feb. 3 to elect their leadership team. Kim LaFleur of Plympton, Mass., was elected as First Vice President, and Ian Cunningham of Pipestone, Minn., was elected as Second Vice President. NACD’s Southeast Region Executive Board Member Gary Blair of Starkville, Miss., was elected to serve as the association’s Secretary-Treasurer. Immediate Past President Tim Palmer of Truro, Iowa, and NACD Chief Executive Officer Jeremy Peters round out the national association’s officer team.

“NACD has a motivated, ambitious and experienced leadership team for the next two years,” Crowder said. “From urban settings to the nation’s farmland, I am confident this group will help advance conservation issues across all landscapes and communities.”