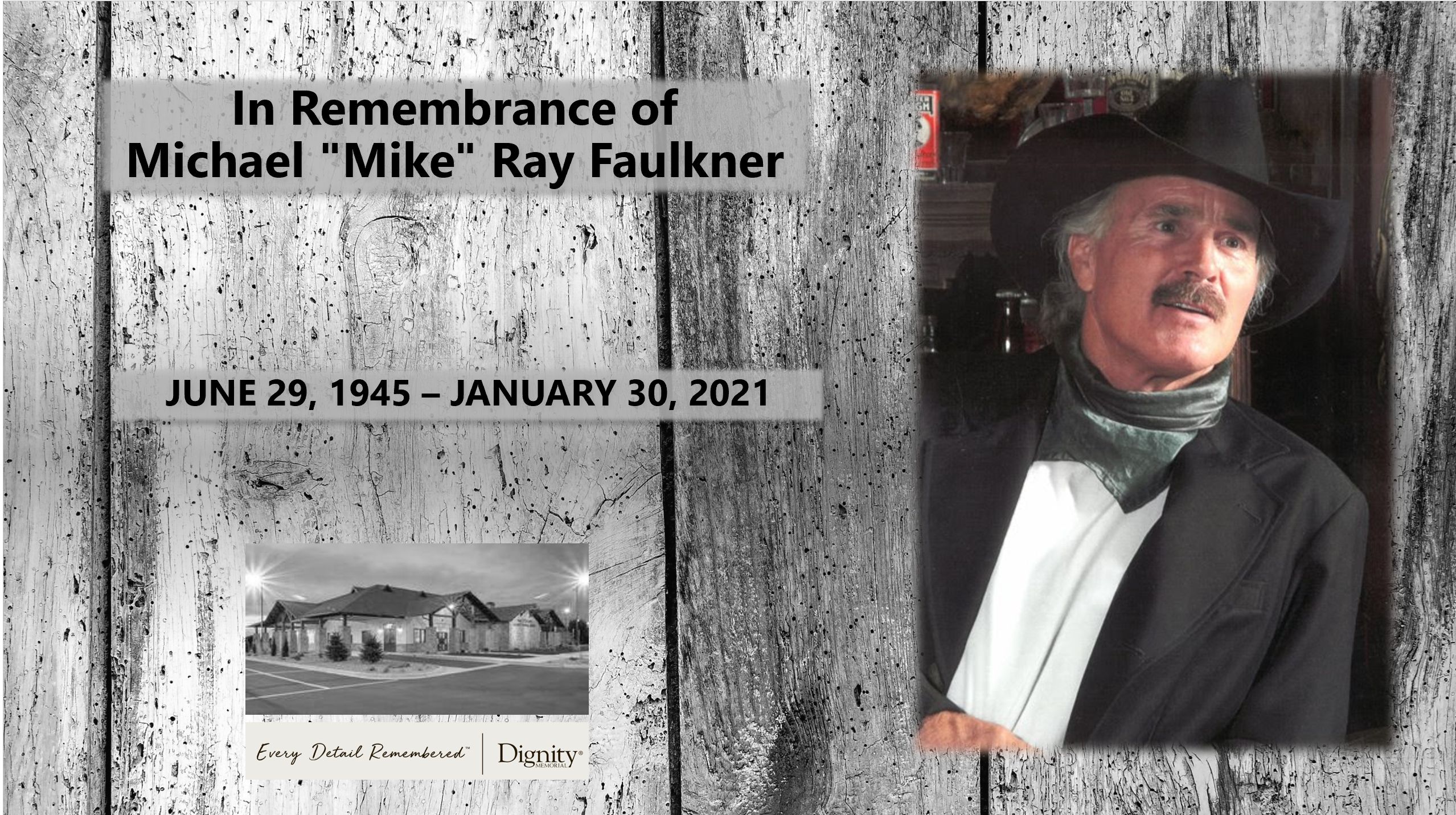 *UPDATED* Michael “Mike” Ray Faulkner, 75 of Windsor, CO, and former longtime resident of Greeley, CO, died peacefully surrounded by his family on Saturday, January 30, 2021, at his home in Windsor. Mike is survived by his wife Lea Faulkner; son Chad and daughter-in-law Angela Faulkner; grand-daughters Julie and Elle Faulkner; his sister, Sandra Sanders and his half-sister, Dianna. He was preceded in death by his parents and his brother, Brad Faulkner.

Mike was born on June 29, 1945 in Southern California to Robert “Bob” Grant and Vera June (Schlecht) Faulkner. Mike met the only woman he ever loved when she was only 13 years old. Five years later, they were married. For the better part of 50 years, they shared something very special.

Mike graduated from Savannah High where he played varsity football, swam and was an all-state wrestler. He studied Engineering at Long Beach State, where he was only 12 credits from graduation when he got an offer he couldn’t refuse to become a partner with his Dad in their dairy business in Merced, CA. In the early 1970’s Mike moved his young wife, Lea, and son Chad to Timnath, CO. This was the beginning of a long and successful career in the dairy business.

Mike took such pride in his relationship with his son Chad. He was his business partner, confidant and best friend. His daughter-in-law, Angie, and his two grandchildren, Julia and Elle, always brought a smile to his face and filled his heart with joy.

The dairy business was his passion in all aspects. “He lived and breathed it.” Over the years, he served on several dairy boards from local to national. He also served on bank boards and the board of the Boys and Girls Club.

Mike gave generously to his favorite charities like the Boys and Girls Club, the Alliance Defending Freedom, Fellowship of Christian Athletes, the American Cancer Society, PursueGod.org, A Woman’s Place of Greeley, United Way Partners and the Catholic Charities/Homeless Shelter. Mike was committed to his family, community and his many cherished friendships. – His handshake was his word.
“Give it all you got”, his words to the guy running the primitive water slide in Costa Rica. Words he used often. It was the way he lived life, admittedly a bit on the edge. Nevertheless, still throughout his life, he ran his own race.

“I have fought the good fight, I have finished the race, I have kept the faith.”– 2 Timothy 4:7
A Celebration of Life will be held on Friday, July 9, 2021 in Windsor, Colorado for all those who knew and loved Mike. Further details about the event will follow.

Memorial contributions may be made in Mikes honor to any of his favorite charities in care of Allnutt Funeral Service, Macy Chapel, 6521 W. 20th Street, Greeley, CO 80634.

The Colorado Livestock Association and The BARN will share obituary and memorial information when it becomes available.