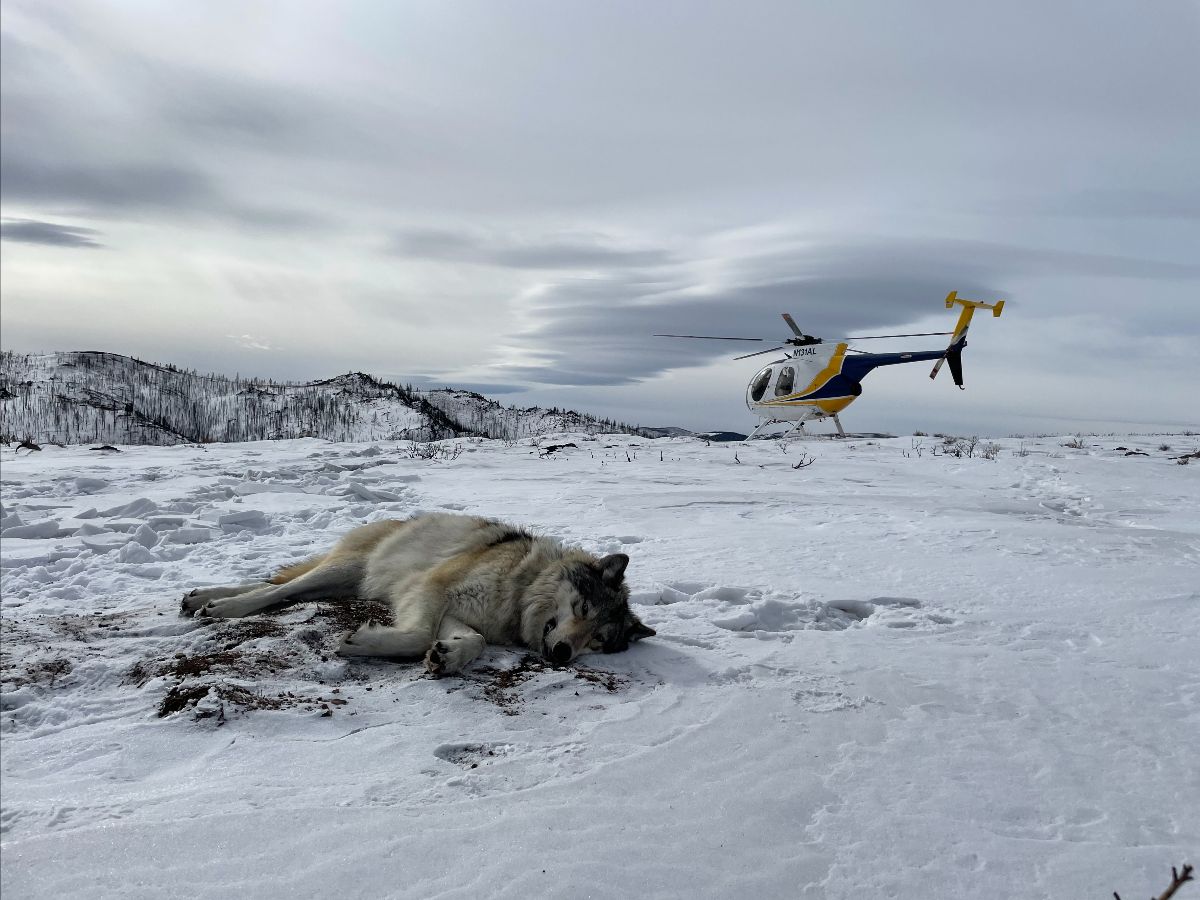 DENVER – Colorado Parks and Wildlife has placed a GPS tracking collar on a wolf in the north-central part of the state. The wolf was confirmed in late January when it was seen with M1084 – a VHF-collared male wolf that entered Colorado in 2019 from the Snake River wolf pack in Wyoming.

“The GPS collar will allow our biologists and wildlife managers to learn more about the travel patterns of wolves that are coming into the state,” said Dan Prenzlow, Director, Colorado Parks and Wildlife. “VHF collars are useful for locating an animal but the more advanced GPS collar will allow us to get a much better understanding of the animal’s movement, range and behaviors.”

During the collaring effort, a CPW-contracted company netted the animal from a helicopter and used a tranquilizer so that a collar could be placed. The wolf was able to get loose from the net and headed north toward Wyoming. The animal was subdued just inside of the Wyoming state line.  At that time, the wolf was collared and staff remained with it until it was alert and mobile. CPW staff notified Wyoming Game and Fish of the operation and the crossing of the border.

“We appreciate Wyoming Game and Fish,” Prenzlow said. “I understand this work impacts them and wildlife don’t understand where our dividing boundaries are.”

“The newly collared wolf is a four-year-old male weighing approximately 110 pounds,” said Brian Dreher, terrestrial section manager with Colorado Parks and Wildlife. “The wolf was given a health exam during the collaring process and appears to be in good health.”

In Colorado, gray wolves remain a state endangered species, and may not be taken for any reason other than self-defense. Penalties under C.R.S. 33-6-109, including fines, jail time and/or a loss of license privileges, apply. Colorado voters approved a ballot measure in November 2020 that instructs the Colorado Parks and Wildlife Commission to prepare a plan and reintroduce wolves to western Colorado. To learn more about that process, click on the “Learn about Wolf Management” banner on the CPW website at cpw.state.co.us.