Bostwick Park Water Conservancy District (“the District”) near Montrose continually works  to improve the diversion and delivery of irrigation water to shareholders.

The namesake of the District – Bostwick Park – is located about twelve miles northeast of  Montrose and encompasses about 4,000 acres, but the District’s coverage area comprises about 150 square miles in two counties. Within the District’s boundaries, the Cimarron  Canal and Reservoir Company delivers water to a total of 6,100 acres of farm and  ranchland by accessing diversions on the Cimarron River and tributaries to Cedar Creek.

Storage rights in Silver Jack Reservoir – located on the Cimarron River about twenty miles above the  confluence with the Gunnison River – provide for sport  fishing and recreational benefits, as well as late season  irrigation water for farmland. The reservoir, completed  in 1971, is a Bureau of Reclamation (BoR) project unit  within the Colorado River Storage Project (CRSP). 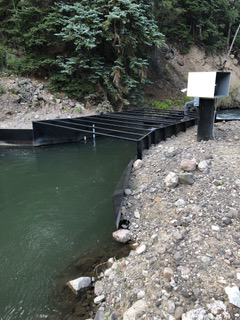 District President Allen Distel has been overseeing  improvements to the District’s water control and delivery systems since 2011. Distel is also president of  Cimarron Canal and Reservoir Company and a life long agricultural producer in the valley.

The District has a small mill levy to support basic  operations, but Distel relies heavily on grants to help  implement a broad range of capital improvements to  the District’s infrastructure.

The District’s headgate on Cimarron River is four miles below Silver Jack Reservoir. Until recently, it was a  three hour round trip to adjust the headgate. In 2018,  the District installed towers and a fiber optic network to enable SCADA control of the headgate, so the height of the headgate can now be adjusted from the office or a mobile phone.

A level sensor was also installed at the flume below the headgate, enabling ditch flow  monitoring in real time. In 2019, an automated wastegate with a SCADA-controlled  actuator was installed. The headgate, flow level sensor and wastegate are managed in  unison to keep ditch levels steady. Photo: Flume with automated sensor, Allen Distel

Funding for the SCADA equipment at the headgate along with a previous project which  piped 2,900 feet of open ditch came primarily from NRCS Resource Conservation Partnership Program (RCPP) funds (83%) with the balance coming from the Colorado  Water Conservation Board and the District. The total cost was about $618,000.

The automated wastegate and water level sensor cost ($31,449) was partially covered by  a grant from the BoR WaterSMART Water and Energy Efficiency grant fund. The District  has utilized BoR Water and Energy Efficiency grants to help pay for several flow control  and monitoring systems. The District is also using a BoR Water Conservation Field Services grant to re-write their operations manual.

The District is currently working to convert nearly 7.75 miles of open earthen ditch into enclosed pipe. The piping project is being done in an area called the Shinn Park / Waterdog and will eliminate an estimated 200 acre-feet of seepage loss and deliver pressurized irrigation water to 1,500 acres of farm and ranchland. With pressurized water, irrigators can upgrade to more efficient sprinkler irrigation systems, further eliminating seepage losses. The project will also remove 3,304 tons of salt annually. Funding is being provided by the Bureau of Reclamation’s (BoR) Salinity and Selenium
Control Program. 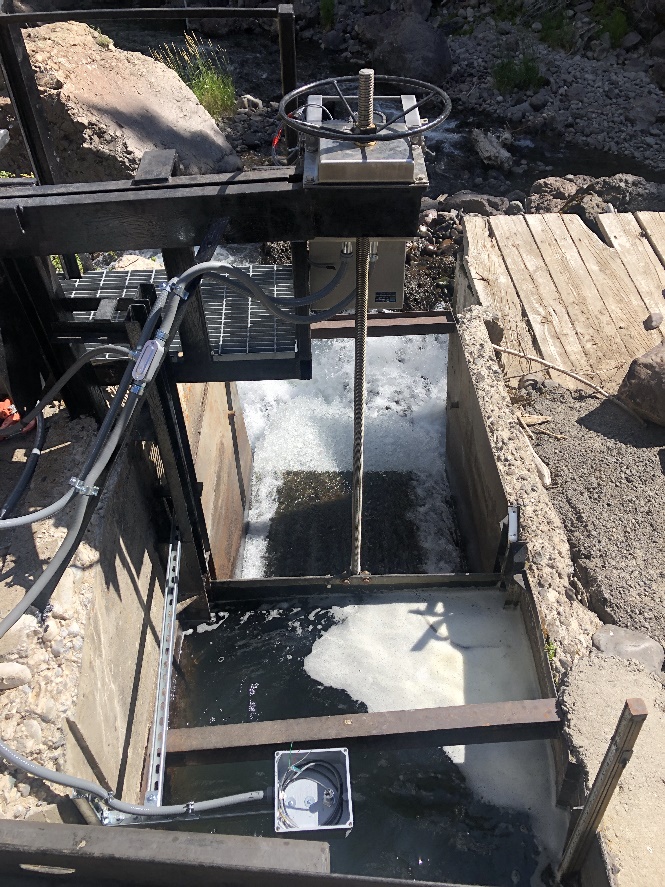 The District also recently received approval for a PL-566 Watershed Protection and Flood Prevention grant through the USDA Natural Resources Conservation Service (NRCS). The project is currently in the public scoping phase, which invites  public comments on the improvements that are planned.

The PL-566 grant will help pipe approximately eight miles of the District’s east and west lateral ditches  and stabilize and line approximately one and half  miles of open canal operated by the Uncompahgre  Valley Water Users Association.

A proposed part of the grant includes replacing the existing diversion structure on the  Cimarron River with a radial
gate. The SCADA system will allow the radial gate to be managed in concert with the water level sensor in the ditch below the headgate and the actuator controlling the wastegate. Photo: Waste gate with SCADA controlled motorized actuator, Allen Distel

Once installed, the system will adjust the radial gate and the wastegate automatically to  maintain the ditch level and river flow. Ultimately, this system will also be tied into the  outlet gates on Silver Jack Reservoir which will help minimize reservoir releases beyond  the amount needed by irrigators and maintain more optimal flow levels in the Cimarron  River.

Total PL-566 grant funding being sought is $18 million. The project is being sponsored by  the District and co-sponsored by Uncompahgre Valley Water Users Association (UVWUA),  Cimarron Canal and Reservoir Company and Trout Unlimited.

Colorado Cattlemen’s Association’s (CCA) is the state’s premier cattlemen’s association serving as the principal voice and advocate for Colorado beef production. CCA accomplishes this through its vision of “advancing the legacy” of beef production for its members by ensuring a dynamic and profitable industry that provides growth and opportunity for future generations. Learn more and become a CCA member today at www.coloradocattle.org