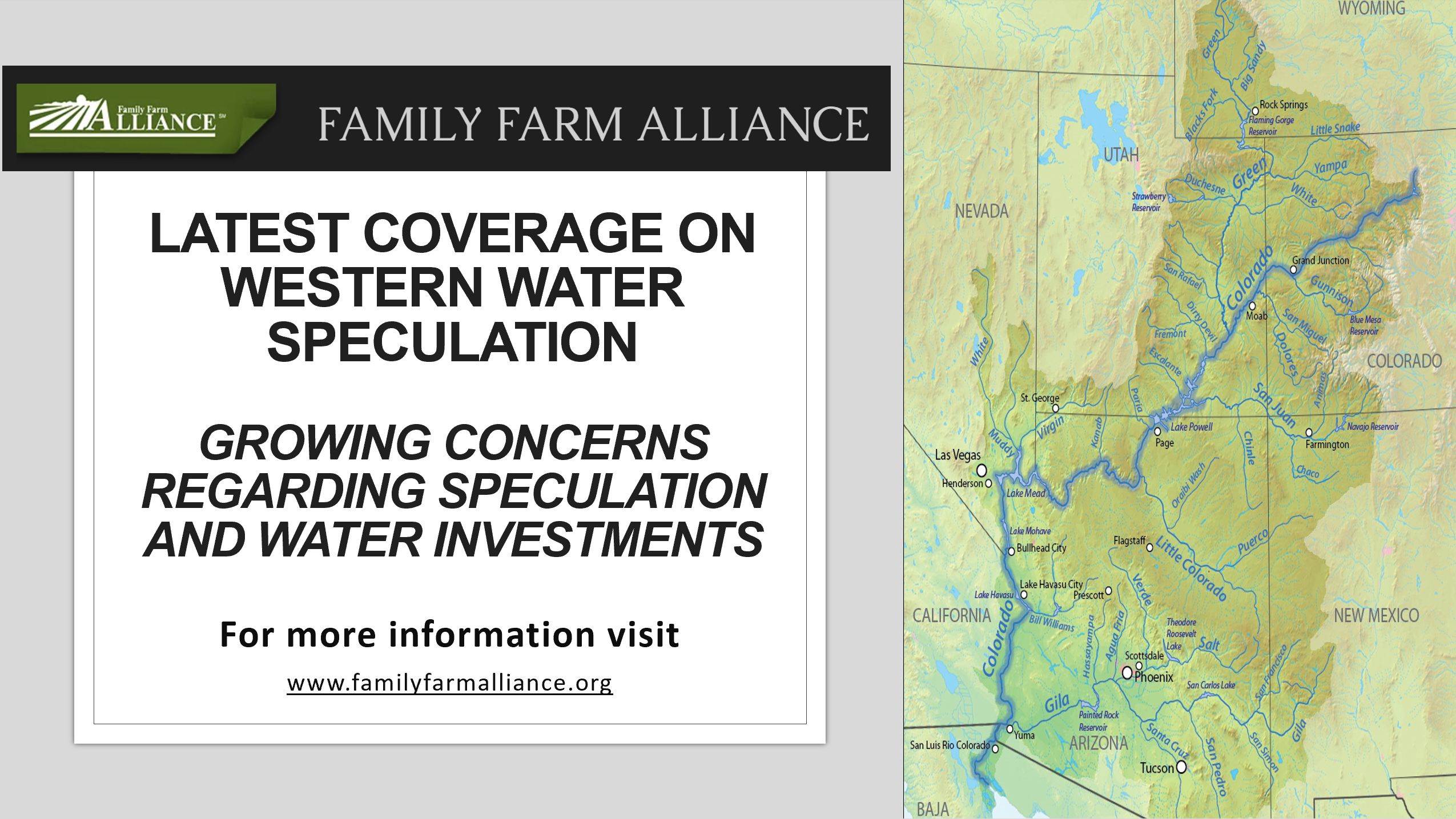 Recent media coverage has many in the water world talking about water speculation in the West. An article in the New York Times focused on the Colorado River and included quotes from James Eklund, who works for Water Asset Management (WAM), which favors a market-driven approach to water distribution in the West. Another WAM associate, Brian Richter, shortly thereafter wrote this guest column: Western Slope needs to suspend irrigation to avert water shortage catastrophe that was published in the Denver Post.

The Family Farm Alliance and others have responded with guest columns of their own on this matter, including this one: Lasting Colorado River solutions come from Main Street – not Wall Street, co-authored by Alliance Executive Director Dan Keppen, Scott Yates (Director, Western Water & Habitat Program, Trout Unlimited) and Taylor Hawes (Colorado River Program Director, The Nature Conservancy).

The Denver Post also ran this response: Collaboration will protect the Colorado River from drought and speculation alike from Rebecca Mitchell, Colorado’s current Colorado River Commissioner and director of the Colorado Water Conservation Board.

Speculation and private investment in water is a growing concern across the state. This is a complex issue, but a coalition of water experts, policymakers, and other Coloradans are addressing it, including through an Anti-Speculation Law Workgroup formed by the Colorado General Assembly to consider and strengthen existing anti-speculation law.

We will continue to keep you informed on this and other developments impacting Western irrigated agriculture.