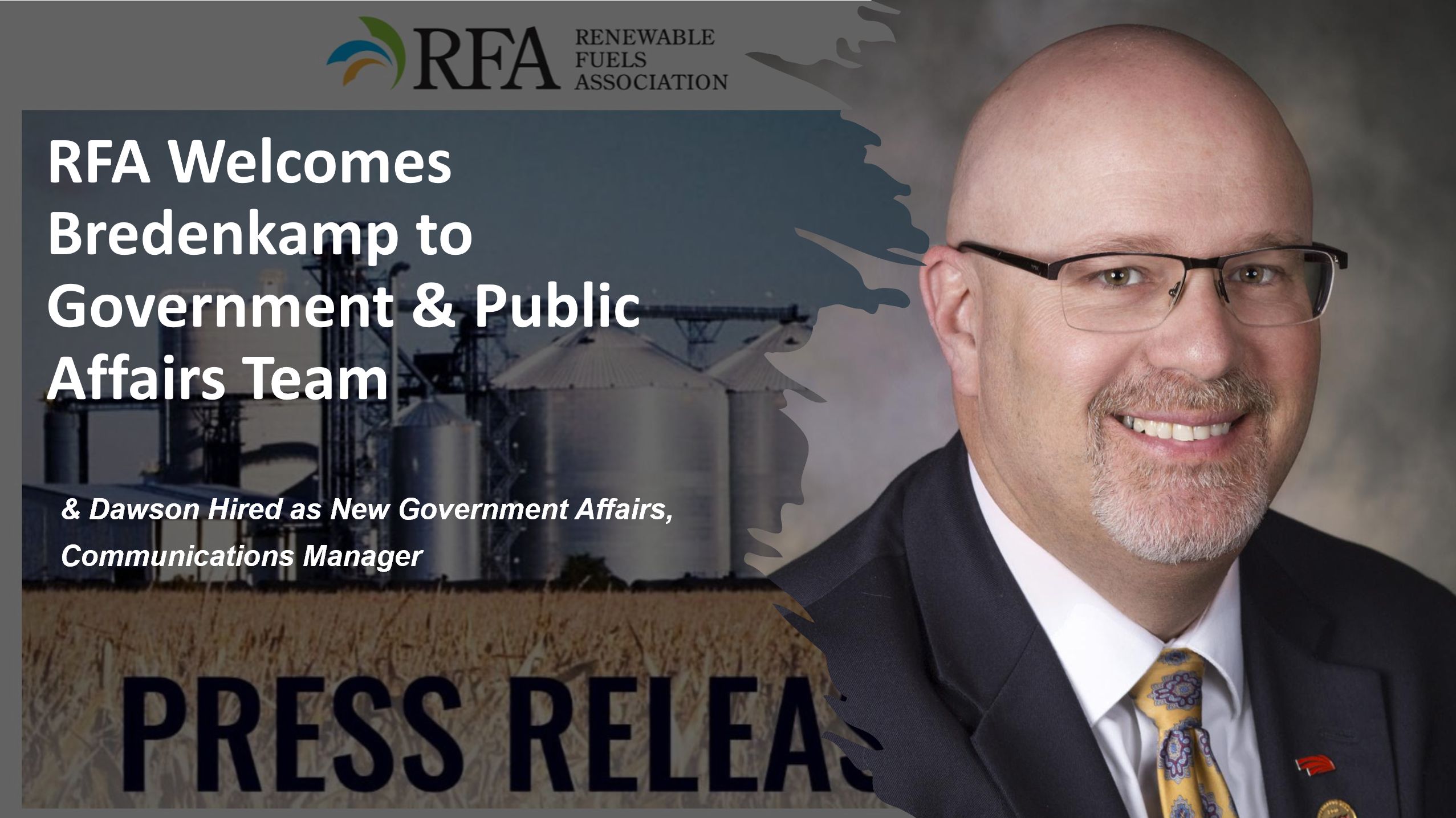 The Renewable Fuels Association today is pleased to announce that Troy Bredenkamp is joining the association’s staff as its new Senior Vice President for Government and Public Affairs. Bredenkamp, who currently serves as the Executive Director of Renewable Fuels Nebraska, starts in RFA’s Washington office on January 19. He replaces Jessica Bennett, who is departing RFA after three years of service.

“We are excited to welcome Troy to the RFA team and we know he will make an immediate mark on our advocacy and public affairs activities,” said RFA President and CEO Geoff Cooper. “Troy brings years of government relations and strategic communications experience to the association, and he has extensive knowledge of renewable fuels policy issues. He clearly shares our vision, passion, and commitment to expanding opportunities for U.S. ethanol producers.”

Bredenkamp took the helm at Renewable Fuels Nebraska in 2017 and helped shape the association into one of the most respected and successful state-level biofuels groups in the nation. Prior to that, he served as General Manager of the Nebraska Rural Electric Association. Previously, he served as Executive Vice President of the Colorado Farm Bureau and Director of Congressional Relations for the American Farm Bureau Federation in Washington. A native of York, Neb., Bredenkamp was raised on a 500-acre diversified farm operation that is still owned by his family. He is a graduate of the University of Nebraska at Lincoln with a B.S. in education with a major in natural sciences.

“The ethanol industry is a vital component of the American rural fabric,” Bredenkamp said. “While we have recently experienced numerous challenges, many more opportunities lie ahead for this industry. I look forward to working closely with RFA members, our industry partners and the new administration and Congress to propel ethanol’s important role far into the future.”

Cooper also thanked Bennett for her dedicated service to RFA’s members over the past several years. “We bid Jessica a fond farewell and wish her continued success in her new endeavors. She has been a tireless and effective advocate for the renewable fuels industry, and she played a key role in the achievement of many important victories for our association’s members.”

Finally, RFA announces today the addition of Gidel Dawson in the Washington office as its new Manager of Government Affairs and Communications. Dawson’s professional experience includes working on Capitol Hill for a Virginia congressman and roles in fundraising, event planning, and marketing/communications. She is a native of Rockwell City, Iowa, and a graduate of Creighton University.