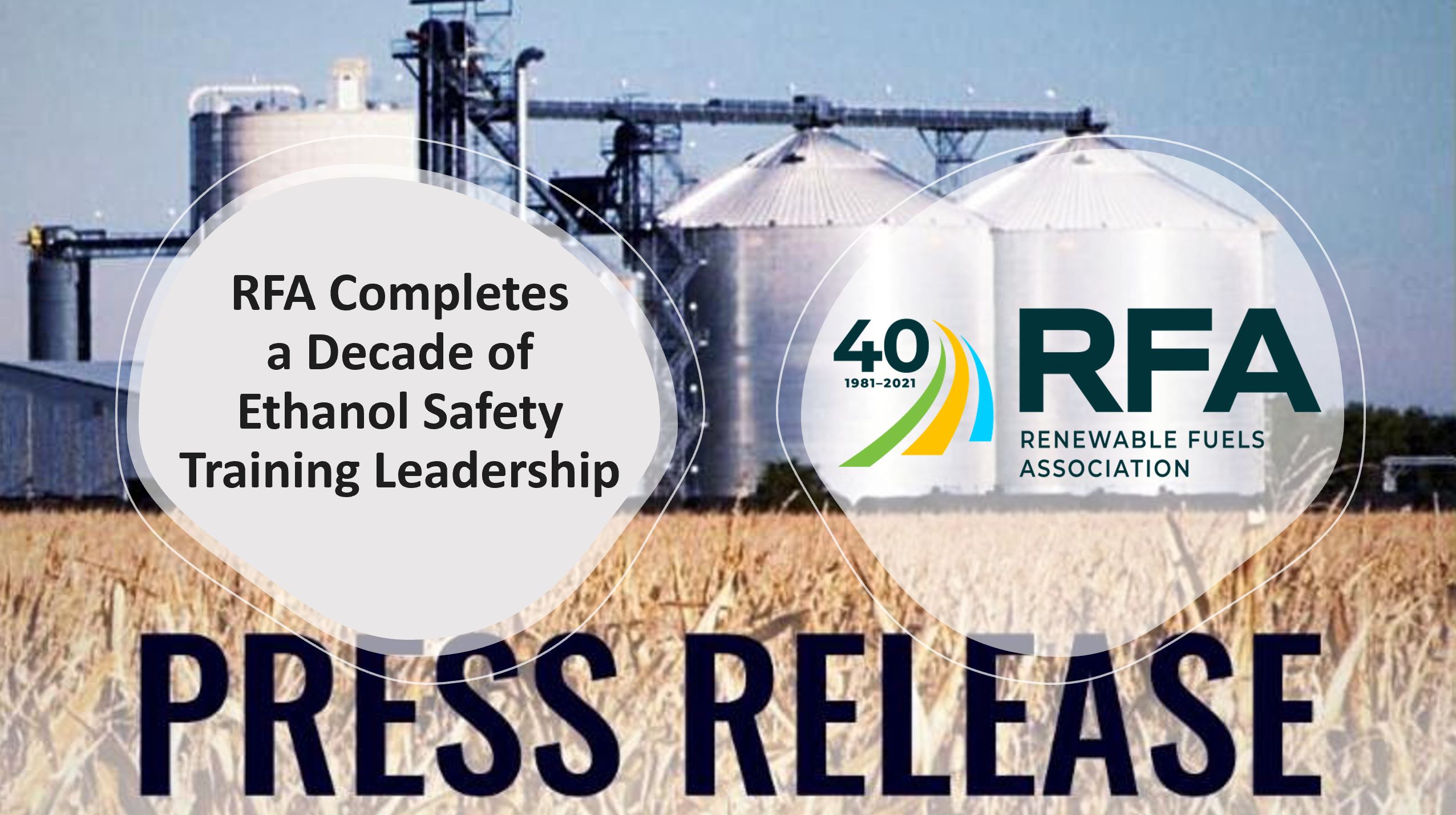 The Renewable Fuels Association’s industry-leading safety program celebrates 10 years of national leadership this month. Over the past decade, RFA’s safety training has reached thousands of first responders, rail shippers, ethanol plant workers and others, protecting the industry’s employees and saving lives in communities around the world.

“While our award-winning safety training program often flies below the public radar, it is crucially important to ethanol producers and our partners across the entire supply chain,” said RFA President and CEO Geoff Cooper. “The ethanol industry maintains an impeccable safety record and RFA’s sustained safety training efforts deserve much of the credit. We are proud to offer the essential training and educational tools that help protect workers, first responders, communities and the environment.”

In 2014, RFA launched a “Train the Trainer” Ethanol Emergency Response program, and in 2016 a two-hour online self-led training course debuted in partnership with the International Association of Fire Chiefs and is hosted by the IAFC Academy. All tallied, RFA has hosted 328 training events reaching more than 13,000 attendees since December 2010. Its ethanol Emergency Response Seminars and Webinars have reached over 8,000 people, while “Train the Trainer” programs and the Online Ethanol Emergency Response Course have reached more than 4,000. In-person training has been held in 49 states; Hawaii is the only state where no training has yet been conducted. RFA has also trained attendees in 26 countries on five continents.

“The content offered in this class was phenomenal,” said Deanna Williams, with the City of Tallahassee, who underwent a safety training webinar in early December. “I was in the United States Army, and part of my job was learning how to put safety first, making sure I was aware of my surroundings, and making sure that I am keeping people safe around me. It is important for people to know about the things that are behind the scenes that people do to keep us safe—and to save our environment. I would definitely recommend it to other organizations, and anyone who is in the public health arena.”

To support its safety efforts, RFA has received a total of $740,000 in grant funding from federal and state governments and non-profit trade and educational organizations, as well as private businesses. RFA’s Ethanol Emergency Response training efforts have won eight national achievement awards, and the organization has worked closely with TRANSCAER, a voluntary national outreach effort that focuses on assisting communities to prepare for and respond to a possible hazardous material transportation incident.

Now, RFA is currently working to update eight training module videos and an additional learning management platform, to be completed by spring 2021. In addition, a full slate of online training seminars has been scheduled for 2021. Visit www.EthanolResponse.com for more information.