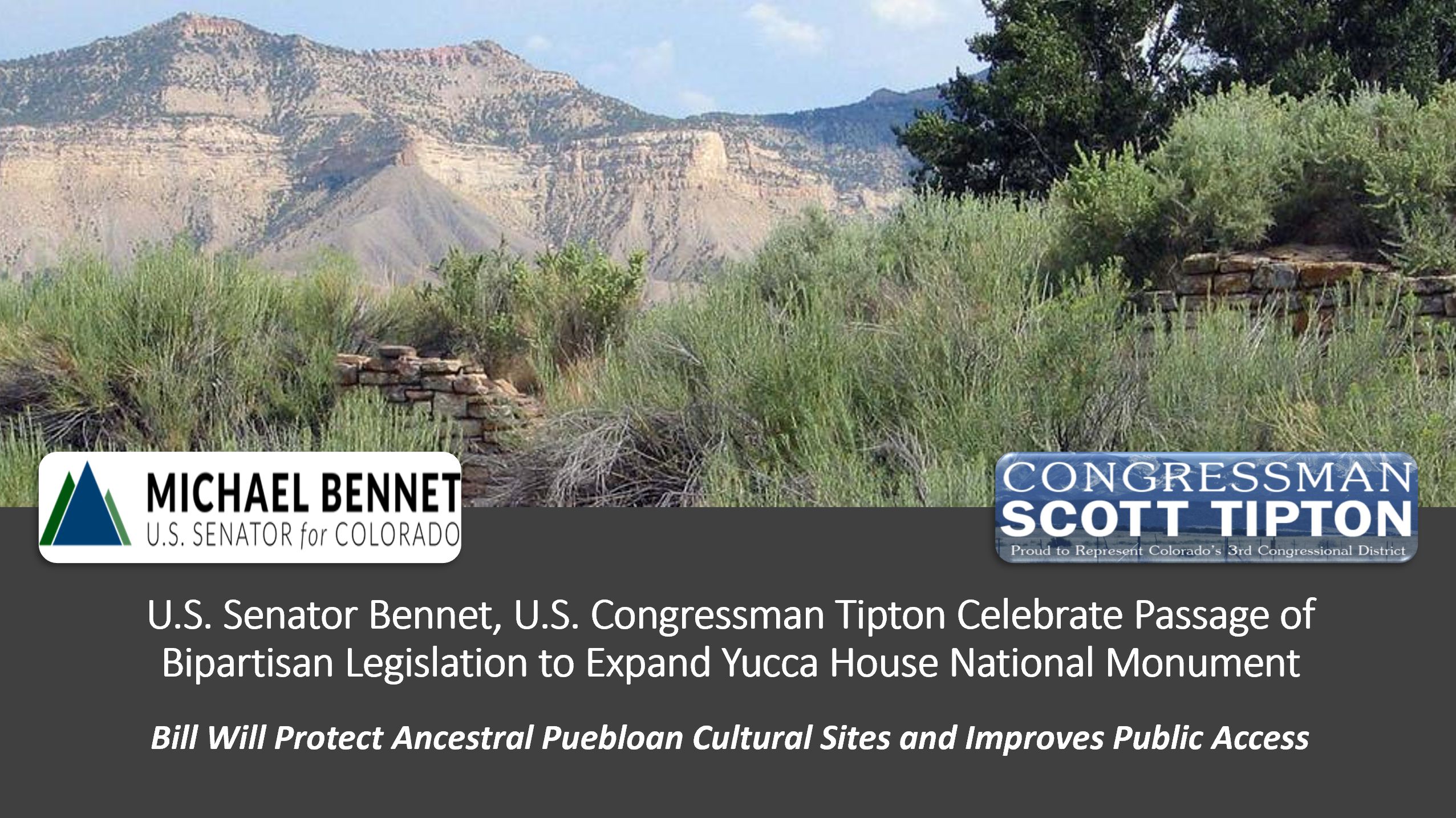 Denver – Today, Colorado U.S. Senator Michael Bennet and U.S. Representative Scott Tipton celebrated Senate passage of their bill to expand Yucca House National Monument. The bill, which would modify the boundary of Yucca House National Monument to incorporate a 160-acre private landowner donation, passed the U.S. House of Representatives in February and now heads to the president’s desk to be signed into law.

“Yucca House National Monument has a rich history as a community center for the Ancestral Puebloan people, and it is one of our state’s most important archaeological sites,” said Bennet. “We’re grateful to the landowner, Bernard Karwick, who through his incredible generosity and patience has made this monument expansion possible, protecting ancient dwellings and improving public access to the site for generations to come. I look forward to the president signing this bill into law.”

“I am incredibly pleased that we were able to facilitate this land donation to further protect the archaeological sites and cultural heritage of the Ancestral Pueblo. H.R. 1492 is an example of the importance of local support and bipartisanship when it comes to public lands designations. The bill passed the House Natural Resources Committee, full House, and Senate with broad bipartisan support, and it’s only because of a strong bipartisan effort within the Colorado delegation that we are sending it to the president’s desk. I look forward to seeing the bill signed into law,” said Tipton.