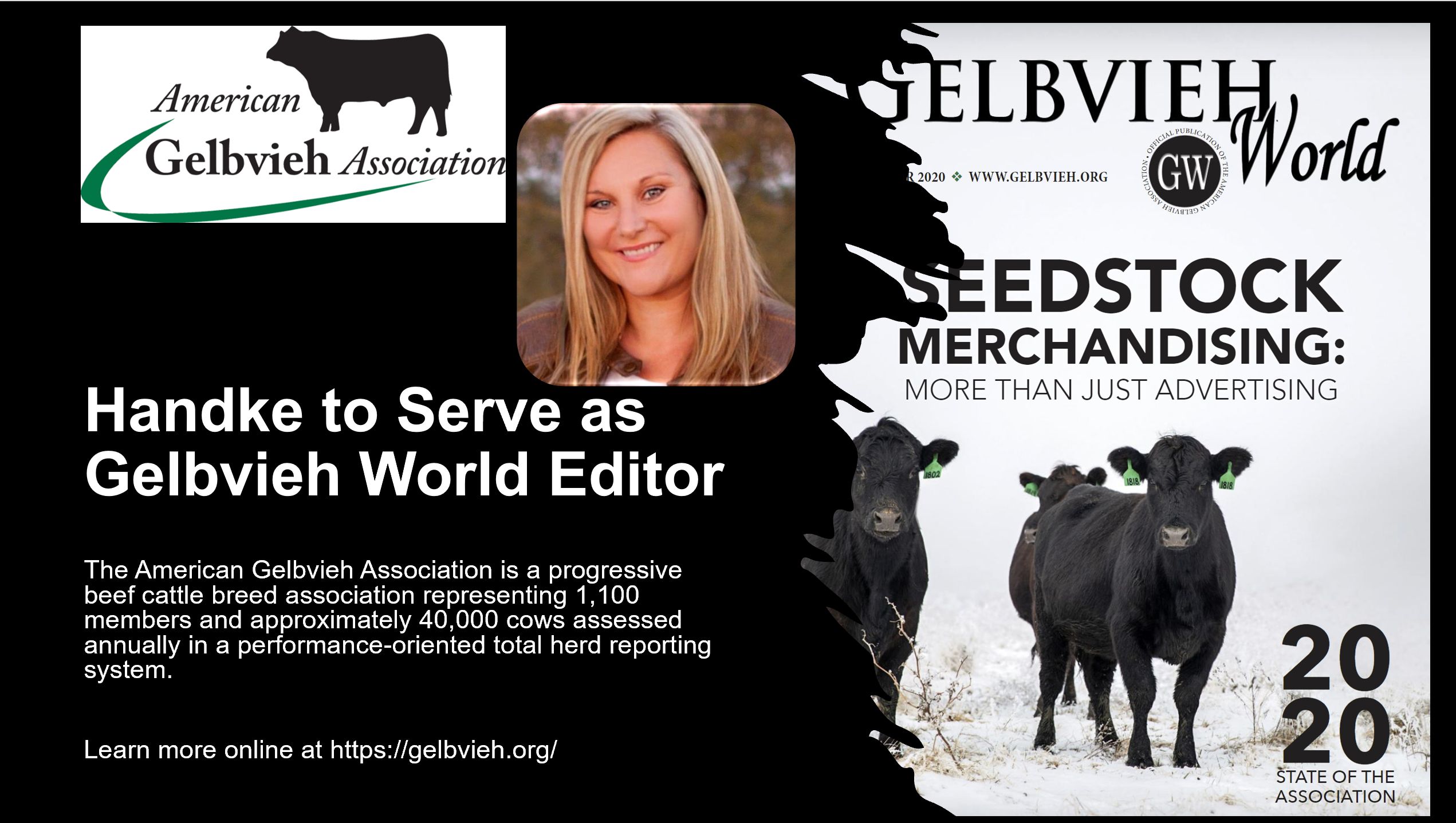 LINCOLN, NE – The American Gelbvieh Association (AGA) is excited to announce the addition of Laura Handke to the AGA publications team, serving as editorial contractor.
In her role, Handke will help to create and coordinate content for Gelbvieh World and The Profit Picture publications as well as other AGA communications efforts. Handke previously contributed to the publications through freelance writing.

Handke, her husband and eight-year-old daughter, Audrey, live in Easton, Kansas and run a small herd of commercial cattle. Handke holds both a bachelor’s and master’s degree in agriculture science from Northwest Missouri State University and has been professionally involved in agriculture communications for the past decade, working on education initiatives and content for crop and health animal companies and associations.

“Laura has contributed great work to our publications in the past and we are excited to have her a part of our team in this new capacity,” says Megan Slater, AGA executive director. “She has a wealth of experience in ag communications and will be a great asset in growing the Gelbvieh and Balancer message.”
Handke began her role at AGA on December 1 and can be reached at laura@gelbvieh.org.

Check out the December 2020 edition of Gelbvieh World