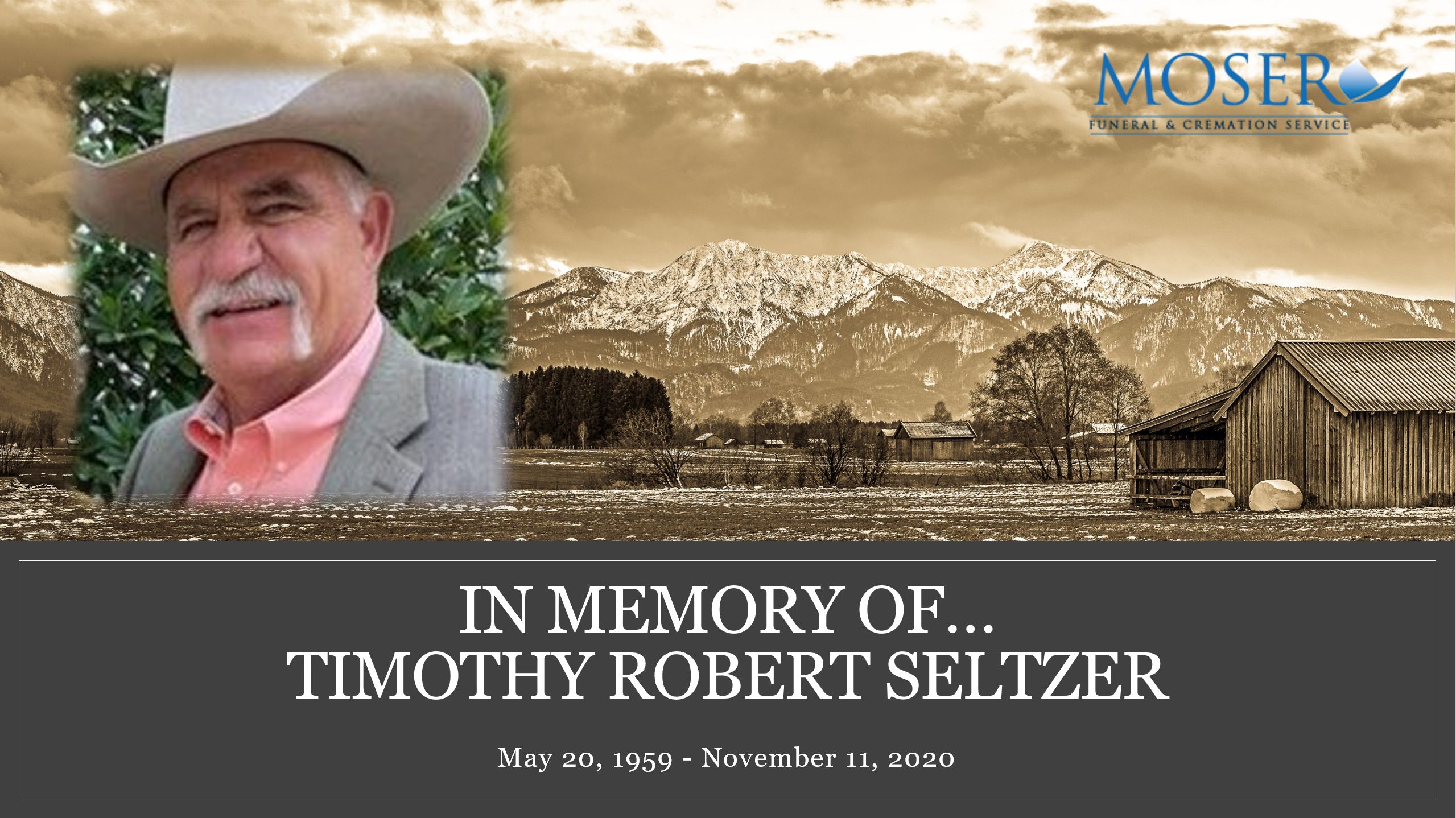 Tim was a graduate of Brighton High School, class of 1977. He went on to achieve an associate degree in Animal Science from Northeastern Junior College, as well as a bachelor’s degree in Animal Science from Colorado State University. In 1988, Tim met the love of his life and married Jennifer Johnson in Boulder, CO. Tim finished his college education achieving a Master of Science in Farm Animal Reproductive Physiology from North Dakota State University, graduating with the class of 1996.

Tim and his family moved to Briggsdale, CO in 1995 where he has resided ever since. He was a Salesman for Ecolab Inc., for 25 years, receiving Salesman of the year in 2000. Tim was a life-time member of the Brighton Elks, and belonged to the National Rifle Association, American Boer Goat Association, the Elks Foundation and was a Weld County Shooting Sports Coach & Leader.

He is preceded in death by his father, Robert Lee Seltzer and his infant brother, Jimmy Seltzer.

In lieu of flowers, memorial donations may be made in Tim’s name to the Weld County Shooting Sports program, in care of Moser Funeral Service & Cremation, 3501 S. 11th Avenue, Evans, CO 80620.

To send flowers or a memorial gift to the family of Timothy Robert Seltzer please visit our Sympathy Store.