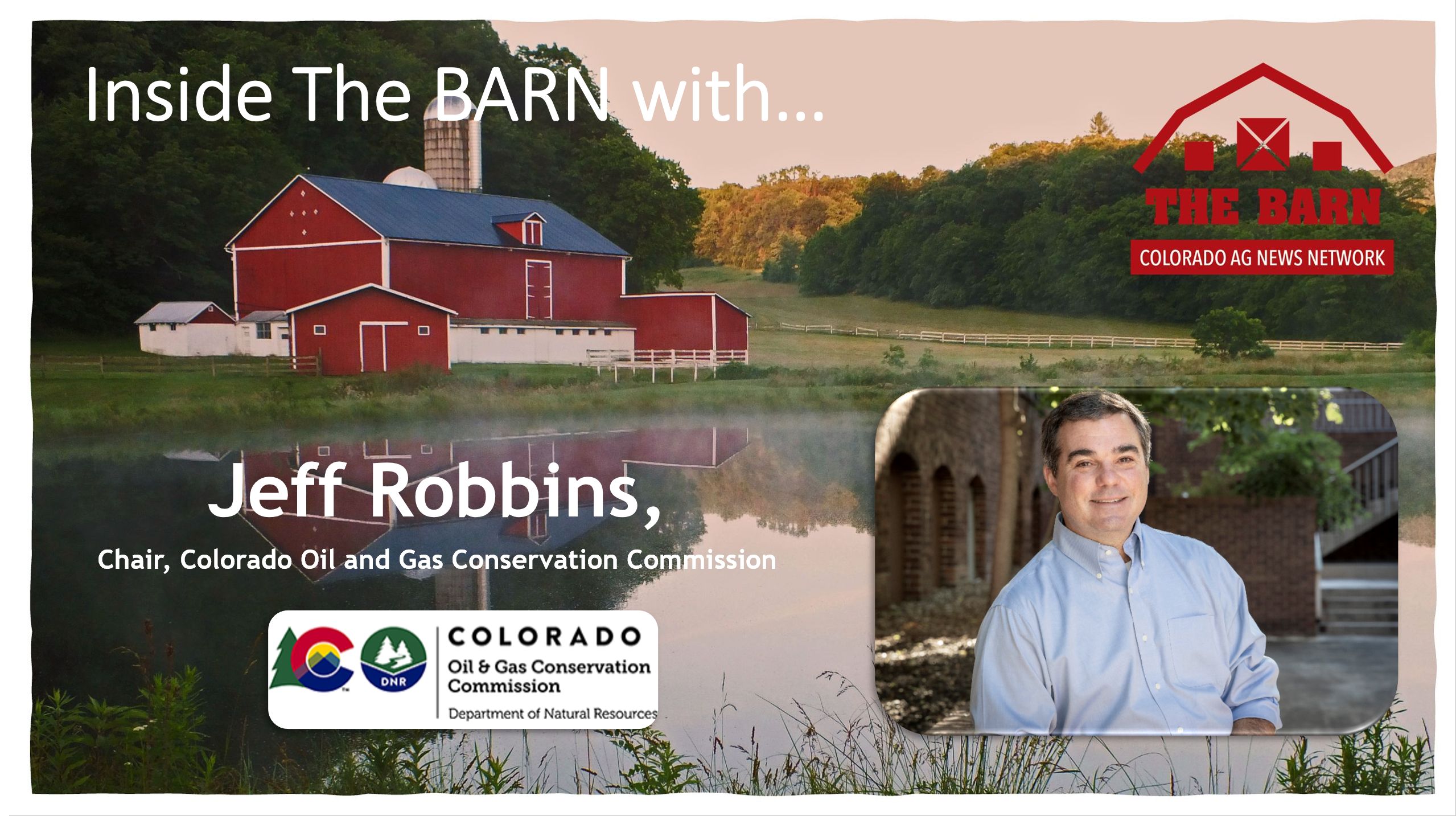 The BARN, Briggsdale, CO – December 14, 2020 – Joining the Colorado Ag News Network and FarmCast Radio at this time is the Chair of the Colorado Oil and Gas Conservation Commission Jeff Robbins, providing an update on the COGCC and SB 19-181 and more…

Jeff Robbins was appointed by Governor Polis to serve as the first Chair of the Colorado Oil and Gas Conservation Commission’s (COGCC) new Professional Commission, July 1, 2020. Robbins was appointed as “member with professional experience demonstrating an ability to contribute to the commission’s body of expertise that will aid the commission in making sound, balanced decisions” for a term expiring July 1, 2024. In this role, Robbins will help to lead the newly formed Professional Commission’s efforts in support of the implementation of the landmark legislation, SB 19-181, that changed the COGCC’s mission from “fostering” oil and gas development to “regulating” in a manner that is protective of public health, safety, welfare, wildlife and the environment. Robbins joined the COGCC on January 17, 2019 as interim Director and then as official Director on March 19, 2019. For the past 18 months, he led the division’s efforts in SB 19-181 rulemaking, all day-to-day operations and implementation of SB 19-181. Prior to being the Director of the COGCC, he served as counselor and advisor to Gov. Jared Polis on oil and gas issues for the past six years. Robbins also served on the 2014 Colorado Task Force Regarding State and Local Regulation of Oil and Gas Operations. Prior to his appointment to COGCC, Robbins had a private law practice in Colorado since 1996 and was a partner in the law firm of Goldman, Robbins, Nicholson & Mack, P.C., based in Durango. He has substantial experience in governmental law. Early in his career he served as County Attorney for La Plata County for 12 years and Archuleta County for three years. More recently, he has focused his practice on assisting multiple front range communities, including Adams County, the City of Aurora, the City of Dacono, Boulder County, the City of Lafayette, and the City of Timnath, as legal counsel on oil and gas matters helping these communities address land use and surface issues arising out of oil and gas operations. He had practiced extensively before the COGCC in the representation of these clients. Robbins has a B.A. in English from Washington and Lee University and earned a J.D. from the University of Georgia School of Law.

The mission of the Colorado Oil and Gas Conservation Commission (COGCC) is to regulate the development and production of the natural resources of oil and gas in the state of Colorado in a manner that protects public health, safety, welfare, the environment and wildlife resources.

If you would like to learn more about the COGCC please visit https://cogcc.state.co.us/#/home