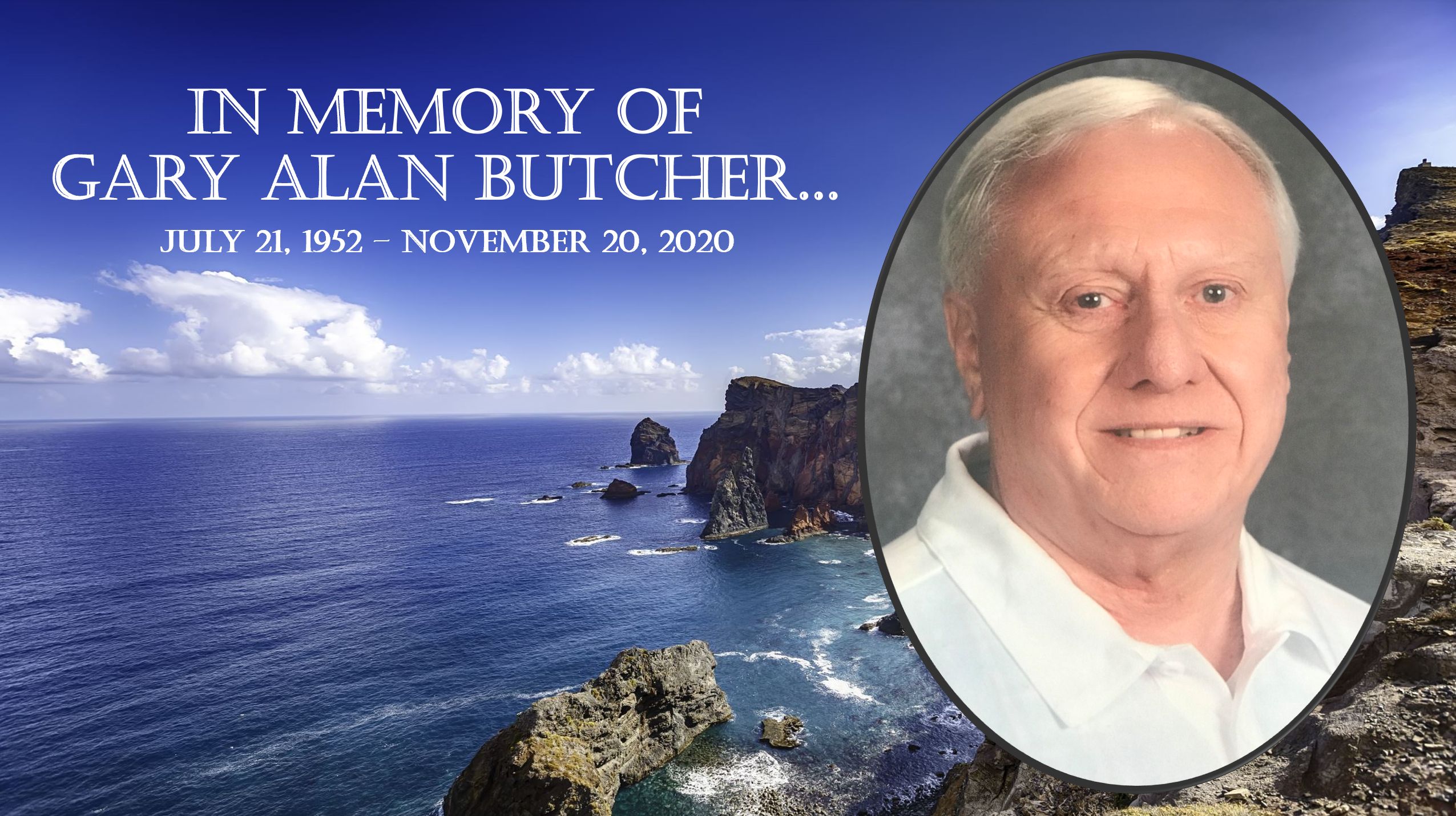 Gary A. Butcher sadly passed away, with his family by his side, on November 20, 2020 due to Covid 19 and the Covid Storm.  He gave a long and hard fight but unfortunately, he could no longer fight the fight. He was a “Mighty Warrior” that sadly lost his battle!

Gary was born in Bridgeton, NJ and the only child of Dorothy and George Butcher.  He was happily raised with many beloved cousins, friends, and an adoring Grandma, so he never felt like an only child.  Gary graduated from Bridgeton High School in 1970 and left his family and friends to venture out to the unknown of Ft. Collins, CO to attend Colorado State University.  Gary graduated from CSU with both his Undergrad Degree and his Masters, in Education.  He completed his dream of receiving his Doctorate in Education, in 2012 from the University of Denver.  He taught full-time and went to college full-time to achieve his goal.   It was his mother’s dream to see her only child receive his PhD.  But it was not meant to be as she unfortunately passed away before he became Dr. Gary Butcher, PhD.

Gary was a “Gifted Educator” and loved teaching students that wanted to embrace learning and knowledge.  He proudly taught Computer Science at Falcon High School, Falcon, CO, from 2002 to 2020.  Gary was a “Brilliant Teacher” and “Sharer of His Incredible Knowledge”!  Learning was Gary’s passion and he wanted to be able to learn everything he could so that he could talk to any person on any subject. He was also so proud to have numerous former students working for Google, Micro-Soft and other large tech companies.

Tragically, Gary had just retired and had plans to continue working alongside his beloved wife Lucy, at Trader Joe’s.  Gary told the Captain that he wanted to work at Trader Joe’s, because he wanted to be as happy at work as Lucy was.  Trader Joe’s became and continues to be their family.  The two were also planning a trip to Ireland and other fun locations to celebrate their older years together, learning as they traveled.

Gary and Lucy happily met online (when it was not a thing) in March of 1999 and married in September 1999.  They were “Best Friends” and held hands every night as they said their prayers and fell asleep for 21 beautiful and amazing years.  Their greatest joy was spending as much time with their children and grandchildren as possible.  Gary’s family and friends will miss his uncanny whit, tremendous sense of humor, his fun character, his amazing knowledge and his joy of teaching something new to everyone he met.  He was a Great Believer and spread the Word of God throughout his life by living the kind of life he expected of himself.  We will all miss you deeply Dr. Gary Butcher!

Gary is survived by his loving wife and best friend Lucy, his daughter Gwen Quiroga, Ft. Collins, CO and Stepchildren, son’s Todd Eads, Grover Beach, CA and Mark Eads, Grover Beach, CA, daughter Sara Grady, Aurora, CO and former daughter-in-law Jasmina Eads, Grover Beach, CA.  He was a beloved Gramps and Poppie to his eight adoring grandchildren that he too just happened to adore.  He is also survived by Brian and Connie Allmer, Briggsdale, CO both former students in the early years of Gary’s teaching career, who became like Gary and Lucy’s children.  By his Aunt Edna Parsons of Lexington, KY and many cousins and especially Kathy Butcher, Bridgton, NJ, who has been like a devoted “sister” to Gary and Lucy.  She lovingly cared for his mother and father as they fought an extended time with cancer.  She was our “Angel” as we were living in CO and unable to care for them.

The family will have a “Celebration of Gary’s Life” as soon as the Covid 19 issue has been resolved.  If you would like the family has chosen the “Wounded Warriors Project” as the Charity to make donations to in memory of Gary or to any Charity of your choice.

He was preceded in death by his loving parents, Dorothy and George Butcher, grandparents, numerous aunts, uncles, cousins and close friends.  We will miss you Gary Butcher!

Prep Trees in Fall for the Winter Ahead

Nominate a leader for the Kathy Underhill Scholarship Award

Prep Trees in Fall for the Winter Ahead

Nominate a leader for the Kathy Underhill Scholarship Award