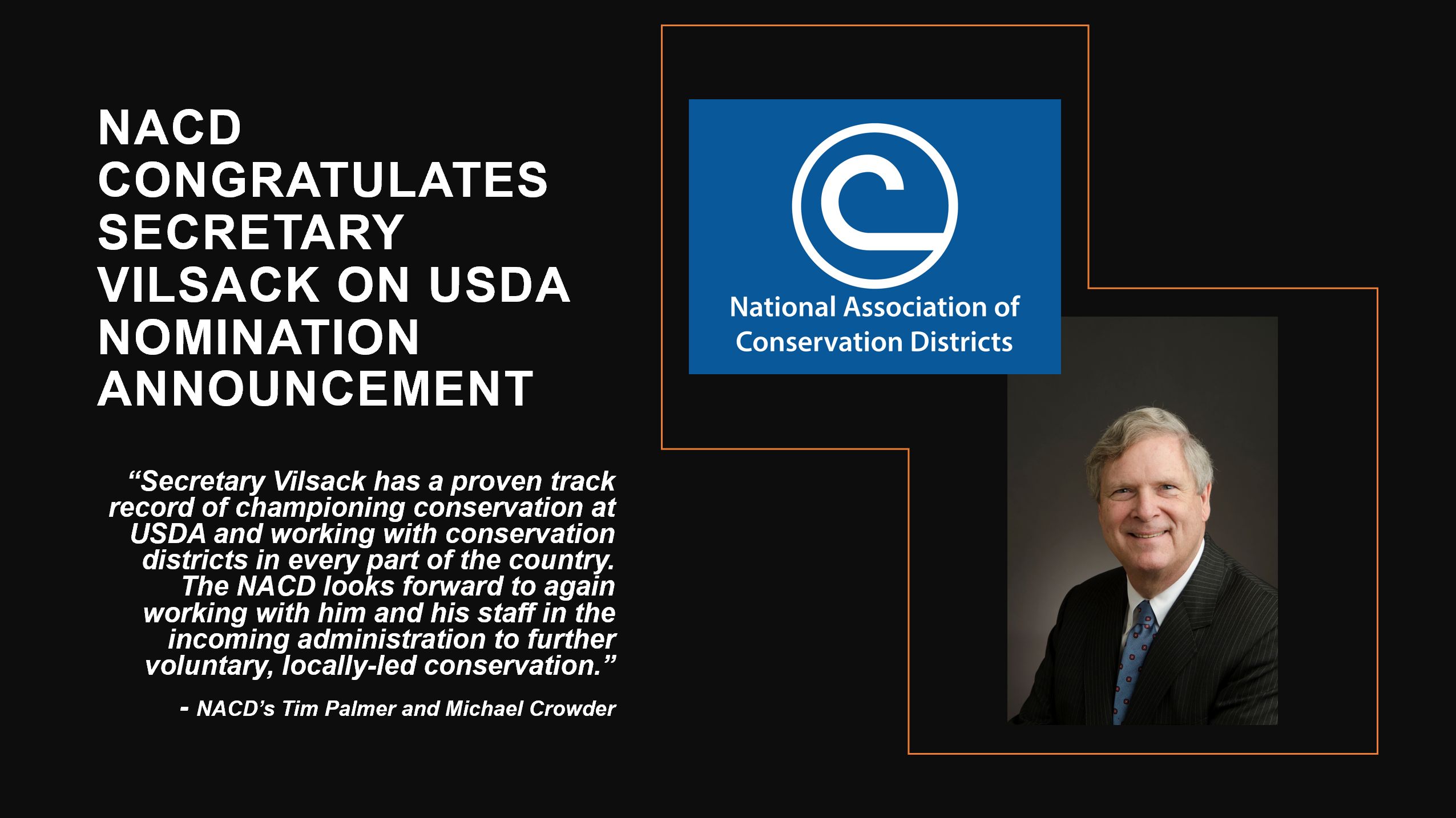 WASHINGTON – Today, National Association of Conservation Districts (NACD) President Tim Palmer and President-elect Michael Crowder offered their congratulations to Secretary Tom Vilsack after President-elect Joe Biden announced that he will nominate Vilsack to serve as Secretary of Agriculture in the Biden Administration.

“On behalf of America’s 3,000 conservation districts and the more than 17,000 district officials who serve on their governing boards, we congratulate Secretary Vilsack on this nomination,” Palmer and Crowder said.

Secretary Vilsack formerly served as Agriculture Secretary from January 2009 to January 2017 under the Obama Administration, heading the United States Department of Agriculture (USDA).

“Secretary Vilsack has a proven track record of championing conservation at USDA and working with conservation districts in every part of the country,” Palmer and Crowder said. “NACD looks forward to again working with him and his staff in the incoming administration to further voluntary, locally-led conservation.”

Secretary Vilsack’s confirmation hearing has not yet been publicly scheduled.