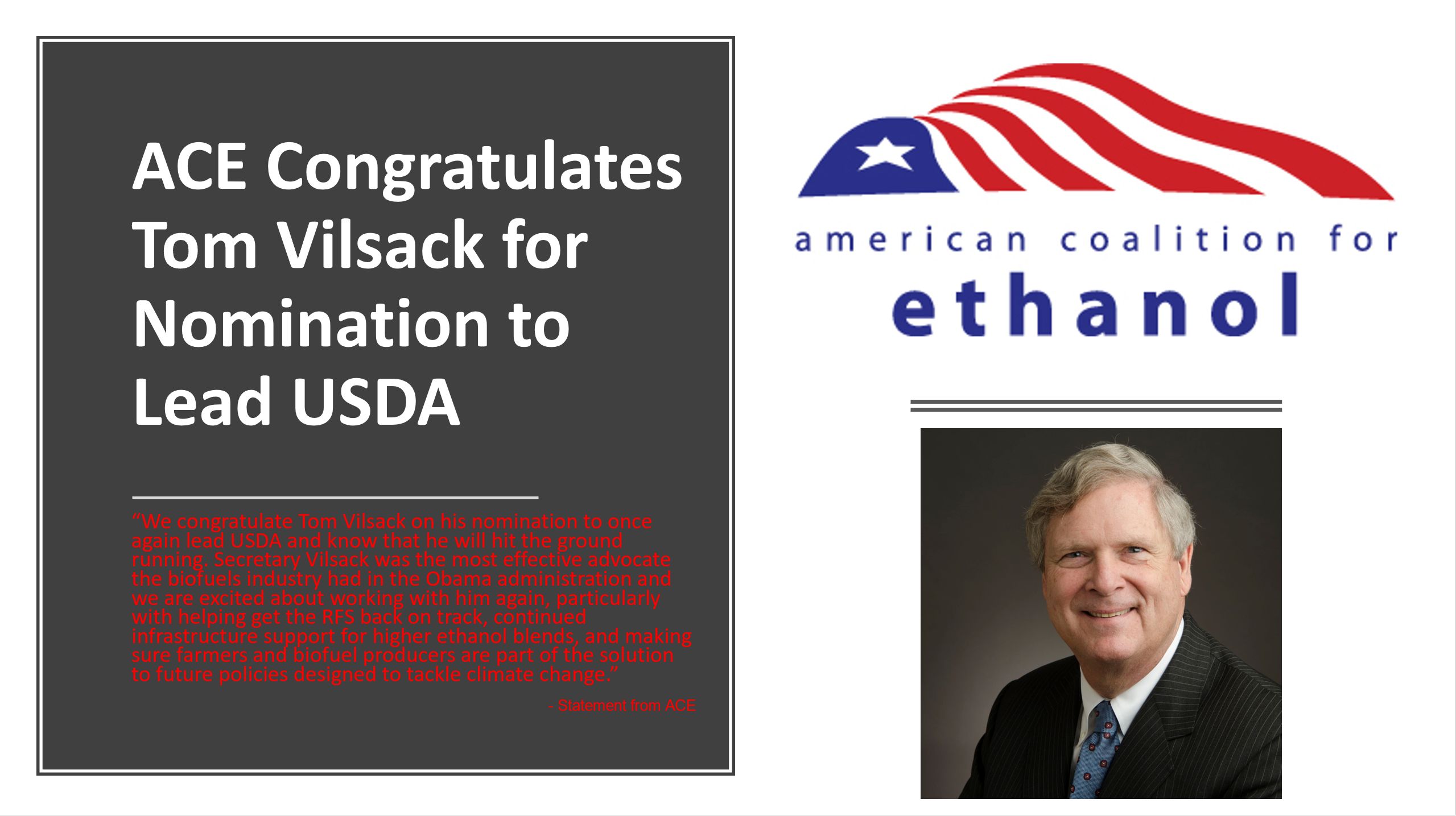 “We congratulate Tom Vilsack on his nomination to once again lead USDA and know that he will hit the ground running. Secretary Vilsack was the most effective advocate the biofuels industry had in the Obama administration and we are excited about working with him again, particularly with helping get the RFS back on track, continued infrastructure support for higher ethanol blends, and making sure farmers and biofuel producers are part of the solution to future policies designed to tackle climate change.”

The American Coalition for Ethanol (ACE) is powered by people who have built an innovative industry that sustainably delivers clean fuel and valuable food for a growing world. These farmers, ranchers, Main Street businesses, scientists, investors, and renewable fuel producers work together to inform consumers and elected officials that in addition to helping keep gas prices low, creating jobs, improving the economy, displacing foreign oil, and reducing greenhouse gas emissions, ethanol delivers a great deal of human good.  Unite with ACE at www.ethanol.org and follow us on Twitter at @ACEethanol.