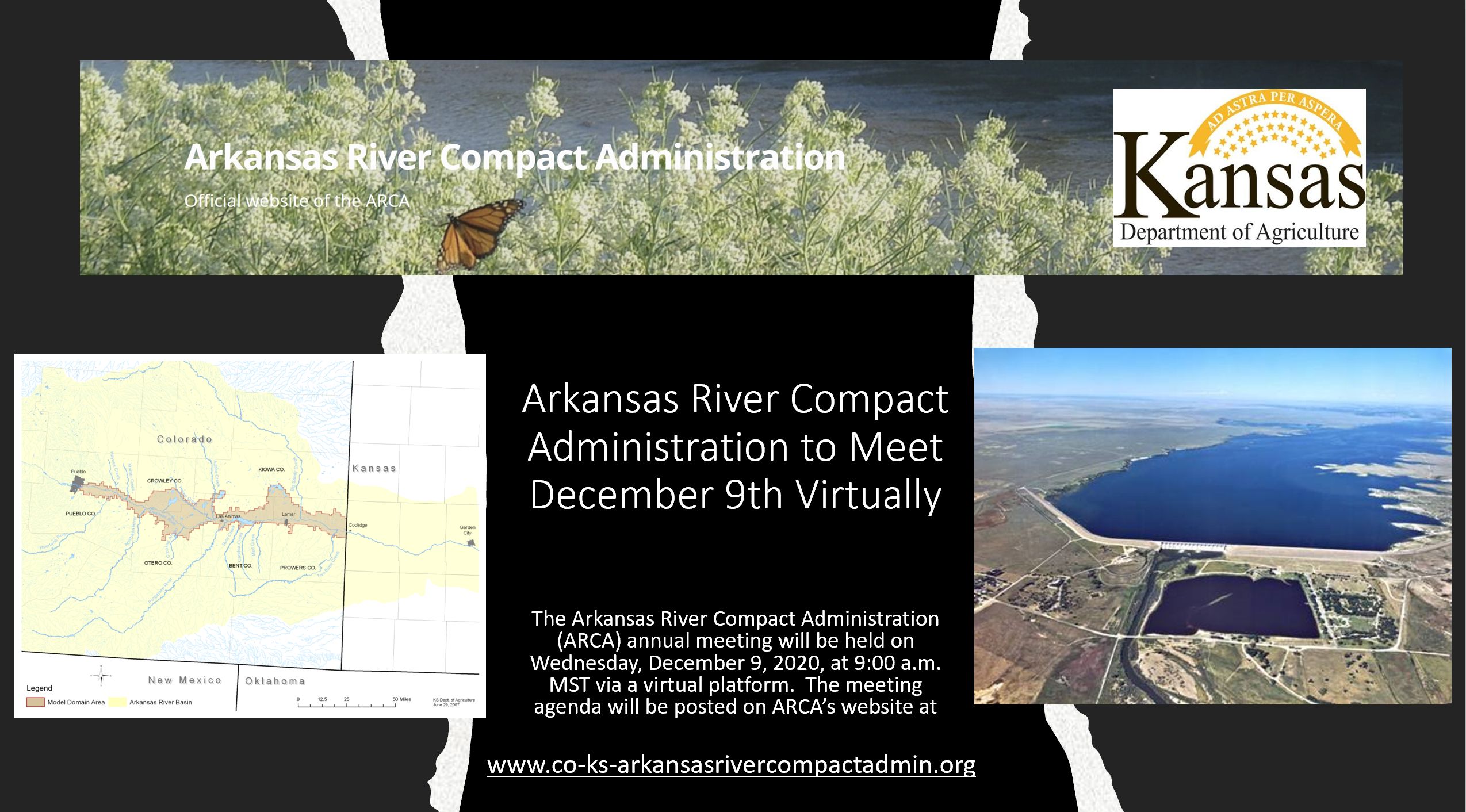 MANHATTAN, Kansas — The Arkansas River Compact Administration (ARCA) annual meeting will be held on Wednesday, December 9, 2020, at 9:00 a.m. MST via a virtual platform.  The meeting agenda will be posted on ARCA’s website at www.co-ks-arkansasrivercompactadmin.org.

ARCA administers provisions of the Kansas–Colorado Arkansas River Compact, including operation of the John Martin Reservoir. Topics to be covered at the annual meeting include a review of John Martin Reservoir operations, compliance update, committee reports, and updates from state and federal agencies.

The annual meeting and committee meetings are open to the public. Individuals who require special accommodation should notify Stephanie Gonzales at 719-734-5367 at least three days prior to the meeting.

The Kansas-Colorado Arkansas River Compact was negotiated in 1948 between Kansas and Colorado with participation by the federal government. Its stated purposes are to settle existing disputes and remove causes of future controversy between Colorado and Kansas regarding Arkansas River water and to equitably divide and apportion the water between Colorado and Kansas, including benefits arising from John Martin Reservoir.