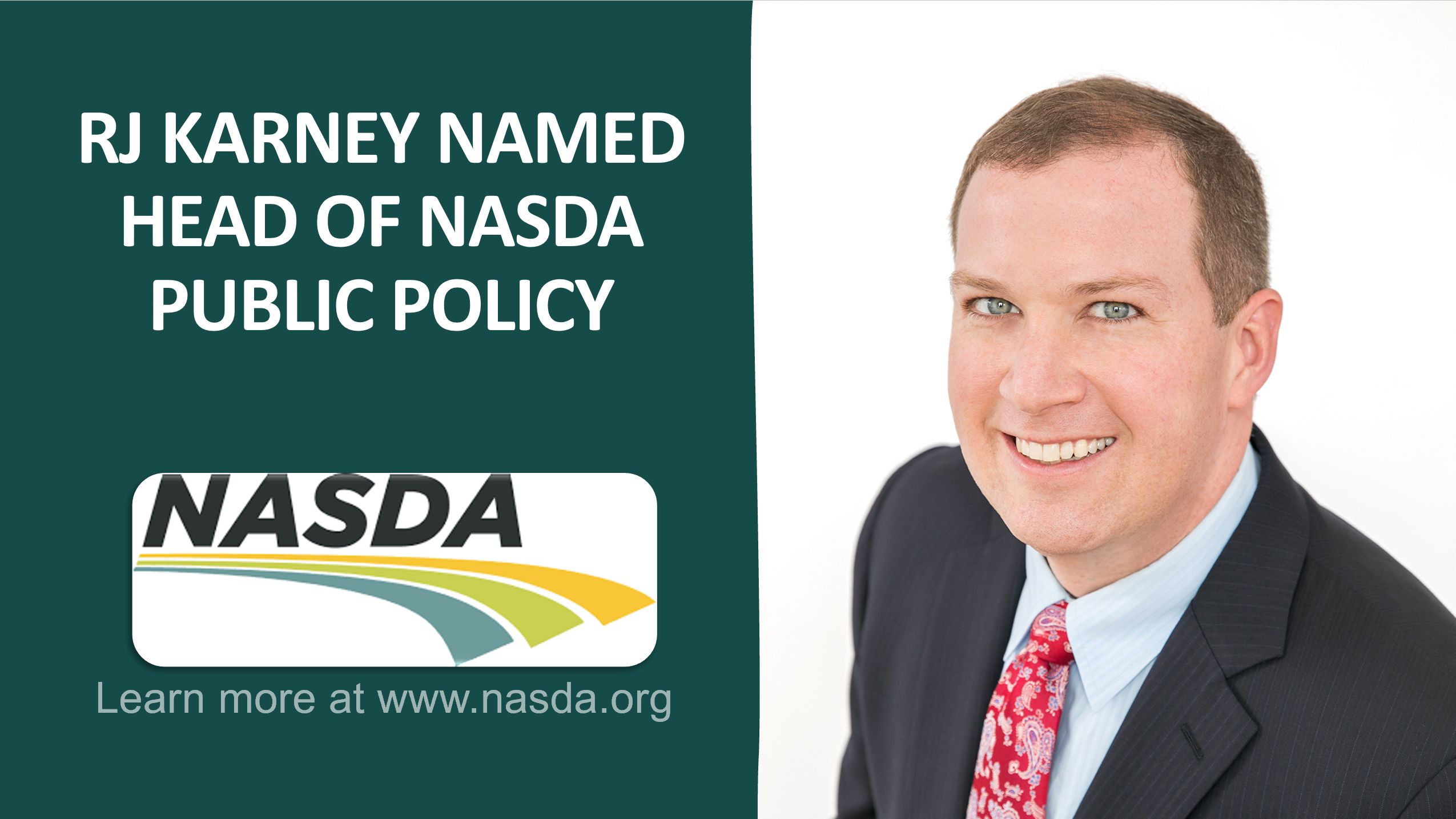 The National Association of State Departments of Agriculture (NASDA) is thrilled to announce the selection of Ronald “RJ” Karney, Jr. for Senior Director, Public Policy. Karney will serve as the strategic leader of NASDA’s public policy team during a period of significant growth and change for NASDA, the U.S. government, and American agriculture. RJ will bring specific strength in the areas of rural development, including broadband, appropriations and budget, and other financial security issues impacting farmers and ranchers.

“I will build on past successes of this organization to further elevate state departments of agriculture and grow the strength of NASDA,” said Karney. “NASDA will be at the table for farmers and ranchers as we create relationships with a new Administration and new Congress. Specifically, we will pivot to ensuring successful and timely implementation of the USMCA.”

“RJ’s highly reputable talent and experience in government relations will bring needed leadership to NASDA as we tackle our new strategic plan,” said NASDA CEO Dr. Barb Glenn. “RJ will further advance NASDA as the nonpartisan united voice of our members in Washington.”

Karney’s first day with NASDA will be Monday, December 7. Since 2004, Karney has served in a variety of policy roles with the American Farm Bureau Federation, most recently as Director, Congressional Relations. He holds a Master of Public Policy from George Mason University and a bachelor’s degree in history from the Catholic University of America. RJ’s passion for agriculture, vast service to states, and relationships are assets that will assure a strong future for NASDA’s policy strategies.

NASDA is a nonpartisan, nonprofit association which represents the elected and appointed commissioners, secretaries, and directors of the departments of agriculture in all fifty states and four U.S. territories. NASDA grows and enhances American agriculture through policy, partnerships and public engagement. Learn more about NASDA at http://www.nasda.org.