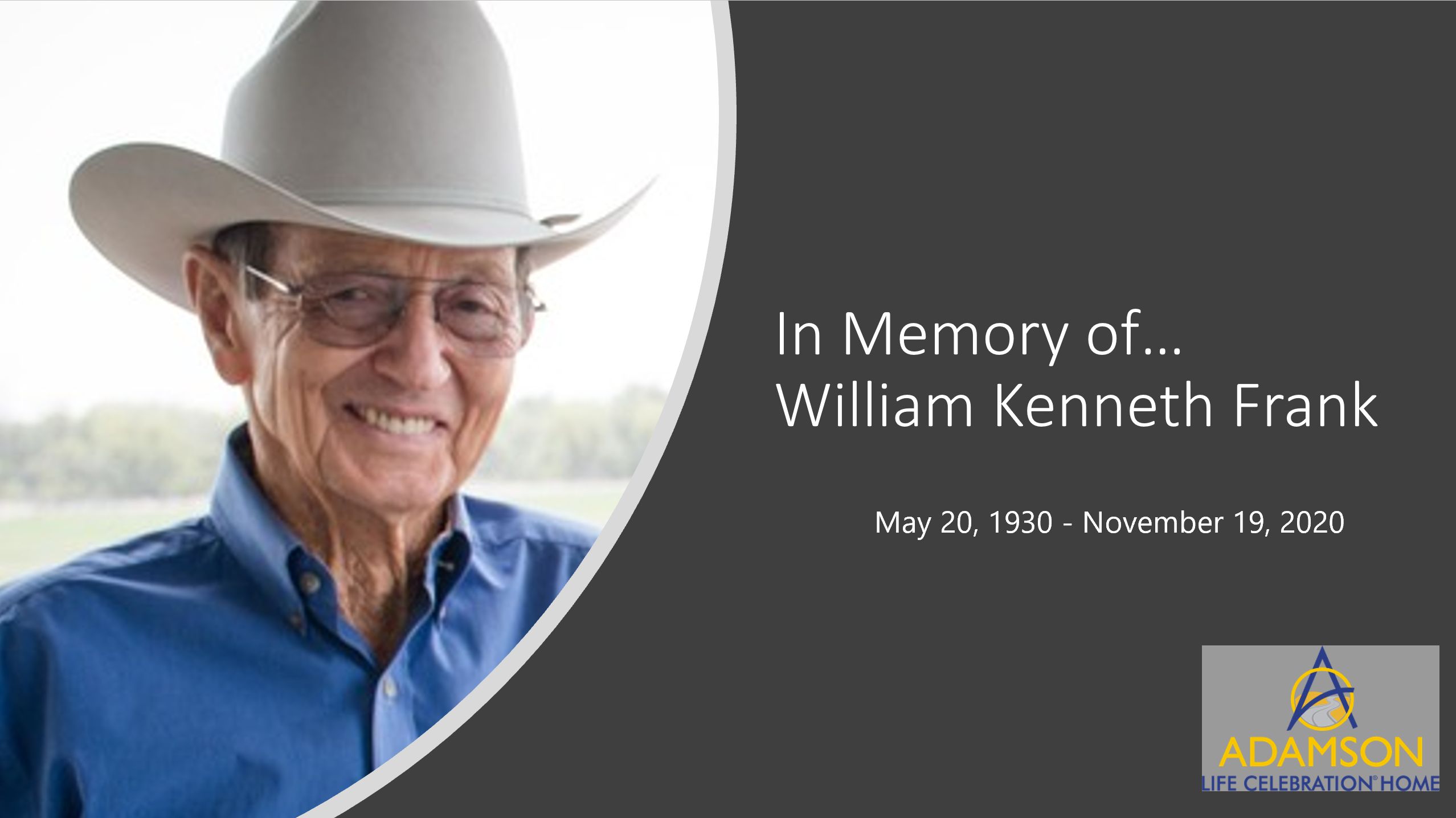 In Memory of William Kenneth Frank

Bill grew up in Windsor and later transferred to Johnstown High School and graduated in the class of 1948. Upon graduation he enlisted in the United States Navy and served until his discharge in 1949.

Bill married Marge Sitzman, on June 3, 1951. She was the love of his life and together they farmed and ranched in Weld County through their married lives. They started running a family dairy, located in Johnstown and in 1967 they sold the dairy and moved to Hudson to start Small Acres Angus and began farming their land. They retired from ranching in 2002.

Bill was heavily involved in the Weld County 4-H program. During his time living in Windsor, he became a 4-H leader for several decades. In 1954 became a founding member of the Weld County 4-H Foundation where he was a board member and held a number of board positions until he retired from the board in 2014. He also spent numerous decades involved with the Weld County Fair board and in 1984 he and Marge started the Bucket Calf Show, which still continues to this day.

Agriculture and the cattle industry were hugely important to Bill and he became a lifetime member of the Colorado Angus Association as well as the National Angus Association. Due to his involvement with the Weld County Fair board, he became involved with the Colorado Association of Fairs and Shows (CAFS) as a board member in the mid-1980’s. He became the CAFS president in 1989-90 and upon retiring from the board in 2004, was inducted into the CAFS Hall of Fame.

Bill saw a need for agriculture lending and banking to be represented in Weld County. He became a founding director of New West Bank in Greeley, in 2003 and continued on the board until 2014 after the Bank of Colorado merger.

After retirement he and Marge enjoyed traveling stateside and abroad.

CLICK HERE to watch the Memorial Service at Sunset Memorial Gardens in Greeley, CO on November 23, 2020

In lieu of flowers, memorial contributions may be made to the Weld County 4-H Foundation in care of Adamson Life Celebration Home, 2000 47th Avenue, Greeley, CO 80634.

Friends may send condolences to the family at www.Adamsoncares.com.