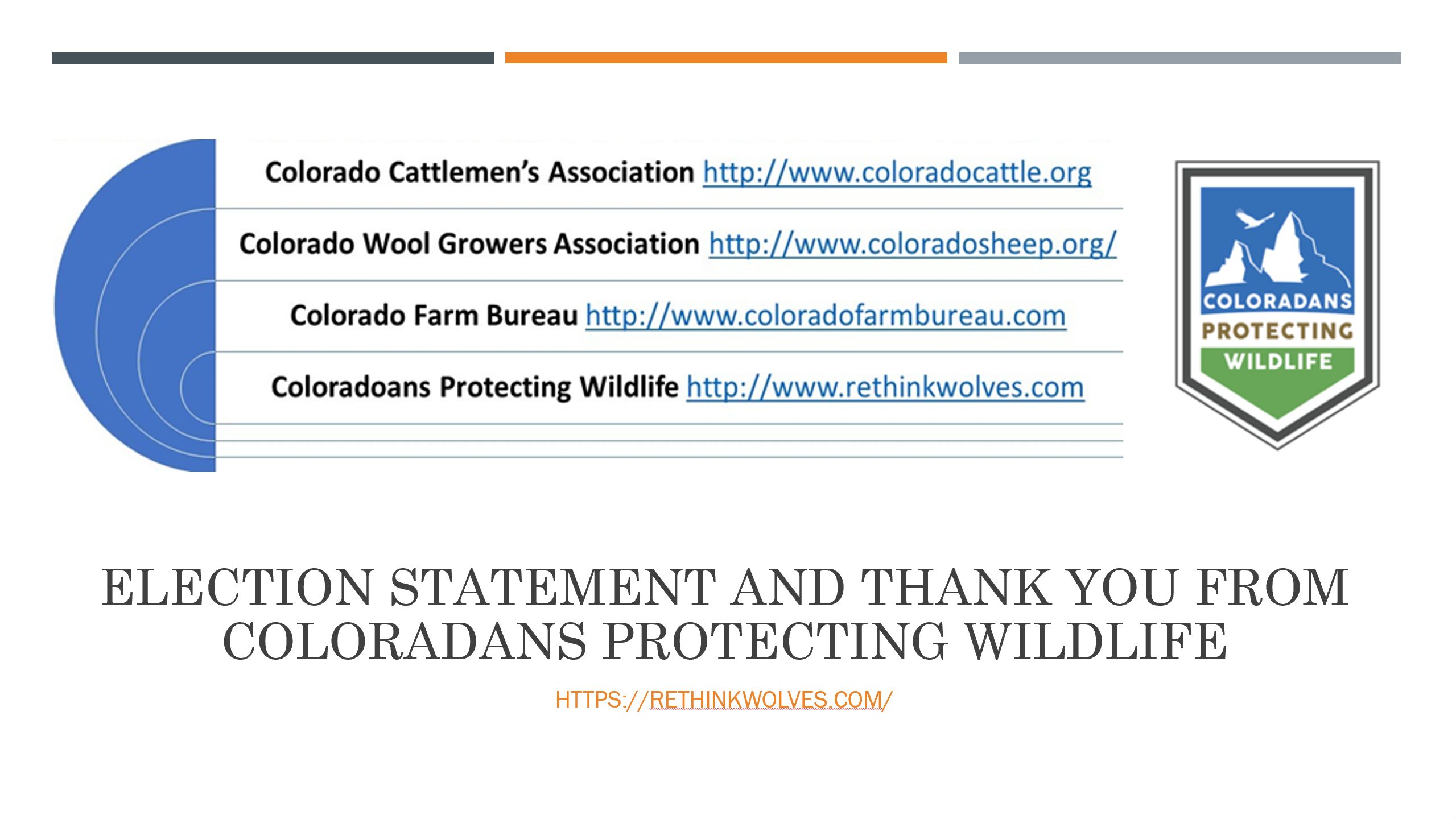 Election Statement and Thank You from Coloradans Protecting Wildlife

Thank you for joining our fight against Proposition 114. While the last few votes are still being counted, it now looks like the measure is going to pass.

Coloradans Protecting Wildlife stands firm in our belief that the forced introduction of wolves into Colorado is bad policy and should not have been decided by the voters. While the election did not turn out as we had hoped, we are moving forward to continue to educate Coloradans about the importance of this issue. The election results demonstrate that nearly half of Coloradans agree with us. We hope these election results show proponents, lawmakers and Colorado Parks and Wildlife that next steps must be taken in a measured, responsible way.

When voters were presented with verifiable information—like Colorado Parks and Wildlife rejected wolf introduction four separate times—their support for the measure quickly eroded with only 50.3% of votes currently supporting the measure. Multiple internal polls conducted by Coloradans Protecting Wildlife showed initial support for this measure was never as high as the proponents portrayed.

Our serious concerns with wolf introduction remain. As plans are made to introduce wolves into Colorado, we will work tirelessly to:

All along, our opposition campaign was led by those who would be directly impacted by this measure, including real Coloradans, sportsmen, farmers and ranchers, outdoor enthusiasts, and more. Despite a small group of wealthy, and often out-of-state, activists spending in excess of $2.1 million to pass this measure, our campaign, with less than $800,000 was able to illustrate why forced wolf introduction is wrong for Colorado.

Thank you for your support,