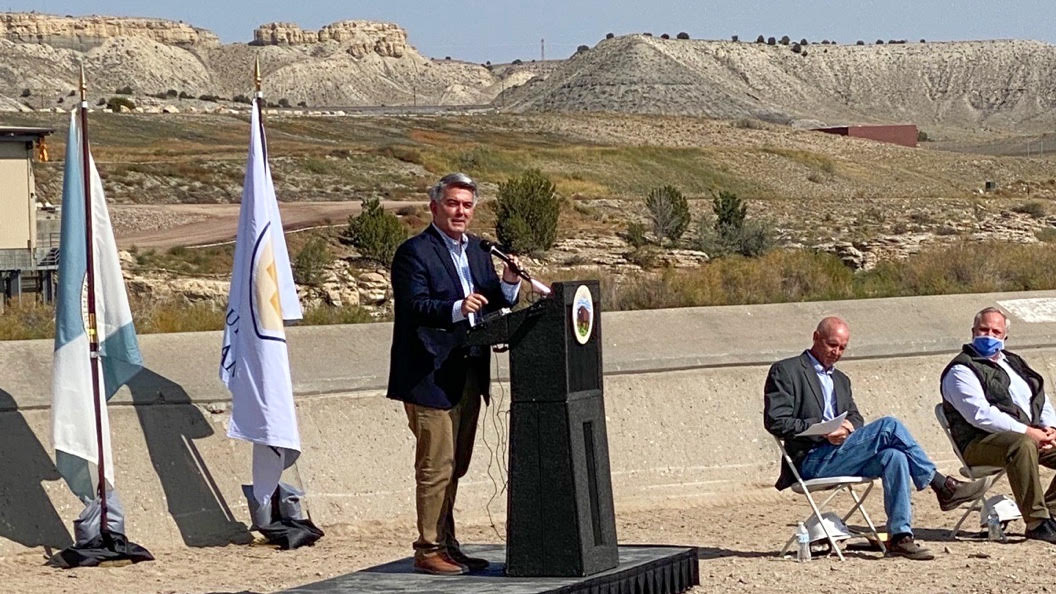 Washington, D.C. – U.S. Senator Cory Gardner (R-CO) helped break ground on the Arkansas Valley Conduit project in Pueblo, finally beginning construction on the project for the first time since Congress authorized it nearly six decades ago. In February, Gardner announced he secured $28 million of funding for the Arkansas Valley Conduit project, provided by the Department of the Interior Bureau of Reclamation’s Fiscal Year 2020 work plan.

“I was honored to secure the $28 million in funding to finally begin construction. The communities of the Lower Arkansas Valley deserve clean drinking water, which the Arkansas Valley Conduit will supply for generations to come. It’s exciting to see dirt moving on this project for the first time since Congress authorized it and President Kennedy promised completion nearly six decades ago,” said Senator Gardner. “I want to thank President Trump, Office of Management and Budget Director Vought, Department of the Interior Secretary Bernhardt, the leadership of the Bureau of Reclamation, and everyone in Southeast Colorado who worked tirelessly to make today’s groundbreaking possible. I will keep fighting to ensure the federal government upholds its funding commitment until the project is completed.”

Currently there are approximately 50,000 individuals in Southeast Colorado who have contaminated groundwater. The Arkansas Valley Conduit project, which was authorized by the U.S. Congress in 1962, will deliver clean drinking water to local communities across the region upon completion.

Cory Gardner is a member of the U.S. Senate serving Colorado. He sits on the Energy & Natural Resources Committee, the Foreign Relations Committee, the Commerce, Science, & Transportation Committee, and is the Chairman of the Subcommittee on East Asia, the Pacific, and International Cybersecurity Policy.