12-07-18 Another Colorado election is in the books

Another Colorado election is in the books 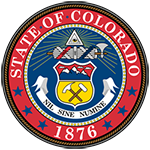 “The administration of the election went extraordinarily well,” said Colorado Secretary of State Wayne Williams. “I’m very proud of the work done by our office and by Colorado’s county clerks to ensure that a record number of Coloradans were able to vote.”

The Secretary of State’s website provides the election results, complete with maps that show voter turnout by county among other things.

One result of the higher turnout is that the signature requirement for a citizens initiative for the next four years will be 124,632 valid voter signatures. It had been 98,492. The state constitution requires signatures from “at least 5 percent of the total number of votes cast for all candidates for the office of secretary of state at the previous general election.”

Voter turnout can be calculated in several ways:

Voting eligible population, or VEP, is the national standard, and Colorado scored second highest in the nation.

* Mail ballot includes ballots returned by the post office, dropped into 24-hour ballot drop-boxes or delivered in person to a Voter Service and Polling Center. That breakdown is not yet available.

Democrats dominated in the 2018 general election, winning all statewide offices, including Secretary of State. Williams, a Republican, leaves office on Jan. 8.